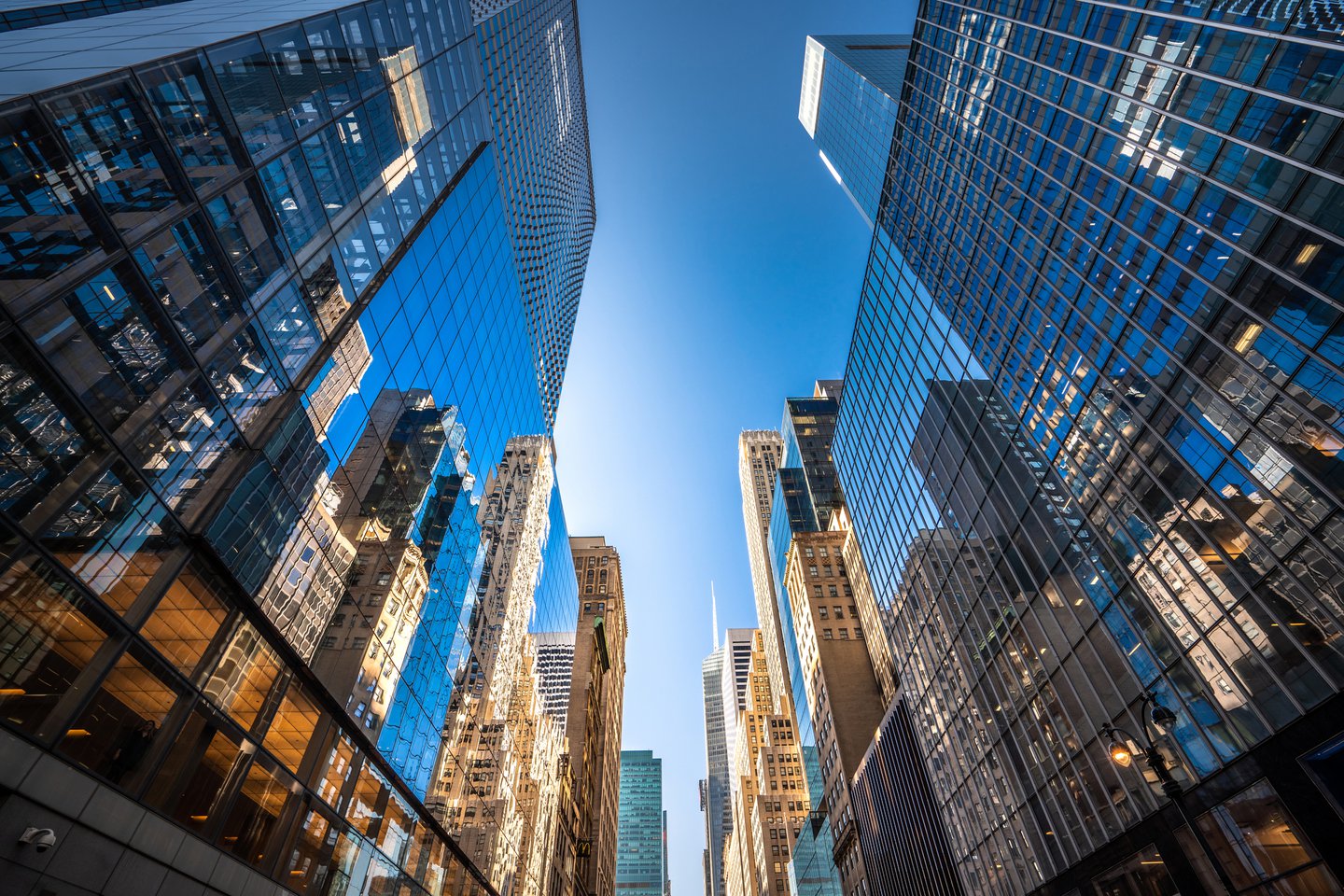 Real Estate Investing in 2021: Predictions From Investors and Experts

No one could have predicted the events of 2020. Between a global pandemic, volatile politics, and already changing real estate trends, making the right investments last year was especially challenging.

We heard a lot of interesting ideas, but a few trends rose to the top.

Most of our survey respondents think mortgage rates will stay low through this year.

Our readers predict an average mortgage rate of 3% in 2021. While that's slightly higher than today's rate -- just 2.77%, according to Freddie Mac (OTCMKTS: FMCC) -- it's still very low, historically speaking.

The prediction also falls in line with what major industry players have predicted. Fannie Mae (OTCMKTS: FNMA), for example, forecasts a 2.8% rate for 2021, while Freddie Mac predicts 3% even.

Our expert's take on mortgage rates: 3%

"As 2019 came to a close, I predicted that mortgage rates would fall to record lows in 2020," says Matt Frankel, CFP. That prediction came to pass.

Frankel says that slowing economic growth and the trade war with China drove this prediction, but COVID-19 was the nail in the coffin.

"I predict that rates will stay around their current record-low levels for at least the next year or so. There's a tremendous amount of economic uncertainty surrounding the pandemic that will likely linger for a while. And the Federal Reserve has made it quite clear that it doesn't foresee itself increasing benchmark interest rates anytime soon."

"This is by no means a certainty," Frankel is careful to remind readers.

"[T]here are some possible catalysts that could cause mortgage rates to rise, but I'd be quite surprised if we end 2021 with average 30-year mortgage rates greater than 3%."

Investors say CRE will be all about medical in 2021

According to Paydirt readers, medical and life science properties will be the hottest sector in commercial real estate in 2021. 2020 was a very volatile year for commercial investors, with lots of worrying CRE numbers.

We asked respondents which sector would be the biggest winner this year, and here's what they said:

It's no surprise that office CRE doesn't feel like a safe bet with the world going remote in response to COVID-19.

"The pandemic is de-emphasizing the unnecessary conventional office model," said one of our respondents, "and there will be an increasing number of people realizing they don't have to live in crowded cities to be gainfully employed and can have a better quality of life elsewhere."

Confidence in retail is low among our readers, but it's not at zero. Another respondent said this: "Retail real estate properties will slowly bounce back up, as people will want to go out to shop again -- this time appreciating what a trip outside of the house can do for you mentally."

It's also important to remember that the effect of COVID-19 on retail varies by location.

Our expert's take on CRE: retail will continue to suffer

Maurie Backman points out that Daniel B. Kline's predictions for 2020 have come to pass: not only that store closures would continue into 2020, but also "that malls would pivot to add more non-retail establishments to the mix -- specifically gyms, coworking spaces, and expanded restaurants."

"As of Nov. 30, an estimated 8,379 stores have closed this year, according to Coresight Research," says Backman. She adds that Coresight predicted at least 20,000 closures earlier in the year.

"Looking ahead into 2021, it's clear this trend will continue," she says.

Because a widely available coronavirus vaccine is at least several months away, Backman sees nonessential retailers being hit with additional restrictions.

"Plus, many consumers are just plain afraid to shop in stores, and given the economic crisis at hand, many also can't afford to. A sluggish holiday season could therefore pave the way to additional retail closings in the coming year."

"All of this is particularly bad news for mall operators, who can't afford to keep losing tenants -- especially department store anchors. It'll be interesting to see if malls take a proactive approach to the ongoing crisis by expanding their tenant base in 2021 in an effort to get ahead of retail closures."

"It may be a little unconventional to sandwich a doctor's office between a clothing store and an accessory shop," she says, "but if it brings in the revenue malls need, so be it."

Investors say housing starts and pricing will stay strong in 2021

According to Census Bureau data, new residential construction has been booming lately. In December 2020, the country had clocked more than 1.6 million housing unit starts (seasonally adjusted). That's up a solid 5% year over year.

On the back of surging homebuyer demand and the lowest inventory levels on record, home prices skyrocketed in 2020. According to the Federal Housing Finance Agency, home prices rose 7.8% in the third quarter alone.

We asked our respondents if an end was in sight, and nearly 40% said definitely not. Of the few that were optimistic, the majority said they don't expect relief until later in the year.

Investors say big cities will continue to struggle in 2021

Urban areas saw big population losses in 2020. In efforts to socially distance -- not to mention spread out while stuck at home -- millions of urbanites packed up and left, leaving many major cities with rising vacancy rates, plummeting rents, and ever-struggling economies.

Though vaccines offer some hope for these troubled towns, it doesn't seem like there's much optimism that rents can bounce back. In fact, our Paydirt readers overwhelmingly believe they won't. A whopping 72.9% said big-city rents will not come back to pre-pandemic levels in 2021.

One of our respondents predicted "[c]ontinued new homebuilding in suburbs and smaller cities as there continues to be an exodus out of congested cities. Also, continued out-migration from California to other less populated and less expensive western states."

Lena Katz predicted that clashes over higher-density multifamily development, particularly low- and medium-income, would intensify in 2020.

"I hoped that social responsibility would prevail," she says. "It feels like the entire nationwide argument has been sidelined by COVID-19," though Katz believes the need for housing reform has intensified.

She points out that the need to house traveling healthcare workers, the spike in Americans who can't keep up with mortgage payments, and the fact that "the pandemic threw social safety net issues into stark relief" has highlighted the need for socially responsible development.

"Of course, this could also have to do with the downward spiral in demand for luxury condos in urban core areas. Developers are looking for other products that may have more appeal."

The COVID-19 pandemic, says Katz, has changed the desire for high-density development.

"[P]eople are afraid of living in population density these days -- are fleeing it, in fact. Many people with privilege are moving to the suburbs or rural regions. And ambitious projects that were approved in the past two years have seen construction stalled due to lack of resources."

"Basically, issues of housing inventory supply and demand have been turned inside out and shaken all around by the pandemic, but the need for housing reform remains."

Katz predicts that we'll see some movement on housing reform in 2021, as both Democrats and Republicans have expressed interest in curbing 2020's alarming housing trends.

Investors are not concerned about rising property taxes in 2021

Our own Maurie Backman predicts homeowners could see a rise in property taxes this year, largely due to declining business revenues and struggling municipalities.

But our survey respondents? They're not too worried. When asked about a tax hike, our respondents averaged "slightly concerned."

The response is surprising, particularly considering those home price predictions noted above. As we all know, when home values rise, so do tax bills -- and values will likely rise considerably as we get further into 2021.

Investors are not sure about opportunity zone investing in 2021

Only 16% of our respondents said they're definitely planning some opportunity zone investing this year, while over 40% say they're open to it.

Our expert's take on opportunity zones: 2021 could be a great year to invest

"According to consulting firm Novogradac, more money was put into qualified opportunity zone funds in the last three months of 2019 than what had previously been put into the entire program," explains Crowe.

"Because of this, I thought that 2020 would be a down year for opportunity zone investment. The extra tax benefit of getting in before the end of 2019 would push people to invest, and then opportunity zone funds wouldn't raise nearly as much."

That entire prediction got smashed by the coronavirus pandemic.

Crowe isn't sure if this trend will hold in 2021. A recovering CRE market may make opportunity zones less appealing, and tax benefits decrease each year.

"At the same time, there are still monumental tax benefits for real estate investors in qualified opportunity zones, but investors should still look for quality deals with proven developers rather than chase a risky bet simply for the tax advantages.

Yale points out that both California and Sacramento voters struck down rent control bills despite having some of the highest rents in the country.

But that doesn't mean that rental investors aren't facing problems.

"COVID-19 hit renters hard, and with eviction moratoriums across the country, many landlords were (and still are) left high and dry on rent."