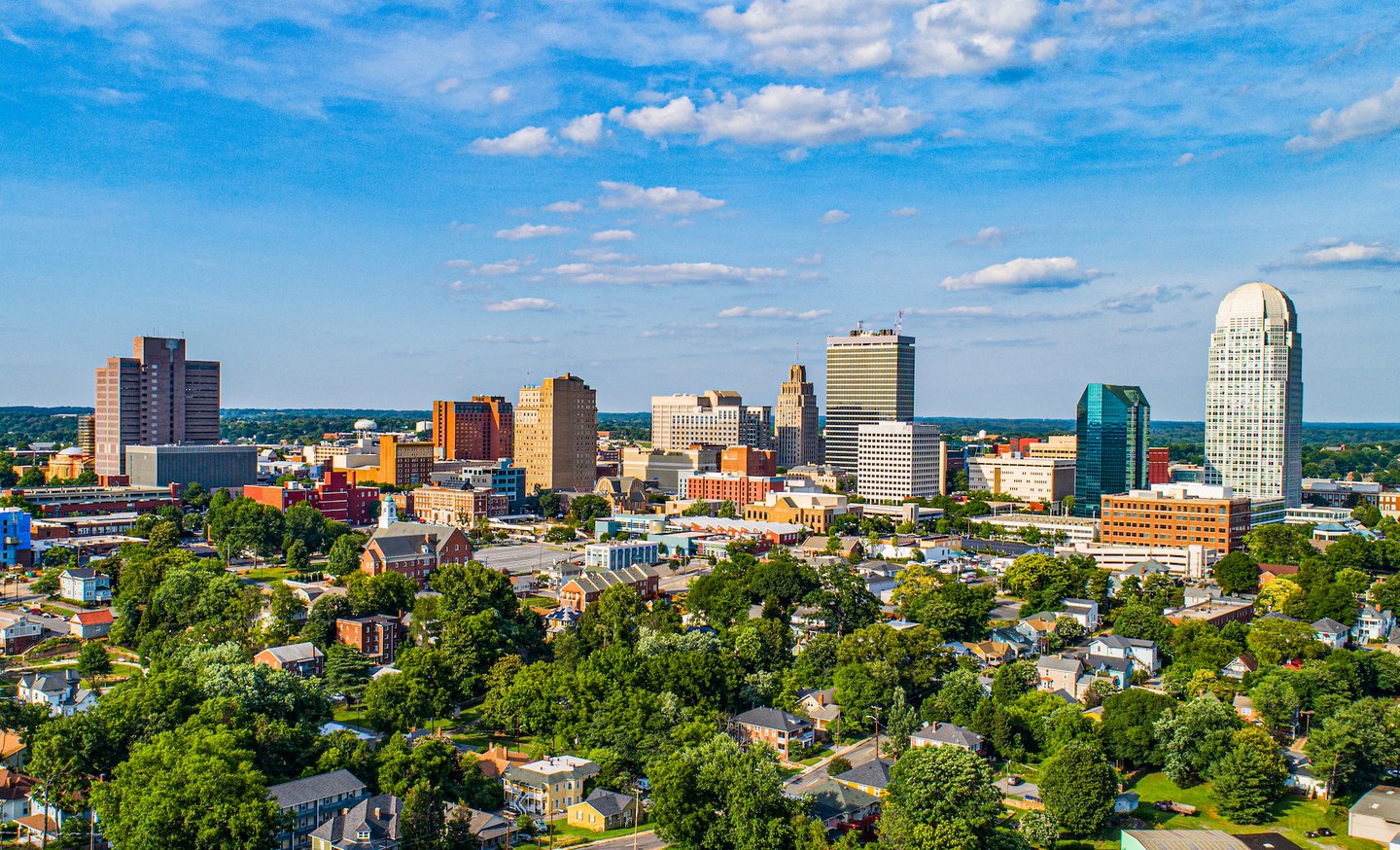 Economists have long agreed that geographic mobility is crucial to upward economic mobility. Unfortunately, the willingness of Americans to move in search of greater opportunity has been on the decline for at least the past three decades. The mover rate continues to fall and the latest Census Bureau estimates show Americans are moving at the lowest rate since they began tracking the data in 1947.

The reasons why Americans haven’t been moving are as varied as the population itself. But the prevailing theory holds that cost of living differentials between low cost/low opportunity and high cost/high opportunity areas are such that even motivated potential movers can’t afford to make the leap. This was especially true in the decades leading up to the Great Recession, which saw an unprecedented concentration of opportunity in a few select metros, mostly in the West and Northeast, i.e. Silicon Valley and New York City.

But there are some signs this trend has begun to shift as talent continues to flee the high cost of living in America’s elite coastal communities, and companies in desperate need of this talent follow. Net migration data, which accounts for both outmigrants and inmigrants, show that the West was the leader in gaining new residents as recently as 2017. But beginning in 2018 and through last year, the South saw a surge in net population growth as unprecedented economic opportunity attracted the relatively few Americans who did opt to move.

These trends are consistent with what we have found in our analysis of the best metros for renters in 2020. Not only are the metros of the South and Midwest the most affordable, but thanks to the current economic expansion they also offer some of the highest job and wage growth in the country. This combination of affordability and opportunity has already begun to draw renters from the West and Northeast, and it is only a matter of time before investors begin to capitalize on the growing demand.

While surging population growth and high price-to-rent ratios largely determined the top metros for investors, the list for renters is driven mostly by high wage growth and a low cost of living. Renters looking to flee the high prices of the coastal urban cores can now enjoy a level of economic opportunity that was once only found in a few select cities.

If the story for rental investment in 2020 is to follow economic growth as it spills over from large metros, the story for renters is that they can push the boundaries even further to get the most value possible.

This is perhaps best illustrated by the concentration of small metros (fewer than 500K residents) in the top 10 located between other major cities on the map. For instance, while investors might find the best opportunities in Charlotte, NC right now, renters will enjoy the much lower cost of living in nearby Winston-Salem and Spartanburg.

While Winston-Salem matched Charlotte’s wage growth in 2018, Spartanburg outpaced it by half a percentage point. Granted, five-year job growth was highest in North Carolina’s most populous city, but not by much. All three metros had double-digit five-year growth rates, and similar wage growth, yet rent in Charlotte is nearly $300 more per month.

With that said, Charlotte still ranks in the top 10, illustrating that even large metros in the South offer a high standard of living at an affordable price.

The Top 10 Metros for Renters

Outranking the runner up by a full five index points, Fayetteville, AR stands out as a top destination for renters mostly due to its staggering wage growth. Up 10.9% year over year in 2019, wage growth in the Fayetteville metro outpaced the tech hubs of San Francisco, Seattle, and Boulder. Thanks in part to the ultra-low rent of about $1,000 per month, the area also boasts one of the lowest costs of living in the nation. While the downtown area drips with historic charm, the close proximity of the University of Arkansas also keeps the city vibrant.

Just on the outskirts of the pricey and prestigious research triangle, Winston-Salem is the spot where renters can escape the high prices of Raleigh and still find great job opportunities. Over the past five years, the region has become a magnet for workers in the nanotech and biotech fields. But you don’t have to have an advanced degree to find a high-paying job here; It’s also home to major corporations like Hanes, Krispy Kreme, and the PepsiCo Customer Service Center.

While tied with Winston-Salem overall, Spartanburg takes a slight edge when it comes to cost of living and commute time. This isn’t surprising given that it has about half the population as Winston-Salem and is in fact the smallest metro by population in the top 10. This doesn’t mean, however, that there aren’t big job opportunities in the region. Spartanburg county is home to the world headquarters of Denny’s and America’s BMW manufacturing facility.

Only slightly larger than Spartanburg by population, the Huntington-Ashland metro is a historic hub of industry and commerce in the U.S. From the CSX Transportation hub to the 70,000 square foot Amazon customer service center, the local economy is diverse and growing. Wages in the metro are among the fastest growing in the nation, according to our analysis, and the median rent of $871 is among the lowest.

While Lafayette may not be the first city to come to mind for renters interested in becoming honorary cajuns, Millionacres’ data show that it ought to be. From 2014 to 2019, employment grew five times faster than in Baton Rouge and four times faster than in New Orleans. With a burgeoning tech scene and its reputation as a foodie’s paradise, the median rent of $944 per month is a steal.

Sharing in the dynamism of Upstate South Carolina, the Greenville metro is among the fastest growing job centers in the U.S. Of the 188 metros in our analysis, Greenville ranked 7th for five-year employment growth, outpacing the neighboring boomtown of Spartanburg by 10 percentage points. The cost of living here is slightly higher than in the other Upstate cities, but the rent remains below the median rent nationwide.

One of the few midwestern metros to rank in our top 10, Grand Rapids has garnered a lot of attention from the business press of late. Ranked one of America’s top 20 “superstar” cities by Reuters, Grand Rapids has bragging rights for having some of the best craft breweries in the U.S. and is home to one of America’s hottest zip codes according to Realtor.com. With one of the highest median rents in the top 10, Grand Rapids’ popularity is clearing catching on. Still the relative cost of living here is lower than in nearby Chicago, Ann Arbor, and even Detroit.

At 5.8% year over year, Provo had the second highest annual wage growth in the top 10 and employment growth that outpaced 5 of the 10 cities on our list. In other words, Provo is booming. Compared to neighboring Salt Lake City, the median rent is $200 cheaper per month and jobs are growing almost three times as fast. Much of this job growth is due to a thriving tech sector in Provo, which now accounts for nearly 11% of all jobs in the region and makes Provo the fastest growing tech city in the U.S., according to a recent report from Cushman & Wakefield.

Another bright spot for renters in the Midwest, Cincinnati residents experienced some of the highest wage growth in the country in 2019. In addition to solid job growth and the low cost of living, renters may be enticed to make the move to Cincy thanks to a new renter-friendly law that recently passed. The new city law provides several options for Cincinnati renters to pay for their security deposit, including spreading payments out over a six-month period or paying a low monthly premium for security deposit insurance in lieu of the traditional lump sum. The law is seen as a landmark in renter’s rights legislation and is sure to attract new renters to the area.

At 37.1%, Charlotte had the highest five-year employment change among the top 10 and wages grew just over 3% year over year in Q2 2019. An ongoing labor shortage continues to plague employers in North Carolina’s largest city, which means talented workers willing to relocate to the area have a lot of leverage when it comes to negotiating a higher wage. Securing a competitive wage will be important for new renters in the area given that Charlotte rents are among the highest in the South

The Upshot for Investors

History may prove 2020 to be a turning point for rental investors in the U.S. Recent migration data and employment numbers show that investors who have doubled-down on the high-priced urban cores of large metros may be slightly behind the curve.

The commonalities between this study and our recent analysis of the hottest markets for rental investment in 2020 suggest that we are in a sweet spot for rental investors willing to venture outside the big cities.

Especially due to the low acquisition cost of rental properties in these regions, it seems the only thing that has kept investors away is a perceived lack of demand. Now that job opportunities and wages are beginning to grow in diverse metros across the country, rental demand will likely follow.

To determine the top 10 rental markets we created a weighted index that includes a basket of market indicators for 188 metropolitan statistical areas (MSAs). MSAs were limited to those with a minimum population of 250,000 to control for volatility. After gathering data for a metro’s individual components, we calculated their percentile rank. We then weighted each variable and summed them to create the final Millionacres Score on a scale from 1 to 100.