Single-Family Rental Default Risk Has Fallen, but Where, and for How Long?

As the COVID-19 pandemic began receding this spring, so did the risk of mortgage default among a segment of real estate investors that appeared to many to be particularly vulnerable: owners of single-family rentals (SFR) who fall into the "mom-and-pop" category.

RealtyTrac tracks such things in its business as an online marketplace for foreclosures, and in its latest Rental Property Risk Report for the first half of 2021, it says the average risk of default for such rental properties among the nation's largest 100 counties fell by nearly 16% in the first half of the year.

That could change, however, as the delta variant -- particularly among the unvaccinated -- has filled hospitals beyond capacity and strains the healthcare system in many areas even more than it was when COVID-19 first swept through the populace.

That's because plague 2.0 is making it increasingly difficult to keep schools open, forcing many parents to stay home. Then there's the growing impact on business and leisure travel. And the list just goes on. The effects are many-faceted and entangled, and it all comes to roost at home. Including rental homes.

The default risk score makes a list, with Florida and California on top

RealtyTrac reports its assessment in the form of a default risk score (DRS) that can help guide real estate investors mulling where to look for rental property to buy yet this year and beyond.

The score uses three county-level criteria: the percentage of SFR properties, the relative unemployment rate, and the loan-to-value ratio for rental properties that have a mortgage.

On a scale of 100, the average DRS score among the nation's largest 100 counties fell from 43.6 to 36.7 in the first six months of the year. But this being real estate, all things are local.

The report shows that 45% of the 100 largest counties have an above-average DRS compared with 53% at the end of 2020. Florida and California lead the latest list, with eight and seven counties on that list, respectively.

New York County in New York was the most at-risk with a DRS of 73.7, followed in order by the counties that include these metro areas:

The lowest-risk county, according to RealtyTrac, is Salt Lake County in Utah at 6.9 out of 100, followed in order by:

Eviction moratoriums and federal unemployment benefits go away -- what follows?

"There are two timely elements we're keeping a close eye on that can adversely affect the risk of default by rental property owners," RealtyTrac EVP Rick Sharga told Millionacres after the report's Aug. 18 release. "The first is the surge in delta variant cases. Another lockdown could lead to a subsequent economic downturn and an extended eviction ban. Those would definitely impact rental property owners."

"The second is the expiration in September of the government's enhanced unemployment benefits, which could make it difficult for some tenants to make their rent payments," Sharga added.

One of those factors has gone by the wayside, for the most part. The Supreme Court threw out the CDC's extended eviction moratorium on Aug. 26 after it had been in place since the first months of the pandemic in spring 2020. Some are still in place, though. For example, New York's has been extended through Jan. 15, 2022. California's, meanwhile, expires Sept. 30, and reports say it's not expected to be renewed.

And now the extended federal unemployment benefits have just expired, affecting an estimated 7.5 million people. How many of them can or will go back to work remains to be seen, as does whether an avalanche of evictions occurs because of all these factors.

The flood of investor money into SFRs by public and private companies can obscure the fact that mom-and-pop investors, defined by RealtyTrac as those who own less than 10 properties, cover nearly 90% of SFR homes in the United States, and many are mortgaged.

These owners' ability to raise rent and sustain losses is far different from the big operations like real estate investment trusts (REITs) Invitation Homes and American Homes 4 Rent. But it can hardly be assumed these property owners will slip en masse into default and foreclosures.

Still, knowing the relative risk in multiple markets can help alert investors stay ahead of the pack when it comes to sniffing out good deals for flips and income property in such a generally hot market.

VineBrook Homes Is About to Get a Lot Bigger 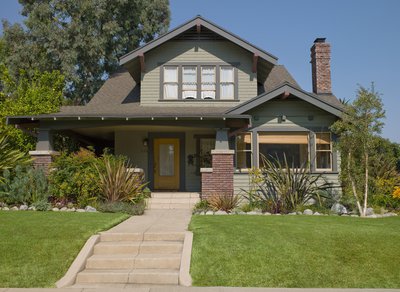 SFR Platform and Brokerage Awning Gets $9.3 Million in Funding

Blackstone Making an Even Bigger Bet on Single-Family Rental Homes