Midsize U.S. Cities at the Forefront of Economic Recovery: Where to Invest

The biggest urban cities experienced the most upheaval during the coronavirus pandemic. There was perhaps nothing quite as eerie as seeing major metros showing no life, except for perhaps the wildlife that started taking back the land.

Major metros will bounce back from that dystopian development, but not without some competition. People are starting to embrace a simpler, more spread-out lifestyle, and that means America's midsized cities are probably going to recover first. Let's find out which ones are best positioned and the reasons for their successes, as these cities might make for lucrative investment opportunities.

As the major coastal cities such as New York, San Francisco, and Los Angeles are experiencing people leaving, other cities are seeing people arriving. These cities are vibrant and drawing businesses, which brings in workers. The Wall Street Journal named the following cities "rising stars" regarding economic activity:

These cities have been vetted, meaning they're probably a good bet for investment property, but they've also already been discovered. That means home prices are likely to rise, if they haven't already.

In Greenville, for example, the median January home sales price was already up 16% from last year -- and this at a time when the national median was up only 5%, according to the WSJ. The takeaway: The earlier you get in on a city that becomes hot, the better.

It's important to know which cities are hot for investment purposes but just as important is understanding the reasons for a city's economic success. Here are some of them.

Cities that offer affordable, spacious homes with a backyard are attractive to most families who are perhaps just making do in a cramped apartment in a huge urban city. Now that many people can work remotely, they're moving to places where they can be more comfortable.

Cities that already have established industries like finance and manufacturing, along with new high-tech jobs, typically fare better in economic downturns. They tend to be more resilient, since they're not heavily dependent on one industry, such as tourist towns can be.

Real estate investors should typically focus on locales with low unemployment, as this indicates a successful town. These locations are usually ones where people want to come for work, meaning residents should earn the income needed to pay rent or buy a house.

Cities with a picturesque landscape and outdoor activities, such as hiking and biking trails, and no more than four hours or so from a major metro seem to be the sweet spot for an investable midsize city.

Cities not under excessive government control

In a nutshell, it was mostly Republican governors who prioritized opening up and getting the economy going, whereas Democratic governors prioritized lockdowns with the thought they would help save lives. So for investment purposes, red states are tending to do better economically, at least for the time being.

If you're the type who likes to get in at the beginning, before a location is recognized as a good investment opportunity, plug in the formula that tends to make a successful city, and you might beat the crowd on your next investment jewel. 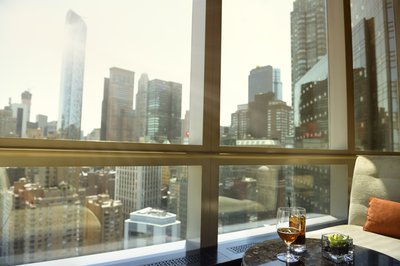 How Long Before the Manhattan Market Loses Momentum?