Can a St. Joseph Statue Help Sell Your House Faster?

Some will say a move-in ready home will result in a quick sale. Others say it's all about location. And there are yet others who say it all depends on St. Joseph.

St. Joseph was the earthly father of Jesus Christ. As such, he holds a very important place in the Roman Catholic Church and in the hearts of many of the faithful. A carpenter by vocation, he is known as the patron saint for many groups of people, including craftsmen, pregnant women, engineers -- and yes, even home sellers.

The tradition of St. Joseph being lucky in real estate dates back to the Middle Ages. A group of nuns wanted property for their convent and buried St. Joseph medals on the land to encourage the transaction. Today, it's sellers, not buyers, who hope for St. Joseph to look favorably upon them. And rather than bury medals, you can bury St. Joseph himself -- that is, a small plastic figurine of his likeness -- on the property you want to sell. You can actually pick up a St. Joseph kit at your local home improvement store, which goes to show how many people believe in his power to attract buyers.

Now, here's where traditions deviate a bit. Some successful sellers say the hole has to be a foot deep. Some say he needs to be next to the For Sale sign. (If you're selling an apartment or condo, most will say a flower pot will do.) But many will agree that St. Joseph has to go in head first. The argument is that he will have to work hard -- find a buyer for your home, that is -- in order to right himself again.

Call it tradition or superstition, but many successful real estate agents and homeowners, regardless of religious affiliation, are thankful for St. Joseph's supposed intercession in the sale of property.

Maggie Ludwiczak, a real estate agent with Village Square Realtors in Upper Montclair, New Jersey, makes burying a statue of St. Joseph a regular part of her work with clients.

"I plant [a St. Joseph statue] near the front of the property in a flower bed or similar area, perhaps two or three inches down in the soil, face down but head facing the property." Feel free to mimic her technique, which apparently is quite effective. Ludwiczak says, "Only twice in probably over 100 times used did it not work," she says, noting that those two properties had been withdrawn by the sellers anyway.

Jennifer W. and her family in Staten Island, New York, are of the Jewish faith. That didn't stop a friendly neighbor from knocking on the door with a statue of St. Joseph to help them sell their house faster. "Our neighbor gave us a little statue that we buried upside down in a flower pot on our front stairs, and there were bids on the house the first night! Maybe this neighbor really wanted us out? In retrospect, I'm thinking that since we're Jewish, that statue might've really been working for her as much as it helped us!"

Chris L., a homeowner from Cranford, New Jersey, had at first kept St. Joseph in the kitchen when he was trying to sell his home, but no luck. His wife had felt uncomfortable burying it, thinking it was sacrilegious to do so. But their house wasn't selling. When he finally buried it in the front yard two weeks later, the house sold in two days. "This may have also had something to do with the 10% price reduction that coincided with [burying the statue]," he says.

Chris realized until too late that he should have dug St. Joseph up when they were packing to move. "We still have friends on that block," he says. "More than once I've been there and considered a secret mission to sneak back and dig it up. I've been close, but haven't gotten up the courage yet. I haven't come up with the excuse for when the new homeowners open the door and see me digging in their flower beds."

My own St. Joseph story

I had my own interesting experience with St. Joseph, though like those nuns from centuries ago, I was on the buying end of the transaction, not the selling end. But I didn't realize it until after we had moved in.

The first year in our new home, I was planting tulip bulbs in my garden. I dug up what I thought was a small action figure buried upside down in the dirt. Upon further inspection, I saw it was a tiny St. Joseph statue. I nearly didn't recognize him -- I had graduated from a Catholic high school that was actually named for St. Joseph, so I was used to seeing statues of him in a much bigger form.

I can confirm that St. Joseph did not work for the previous owners of my home. The property lingered on the market for months until the owners accepted our offer for about 5% less than asking price. Does that mean he worked for me and my husband? Quite possibly. So yes, I do believe that St. Joseph can work wonders in real estate.

I didn't know what to do with the little figurine, so St. Joseph is now hanging out on top of the dirt in a nearby flower pot. Perhaps he can rest up so that he'll be ready for when it's time to sell our home.

St. Joseph's influence on real estate transactions is steeped in tradition, not church doctrine. While many will tout his blessings, there are those who say he wasn't enough to motivate buyers. In the end, it is up to buyer demand and local inventory that determines whether your property will sell quickly or take more time. 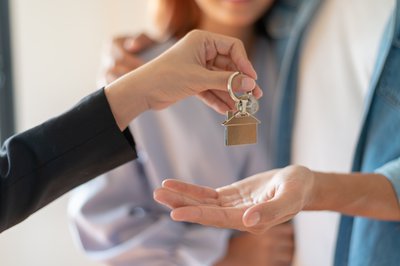 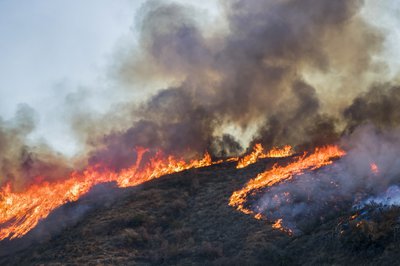