2020's Most Popular City for Relocation Will Surprise You

According to USPS data, more than 16 million people moved in 2020 despite the pandemic. Many left high-cost urban areas for the suburbs or cheaper and warmer locations across the Sun Belt region. While major metro areas like Austin, Texas, and Miami grabbed the headlines, smaller cities across the Sun Belt saw some of the strongest in-migration trends.

According to data from moveBuddha.com, more people moved to the historic city of Charleston, South Carolina, than any other city in its size category. Here's a look at why people are flocking to this southern coastal city.

Digging into that data

Relocation website moveBudda.com assisted more than 400,000 people who moved last year. They used that proprietary data to uncover the most popular large cities (those with populations between 100,000-200,000) among those who relocated in the country last year. Charleston led the way.

An average of 33 people moved to the Charleston region each day. While many people move to Charleston for work, the city also draws retirees and remote workers seeking lifestyle changes. Overall, the city's population has grown 23.3% over the past decade, three times faster than the U.S. average.

The influx of people has put a lot of pressure on the Charleston housing market. Home sales were up 32% over the past year as of April 2021. That drove down inventory levels. In January, the Charleston area had its lowest supply of houses on the market in 20 years, at around 2,300 homes. That's well below the need of 10,000 listings to bring the market back into balance.

Many factors draw people to Charleston. The city has a diverse and thriving economy, providing abundant employment opportunities for job seekers. It's also relatively affordable despite the strong housing market. Meanwhile, it boasts an excellent healthcare system, leading AARP to name Charleston one of its top five Dream Towns for retirees.

However, what sets Charleston apart from other cities is its unique blend of historical charm and coastal living. Historic downtown Charleston is a major tourism destination. Routinely ranked as among the world's best cities for travel, Charleston's architecture, historical significance, southern charm, shopping, and dining options draw a steady stream of travelers from around the world. Charleston also features six pristine beaches on the Atlantic coast, adding to its tourism appeal.

Charlestonians have these amenities right outside their doorstep. On top of all that, Charleston boasts relatively mild year-round weather, abundant outdoor and family-friendly activities, and low property and state income tax rates. Add it all up, and Charleston enables residents to live in a world-class destination at an affordable price, making it a leading relocation destination.

How real estate investors can take advantage of Charleston's growth

As America's most popular moving destination among large cities, Charleston is a great market for real estate investors. In particular, the city's housing market is one of the biggest beneficiaries of the influx of new residents.

For example, leading national home builders like Pulte and Lennar (NYSE: LEN) benefit from having a large presence in the Charleston market. Lennar, the No. 1 builder in the Charleston market, sells homes faster than it can build them. On its most recent quarterly conference call, the company noted that the Charleston market is "extremely strong" as it's "benefiting from limited inventory, job growth, and quality of living." That's helping drive strong sales for the builder.

Meanwhile, given Charleston's red-hot housing market, many of those moving to the region need to start off renting. That's benefitting rental property investors in the area. For example, look at residential real estate investment trust (REIT) Mid-America Apartment Communities (NYSE: MAA): effective rent for its apartments in the region has risen 3.6% over the past year. That's well above the 1.3% average of its Sun Belt-focused portfolio.

The region's above-average rental growth is leading direct-to-investor platform Fundrise to expand its rental platform in Charleston. It has lined up deals to acquire another multifamily property and invest in building out a portfolio of single-family rental (SFR) homes to capture this strong residential rental demand.

As a Charlestonian, I'm not surprised by its popularity. The city's combination of historic charm, affordability, weather, and world-class amenities make it a great place to live. Those features also make it an ideal location for real estate investors. They can benefit from rising values and rental rates, which is why investors should take a look at this popular place.

Disclosure: Matt DiLallo is an investor on the Fundrise platform. 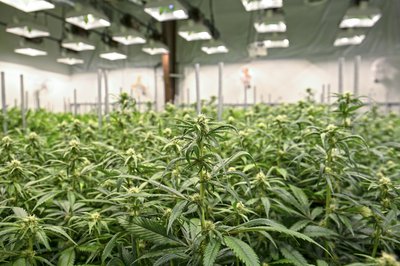 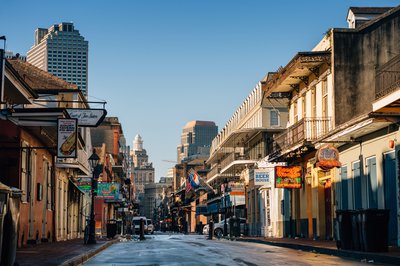