Where Will Data Centers Build in 2021?

It has been a busy few years for data centers, and data center real estate investment trusts (REITs) have been growing by leaps and bounds as well. In fact, NAREIT reported as of October 31, 2020, data center REITs delivered a total return of 22.61%. While this seems positively sluggish compared to last year's return of 44.21%, it shows the fast growth in this sector isn't just a flash in the pan.

A 2021 forecast from CBRE found that this year hyperscale companies and large cloud-service providers as well as content providers found a spike in demand this year. While some of the pandemic-inspired need for data centers will abate somewhat in 2021, our reliance on computing power isn't going anywhere.

Data centers are leased by watts rather than square footage, and costs of construction are considered the same way. The most expensive data center market in the world isn't in the United States, it's in Zurich, Switzerland. Consultancy Turner & Townsend recently released a comprehensive report on the costs of building data centers and found that the Swiss city topped the list. Amazon (NASDAQ: AMZN) recently announced it's building AWS data centers in Zurich. These centers will serve many of the company's European customers and will be available by the middle of 2022.

In Europe, much of the data center activity focused on what are called the FLAP markets: Frankfurt, London, Amsterdam, and Paris. However, data center providers are also starting to look at other secondary markets, including Berlin, Warsaw, Milan, Madrid, and Vienna. These are just the beginning of continued data center expansion into a variety of markets, including India, Indonesia, and Mexico.

In the U.S., Northern Virginia rules as the world's largest data center hub and has over 270 megawatts under construction. Data center REITs including Digital Realty Trust (NASDAQ: DLR), Equinix (NASDAQ: EQIX), and QTS Realty Trust (NASDAQ: QTS) all filed leases in the areas in 2020. Amazon bought 100 acres in Chantilly, Virginia in the start of 2020 to build data centers. Dallas is the second-biggest U.S. data center hub, with Equinix, QTS, and Digital Realty all expanding in the area. Facebook (NASDAQ: FB) continues to expand its large data center presence in Fort Worth.

Silicon Valley is the third largest, even though land in the region is highly expensive. According to the Turner & Townsend report, one U.S. data center market to keep an eye on is Phoenix, where there are currently 40 providers and 76 facilities. Recently announced projects in the Phoenix area include a 50-acre campus in Goodyear, Arizona. Iron Mountain (NYSE: IRM) is creating a 40-acre three-building project just a couple of miles from downtown Phoenix.

Part of the concern for data center builders is that they need to complete data centers in a shorter and shorter time frame. According to the report, hyperscale data center construction schedules need to be condensed to under a year rather than the traditional 15-18 months.

Turner & Townsend found that 85% of survey respondents believed that data center construction demand would be higher in 2021 than it was in 2020. We checked in with Turner & Townsend on how much of this construction will be for REITs versus purpose-built for hyperscalers like Amazon and Facebook themselves.

"No two cloud service providers have exactly the same ratio, and the ratios are different depending on the maturity of the market requiring investment. But a broad brush overall ratio would be 50/50 between wholesale build-to-suit with a REIT vs self-develop and operate."

Data centers and data center REITs have proven their worth as nearly recession-proof investments. Last month, The Real Deal referred to data center real estate as "having a moment," and while it's true that interest in data centers increased this year, it was part of a larger trend that has only accelerated because of the rise in e-commerce and the need for more and more computing power in all aspects of life. Data centers will search for more real estate in places where they're already established, as well as find new places to expand and offer their services to clients in more locations. 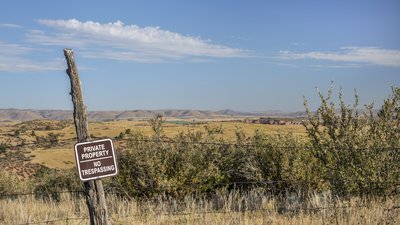