Should You Rent Out Your Investment Property as a Movie or TV Set?

Picture it: You're at the theater watching the latest blockbuster when a familiar home comes into view. The main character walks past the tulips you planted and climbs the steps to the front porch you added on.

While your fellow theater patrons may shush you, you'd likely have good reason to be excited in this scenario. Location scouts are often willing to pay top dollar to shoot at a property that's a good fit for their project.

Should you rent out your investment property as a movie, TV, or commercial set? Let's explore how much money you stand to make, what you need to know, and how you can get in on this opportunity.

From establishing shot to heart of the action

When you imagine signing your home over to a studio, you might picture a crew and all their gear packing into your house, leaving no corner untouched. And while that can be the case if your home's interior will be heavily featured, it doesn't have to be. Your home could simply be used for an establishing shot, meaning it would set the stage as the location of the following interior scene -- which is often actually filmed in a studio.

While this arrangement might pay less than one involving full access to your home, the disruption and time required would be minimal. There are also several scenarios that would fall somewhere between these two extremes, like using the exterior for active filming or only filming in the main living areas of your home.

And rest assured that your home doesn't have to be fancy to make the cut. Depending on the project, all kinds of characters need all kinds of homes.

Vacation rental property owners are probably in the best situation for exploring this opportunity, as they can simply schedule shoots and then block off those days on the rental calendar. Of course, you'll want to make sure before doing so that you'll be making more from the shoot than you would from vacationers. And if you can get a studio interested in renting your property during the off-season -- jackpot!

But what if you have long-term tenants in place? That doesn't have to put your home's shot at stardom out of reach. Of course, you'll need to respect your tenant's space as well as their legal right to the property. Real estate attorney David Reischer says you would need the tenant's written permission to allow a film crew inside.

And what should you consider if using the property for establishing shots, like we discussed earlier? "A movie production company that only wanted to video record the exterior of the property may not need any tenant permission if the exterior is generally accessible to the public in an urban area," Reischer says. "However, video filming in a more secluded external area, such as the countryside or suburbia, will likely require tenant permission if the privacy of the tenants were to be violated."

And whether you have tenants or not, before renting out any property for filming, attorney Andrew Winters of Cohen & Winters recommends consulting an experienced real estate attorney to cover all your bases, adding:

The No. 1 thing to consider is a mutually agreed-upon contract. Both parties should sign this and have it registered before starting any filming or moving onto the property. Ensure that the agreement covers all necessary points, such as length of stay, nature of use, and any charges.

He also advises including a damage clause to protect your property against any potential damage.

We've written about how you can generally expect to make more with short-term rentals than long-term, with the caveat that short-term rentals tend to be much more work. But renting out your property as a film set turns the tables on this arrangement by offering you the opportunity for an impressive payday with little effort.

Remember "don't call us, we'll call you"? Well, a gig like this could find you, as scouts are known to peruse vacation rental websites looking for properties that catch their eye. If you'd like to actively seek out opportunities, LocationsHub bills itself as "the first place filmmakers go to for scouting locations." Their site offers a platform for listing properties available for film productions, with plans starting at $4.95 per month to list a single property. According to the site, you set your rate and pay no commission.

As for how high you might want to set your rates, according to LocationsHub, "The daily rate for renting your property for filming is approximately the property's monthly mortgage."

Not a bad return for one day out of your rental calendar.

Renting out your investment property as a movie, TV, or commercial set isn't appropriate for all situations. If your property isn't located in or near a city where much filming goes on, signing up for a listing platform probably won't make much sense. And if you have a long-term tenant who isn't keen on the idea, your home may have to forgo the fame.

But for many short-term rental owners, this could be the most lucrative opportunity they encounter as a real estate investor. You may want to consider whether it could be the right move for you. 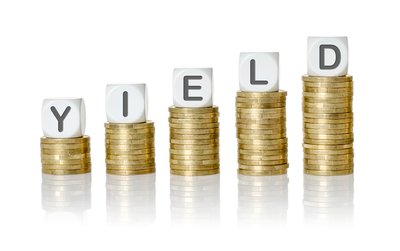 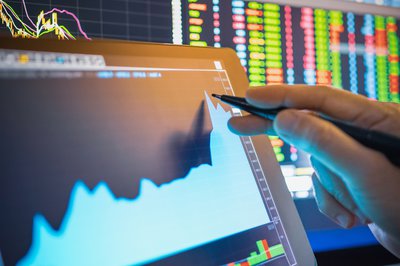