Opendoor Gets Aggressive on Expansion: What Investors Need to Know

Much to the dismay of many Realtors, iBuyers aren't going anywhere. In fact, the original iBuyer (and one of the biggest of them all), Opendoor (NASDAQ: OPEN), is expanding. Find out what's in store for one of the leaders in an industry that's changing the way America sells and buys homes.

Opendoor, at its first investor earnings call on May 11, revealed its expansion plans. Right now, Opendoor operates in 33 markets, but it plans to increase that number to 42 by year's end. Note that while Opendoor buys houses in all the markets it operates in, it doesn't sell in all of them. It currently sells homes in only 20 markets.

Work better in the markets it's in

In the markets where Opendoor currently buys, the company plans to focus on increasing its market share. That's where Opendoor shines. Like a wholesaler or flipping pro, it excels in soliciting homeowners and getting them to sell their home to Opendoor, a company that can pay cash. Or if the homeowner prefers, they can now list their home with Opendoor, using an Opendoor agent (in markets where this applies).

Long-term plans for Opendoor include increasing the markets it conducts business in to 100, and here's a big idea: According to Inman, Opendoor CEO Eric Wu plans on "serving" more than 70% of all U.S. homes. If by "serving," Wu means he thinks Opendoor will have a hand in 70% of all the home transactions in the country, that sounds like a tall order -- not quite as braggadocious a claim as some that Adam Neumann made regarding WeWork, but almost.

Wu is feeling bold after the company expanded its buy box, meaning Opendoor's been able to increase the types of homes it buys regarding price range, geographic area, and home type. Wu's boldness also comes from business being up from last year -- but real estate is booming across the country right now -- meaning business should be up for Opendoor just to keep on pace.

Called Opendoor Home Loans, Opendoor offers mortgages to its customers to make Opendoor a sort of one-stop shop. And here's a brilliant strategy: Whenever a client of Opendoor is interested in buying a home through Opendoor, they are also automatically prequalifying themselves for an Opendoor mortgage. Opendoor has purchased a closing company as well.

Why the iBuyer controversy?

Realtors don't particularly like iBuyers because they cut into their business. Realtors can't understand why people would choose an iBuyer transaction over a traditional sale, since sellers tend to get more money when they sell the traditional way using an agent. But there's a market for people who want a more seamless home selling and buying experience -- and are willing to pay a price for it.

Lots of competition for Opendoor

Opendoor has plenty of competition, not only from other iBuyers, of which there are many -- Offerpad, Zillow Offers, RedfinNow, Orchard, EasyKnock, Ideal Agent, Rex, UpNest, HomeLister, Compass, We Buy Ugly Houses/HomeVestors, ExpressOffers, RealSure, and HomeLight, to name a few -- but from traditional real estate brokerages and for-sale-by-owner types too.

Maybe not all iBuyers will survive, but this is looking like a proven business model, as it's been going on now for seven years. iBuyers make a slow, arduous, and sometimes painful process -- selling and buying a home -- easy. People pay a price for that, but for many, it's worth it. iBuyers make real estate more liquid.

Opendoor went public after merging with a SPAC -- special purpose acquisition company -- called Social Capital Hedosophia Holdings Corp. II. Opendoor raised $980 million at that time and then "completed a follow-on public equity offering of $860 million in February [2021], giving it a massive war chest to expand," reports Inman. This one seems interesting for investors. 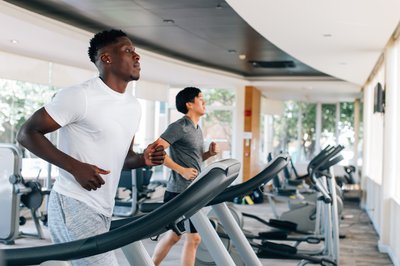 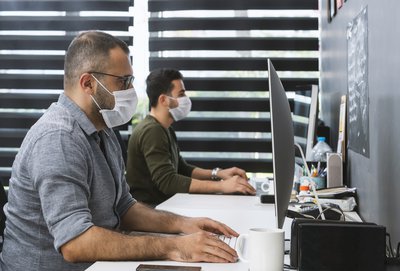