GEO Group Suspends Its Dividend, Will Evaluate Its REIT Structure

Prison REIT, or real estate investment trust, GEO Group (NYSE: GEO) has suspended its dividend while it decides its future. The company is evaluating whether it makes sense to remain a REIT or follow fellow private prison operator CoreCivic (NYSE: CXW) in converting back into a traditional corporation. The move follows increasing pressure on private prison operators after the Biden administration's decision not to renew federal contracts with these companies. Here's a closer look at how this move could impact REIT investors.

Taking time to evaluate its options

GEO Group plans to evaluate what tax structure makes the most sense for the company in the future. In the meantime, it's suspended its dividend effective immediately. That will allow it to maximize use of its cash flow, including paying down debt and internally financing growth.

The company also canceled $35 million of planned capital spending and set a goal of repaying $125 million to $150 million of net debt this year. The company aims to conclude its evaluation by the fourth quarter. If it remains a REIT, it will likely need to make an additional dividend payment to maintain its REIT status.

This move follows the path set by CoreCivic last year. In June, CoreCivic suspended its dividend while evaluating changes to its corporate structure and capital allocation options. In August, the company unveiled its decision to abandon the REIT structure and become a taxable C corp, effective Jan. 1, 2021. That gave it the flexibility to retain more cash to repay debt and internally finance growth. It didn't have that option as a REIT, since IRS regulations require that it pay out at least 90% of its taxable income each year.

GEO Group had initially planned to remain a REIT despite growing headwinds facing private prison operators. An increasing number of financial institutions have stopped lending money to the sector. On top of that, legislators had threatened to take action against the industry because many see their profiting off incarceration as part of the criminal justice system's problem, not a solution.

This year, those headwinds have gotten stronger following an executive order by the Biden administration that the Justice Department should not renew contracts with privately operated prisons. That's starting to have a direct impact on the bottom lines of prison operators.

For example, last month, the U.S. Marshals Service (USMS) didn't renew its contract for GEO Group's 222-bed Queens Detention Facility following the executive order. That lost contract will cost the company $19 million in annualized revenue if it cannot lease the facility to another government entity. Meanwhile, the USMS notified CoreCivic in February that it wouldn't extend its contract on the 2,016-bed Northeast Ohio Correctional Center past the 90-day extension that started on March 1.

These nonrenewals came at a time when prison revenue was already under pressure as the pandemic caused a decline in prison populations. As a result, several government agencies opted not to renew their contracts, leading private prison operators to idle several facilities.

With revenue declining from nonrenewals and private prison operators finding it more challenging to borrow money, it's forcing them to consider alternative options. One of their choices is to exit the REIT sector and retain all their dwindling cash flows to reduce debt.

The end of prison REITs?

Given the headwinds facing private prison operators, it seems highly likely that GEO Group will join CoreCivic in exiting the REIT sector. That move would allow it to reallocate its cash flow toward reducing debt. While that would take some of the pressure off its balance sheet, it won't solve all its problems. That's because private prison operators have a serious image issue they need to address. These companies must become part of the solution driving positive change to improve the criminal justice system, not profiting off the incarcerated. 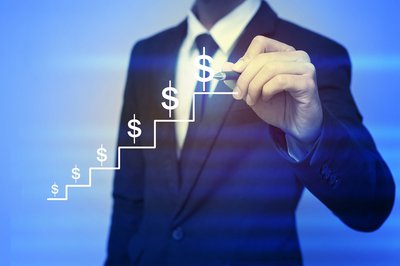 3 REITs That Have Room for Growth