Fix-and-flip investors, take note: It seems more distressed properties will be hitting the market soon. According to new data, foreclosure starts were up in August, marking the first such uptick this year.

It’s not a huge surprise. The foreclosure ban on federally backed properties ended in July, opening the door for servicers to start foreclosure filings as early as Aug. 1. And they did. According to ATTOM Data Solutions, foreclosure filings were up 27% between July and August and 60% over the year.

What does that uptick mean for investors, though? And will we continue to see these big jumps throughout the year? Let’s dive in.

For investors who typically focus on distressed properties, the news is good -- but don’t expect a huge market shift just yet.

Though foreclosure starts were up, they’re still well below historical levels. According to ATTOM’s data, in August 2019 (the last normal year we had regarding foreclosures), there were nearly 28,000 foreclosure starts -- a far cry from this August’s 8,300 and change.

In short: Foreclosure starts are up, but overall volume? That’s still very low.

Don’t expect any huge influx of distressed properties -- at least not this year. According to Sharga, foreclosures will continue to pick up steam as we finish out 2021, but it won’t be anything earth-shattering: “We’ll continue to see foreclosure activity increase over the next three months as loans that were in default prior to the moratorium reenter the foreclosure pipeline, and states begin to catch up on months of foreclosure filings that simply haven’t been processed during the pandemic. But it’s likely that foreclosures will remain below normal levels at least through the end of the year.”

In the meantime, if you’re really feeling desperate for inventory, consider switching up markets. As with all things in real estate, foreclosures are a local matter, and some places are seeing higher rates of foreclosure than others.

In Bakersfield, California, for example, one in every 1,796 units had a foreclosure filing in August. Over in Birmingham, Alabama, it was just one in every 4,649.

Foreclosures are certainly picking up -- and that’s good news for fix-and-flip investors and others searching for distressed inventory. Still, it won’t mean a massive waterfall of listings just yet.

Fortunately, the market seems to be slowing down in other ways, with overall listings up and buyer demand starting to wane. It could offer a good opportunity to switch gears on a buy-and-hold rental, vacation home, or another type of investment property. 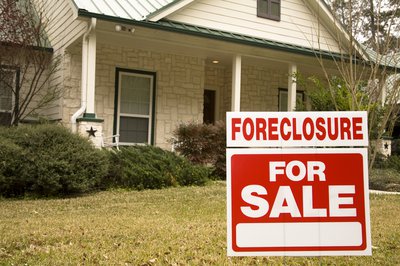