However, that has changed in recent years as more people have migrated to the Sun Belt region because of better weather, job opportunities, and overall affordability. That's forcing Equity Residential to shift its strategy and expand beyond the coasts. Here's a closer look at where it's moving its portfolio.

Equity Residential detailed its latest moves in its second-quarter report. The residential REIT purchased three properties in the quarter for $280.2 million. They were in Denver; Fairfax, Virginia; and Atlanta. While the Fairfax acquisition aligned with its long-standing strategy of focusing on coastal gateway cities, Denver and Atlanta are part of its new vision. Equity Residential previously re-entered the fast-growing Denver market in 2018 when it acquired two properties for $274.7 million. It has since bought several more properties in the city, which now contributes 2% of its net operating income (NOI). Now, it's re-entering the Atlanta market.

The company also announced that it has already made several more purchases in the early part of the third quarter. It bought four properties for $365.5 million, including two in Austin, Texas, one more in Atlanta, and another in suburban Boston. It also purchased a land parcel in Denver for future development. Austin is the newest market in the company's portfolio as it returns to Texas.

Equity Residential is funding its portfolio pivot by selling assets. It sold five properties for $409.5 million in the second quarter and another for $25.3 million early in the third quarter. Those properties were in suburban locations in Los Angeles, New York, Seattle, and San Francisco. The company noted that these were "older, less desirable or regulatorily challenged assets, especially in California."

Why it's making this switch

Several factors are driving this expansion outside of its core coastal gateway markets. Austin, Atlanta, and Denver all feature a high number of affluent renters, favorable long-term demand drivers, and manageable new supply. Further, they should have lower regulatory risk.

For example, Atlanta's population has grown at a 1.4% annual rate over the last decade, which is faster than the U.S. (0.7%) and the company's existing markets (0.6%). Meanwhile, Austin is growing even faster, at 2.9%. More importantly, the affluent renter market -- Equity Residential's target -- is growing at a double-digit rate in both cities, ahead of the high-single-digit growth of its existing markets and the national average.

The main factor driving that migration is an abundance of high-paying jobs. Atlanta has delivered 2.5% compound annual job growth over the past decade while Austin's rate is 4%, both well above the national average (1.6%) and Equity's existing markets (2%). That's because technology, healthcare, and other companies are relocating or expanding into these cities. For example, Austin is becoming a major tech hub because of its better business climate.

While many of those relocating to these cities for work are buying homes, that's driving up home prices, benefitting the rental market. Meanwhile, new apartment supply remains limited enough so that rental rates -- which are still relatively affordable compared to buying -- are growing at above-average rates.

Expect the transition to continue

Equity Residential is still in the early days of its portfolio repositioning. On its second-quarter conference call, the company noted that it had purchased $645 million of properties to date and expected to close another $850 million by year's end, which it will fund with additional asset sales, primarily older properties in California. It sees even more investment in the future. Equity Residential noted on the call that it's aiming to invest about $2 billion over the next few years to grow its Atlanta portfolio up to 20 properties and sees the potential to spend more than $1 billion to expand its Austin portfolio to 10-12 properties. That shift towards these growth markets should enable the REIT to grow its funds from operations (FFO) faster than if it maintained its coastal focus, which should create more value for its shareholders. 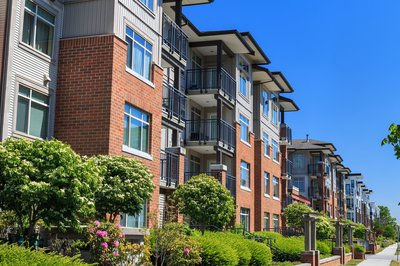