Death of the Downtown Business District Is Greatly Exaggerated: Some ‘Occupier Insights’ for CRE Investors

Well, for insight on office occupation, it makes sense to turn to someone whose title is "global head of occupier insights," and the person with that role at Cushman & Wakefield (NYSE: CWK) dismisses the idea that there's some permanent mass exodus from America's great central business districts.

"Our view is that the migration trend is a bit overstated and that once the pandemic is over, there will be a strong return to the gateway cities for all the reasons businesses were there in the first place," says David Smith, who holds the position mentioned above, and Kevin Thorpe, who is global head of research and co-authored a new report with Smith, titled "U.S. Sector FAQs: What We Learned Q1 2021."

Smith and Thorpe said the reasons for those businesses returning and remaining include "clustering/innovation, thick labor pools, infrastructure, mass transit, amenities, airports, arts and entertainment, restaurants, etc. Moreover, we note that in some of the global cities we track, where the virus is more contained (e.g., Beijing, Shanghai, Sydney) those cities are already snapping back."

Back home, notes the report from Chicago-based Cushman & Wakefield, the pandemic's effect on emptying downtown office space -- at least in terms of leases -- was not particularly dramatic in the nation's largest markets. Which is a good thing, considering how much of the whole enchilada they represent.

Downtown departures more like a drip than a deluge, maybe even less now

The report -- based on researching the occupancy of 5.4 billion square feet of office space in 87 domestic markets -- says that "historically, 44% of all office leases nationwide occur in the six gateway cities: Boston, Chicago, Los Angeles, New York, San Francisco, and Washington, D.C."

That did drop to 41.5% in 2020. "While that could suggest there was some movement out of gateway markets due to the pandemic, it is worth observing those same cities were the ones hit hardest by the pandemic," Smith and Thorpe write. "So, perhaps the drop in leasing activity simply reflects the fact that it was more difficult to do leases in areas where COVID-19 was raging the most."

The Cushman & Wakefield report also notes that in the first quarter of 2021, that share of the leasing activity ticked back up to 43.4% and touring activity rebounded in March 2021 to pre-pandemic levels for four of those six gateway markets.

The researchers also noted that residential flight isn't the same thing as business flight. "In analyzing housing data and population data, we do know that the pandemic caused people to move to lower-cost markets at a rate that was larger than the pre-pandemic norm," the report stated. "But in terms of businesses, there has been far less movement, which also makes sense. Leases are longer and relocating a business is a bigger decision, likely a trailing indicator."

That said, Cushman & Wakefield Research did find that the proportion of renewals of one year or less signed in 2020 more than doubled -- to 22.6% from the historical norm of 10.2% -- in the second quarter of last year.

"Clearly some businesses remain in wait-and-see mode and are simply delaying longer-term real estate decisions until there is more certainty about their business and how much space they will need," the authors wrote. "That said, this is not the majority. In fact, over 75% of leases signed in Q1 2021 were for more than one year, and nearly 40% were for four years or more."

Meanwhile, the report also found that tours -- which the report calls "typically a leading indicator for accelerated leasing activity" -- started picking up in February and were nearly back to pre-pandemic levels in March.

The Millionacres bottom line: We'll see you in September

As of April 2021, 26% of U.S. office workers were back at the office," the report said. Assuming the number of vaccinated adults in the U.S. hits 70% by July, most companies "are still penciling in September of 2021" for when most workers will have done just that.

"Most are still coalescing around this idea of returning after Labor Day -- recognizing that people will travel this summer and see family and friends and then return to the office in the September time frame. Clearly there is still a lot of uncertainty around this date, but that is the current assumption in our baseline outlook," Thorpe and Smith say.

They also wrote that the impact of the work-from-home dynamic remains to be seen, noting that the phenomenon had begun before the pandemic and that the impact on office space is likely to be felt gradually as leases expire over the next 10 years.

That's a long window in real estate investment, especially for buyers of stock in such things as office retail investment trusts (REITs), but it's always a good time to watch developments as they unfold. 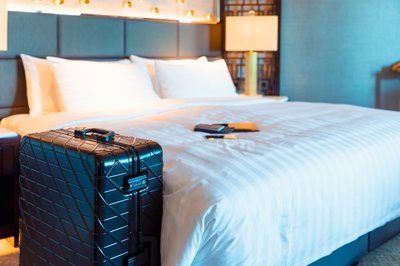 Is JLL Taking On Airbnb? 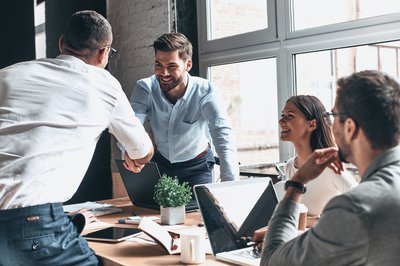 Businesses Are Back, But Hiring Isn't. How Low Employment Is Impacting Real Estate