Invitation Homes (NYSE: INVH) and American Homes 4 Rent (NYSE: AMH) are two of the largest players in the single-family rental-home niche. This is a relatively new real estate investment trust (REIT) category, but it's one that has seen huge growth. And demand shows no signs of slowing down. So, if you're looking for a way to play this hot market, first, you'll need to determine which of these two dominant players is the right one for you.

That changed when people stopped paying their mortgages en masse during the recession mentioned above, allowing institutional investors to scoop up large numbers of properties that also happened to be located near one another. Both Invitation Homes and American Homes 4 Rent were big players in this process.

Today, Invitation Homes owns around 80,000 properties across 16 markets, and American Homes 4 Rent owns nearly 54,000 homes across 22 states. They are two of the biggest guns in this emerging REIT niche. Emerging is an important word because the industry has already undergone material changes.

One of the most notable changes is that landlords are teaming up with builders to buy in bulk or even build entire rental communities from the ground up. For example, Invitation Homes tends to favor bulk purchases, while American Homes 4 Rent is pushing the accelerator on building single-family rental communities. This is, really, the first major differentiating factor for investors to consider.

Construction can be very profitable, but it comes with notable risks: for example, today's spiking lumber prices. But there are other risks, including your project's timing and your ability to find construction workers, among others. In addition, delays and cost overruns can quickly diminish returns, while a project that's started in the "good times" but delivered when times are less sanguine could fail to live up to financial expectations.

Invitation Homes' multipronged approach to buying assets -- which includes bulk purchases, individual acquisitions, and auction buying, among others -- allows for a bit more flexibility in shifting to the best buying option in any given market environment.

That said, the single-family rental sector has been on fire lately. For example, Invitation Homes raised rents on newly signed leases an impressive 7.9% in the first quarter, and leases in the same-store pool rose a generous 4.4%. What's more, American Homes 4 Rent did even better, with a 10% increase in new leases and a same-store increase of 5.6%.

Indeed, there's a huge demand right now for single-family homes -- and a limited supply to go around. So rents are rising, but there's a double benefit to this. In addition to higher rental rates, the actual values of the homes owned by these companies -- as well as the companies' net asset values -- are climbing. And both companies believe there's plenty of room for these trends to keep running.

The big problem is that Wall Street appears to be well aware of the opportunity here. For example, Invitation Homes' dividend yield is a modest 1.8%, while American Homes 4 Rent's yield is a downright miserly 1%. For reference, the S&P 500 Index yields around 1.3%, and the average REIT, using Vanguard Real Estate Index ETF, yields 3.2%.

Although both of these REITs are relatively young companies, their yields are near the lowest levels in their admittedly short histories. Looking at valuation from a different angle -- using first-quarter funds from operations (FFO) as a run rate -- Invitation Homes' price to FFO, a REIT metric similar to P/E for industrial firms, is around 26 times. For American Homes 4 Rent, that figure sits at around 30 times.

While these numbers suggest that Invitation Homes is the better value, neither name looks particularly cheap.

Which of these giants wins?

If you care about valuation, neither Invitation Homes nor American Homes 4 Rent will likely be desirable to you. However, if you're focused on generating as much dividend income as possible, you'll be equally disappointed with this pair of REITs. As a result, growth investors are likely the only ones who will be attracted here.

Invitation Homes has a better, more consistent track record and, on the dividend-growth front, will probably be the best option. However, if dividends don't matter to you, and it's capital appreciation you're after, American Home 4 Rent's internal growth projects will likely have more appeal.

Just go in knowing the stocks have already had a material run in a market trading near all-time highs, so it looks like a lot of good news has already been priced into the stocks.

Why I Am Never Selling Federal Realty

3 High-Yield REITs to Buy in July 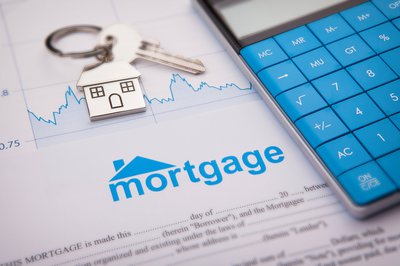