A real estate investment trust (REIT) with a 3% yield isn't something to get excited about most of the time. But thanks to the pandemic, these aren't normal times. This is why investors looking at REITs might want to consider apartment owners AvalonBay Communities (NYSE: AVB), UDR (NYSE: UDR), and Apartment Income REIT (NYSE: AIRC). The yields aren't huge, but they are near decade highs. The big question is: why?

The global coronavirus pandemic upended a lot of things, including where people want to live. That's been terrible news for REITs that own apartments "in the wrong places." Today, that means REITs with a coastal, big-city focus. It makes sense that people would be moving out of cities, given that the coronavirus spreads easily in groups. Add to that the fact many businesses are allowing people to work from home, and there's even less reason to live in a city right now.

All this has had a huge negative impact on apartment REITs like AvalonBay, UDR, and Apartment Income. Some numbers will help. Core funds from operations (FFO) at AvalonBay, one of the largest, most respected apartment landlords, fell roughly 6% year over year in 2020. Revenue was down in every single market it served last year, with both occupancy and rental rates under pressure. Historically, owning apartments in high-barrier-to-entry markets with large, wealthy populations has been good business. That just hasn't been the case during the pandemic.

But don't count big cities out. In fact, AvalonBay is already seeing some improvement in key trends. Specifically, occupancy rates in its urban-focused apartments appear to have bottomed out in September 2020, with sequential improvement each month since. And rental rates have also begun to stabilize. To be fair, occupancy and rental rates are still down year over year, but it looks like demand for city apartments has started to recover.

This is why investors might want to take a closer look at this trio of city-heavy REITs while their shares are still 20% to 30% below their early 2020 highs. Since stock price and yield move in opposite directions, that means their yields are relatively high today. AvalonBay's dividend yield is 3.9%, UDR's is 3.5%, and Apartment Income's is 4.2%.

The thing is, apartment REITs have shown relatively strong growth for a long time, and there's no reason to expect that to change once the world learns to deal with the pandemic. To put some numbers on that, even after recent price declines, AvalonBay and UDR have gained more than Vanguard Real Estate ETF (NYSE: VNQ), a proxy for the average REIT, since the ETF's inception in September 2004. Apartment Income is a different beast because it just broke into two companies (the REIT and a property development-focused company), making a similar comparison far less meaningful, but that corporate makeover is part of the allure. In other words, these are historically growth-focused REITs that appear to be on sale.

AvalonBay is one of the apartment industry's biggest names, with a long history of successful execution. It pulled back in 2020, but it's become more aggressive again, starting a number of ground-up construction projects. With its core portfolio starting to turn higher again, new development should help to juice growth over the next couple of years as the properties open.

This is actually the normal playbook for AvalonBay, which is always refreshing its portfolio by selling older assets and buying or building newer ones so it stays at the leading edge of the apartment space. If that sounds like a good long-term plan, as it has been historically, then AvalonBay should be on your short list while it's still unloved by most investors.

UDR's portfolio is a bit more balanced, with a large position in urban centers offset by a sizable position in more rural areas seeing increased demand right now. Notably, in the third quarter of 2020, revenue actually increased in two of its five regional areas of focus. Think of it as something of a diversified option in the apartment space. If you like the sector but don't want to chase more rural-focused landlords that are doing relatively well stock-wise, UDR is a good option.

Apartment Income, meanwhile, is a bit of a special situation, given its recent corporate makeover. But the key is that it's now, basically, a boring apartment REIT with a coastal and city focus. But if you're willing to take on the risk of owning an apartment REIT that has to prove itself, despite a long history in the industry, you can collect a higher yield. Note that the REIT's goal is to be an industry leader and, even if it doesn't get there right away, if it can execute on its plans, the yield premium here will likely shrink.

Going against the grain

There are good reasons to not buy city-focused apartment REITs. For example, the yields are pretty low relative to some other REIT sectors. But AvalonBay, UDR, and Apartment Income have high yields compared to their historical norms, so they actually look like they are on sale. Meanwhile, unlike many high-yield REITs, growth is a key piece of the story for apartment landlords, which justifies lower absolute yields.

That said, apartment landlords like this trio, with notable exposure to cities, have been under pressure because of the pandemic. Only AvalonBay's fourth-quarter results suggest the worst may be past.

As noted above, a REIT with a 3% yield is a low bar. But if you step back and look closely at AvalonBay, UDR, and Apartment Income, you might find that a yield near 3% is actually a very attractive number.

This REIT Stands Alone as a Dividend King 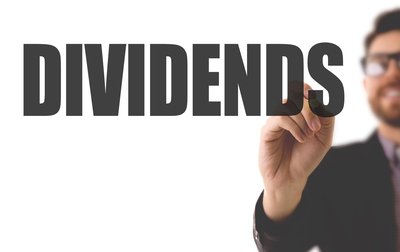