What Is Vacancy Tax? Everything Real Estate Investors Need to Know

Here’s what you need to know about the vacancy taxes that have been popping up on ballots across the country.

Vacancy taxes have been popping up on ballots across the country. From Oakland, California, to Los Angeles and New York, residents have been voting on whether to tax property owners who own vacant units and lots. Whether or not you're in one of the impacted areas, if you're a landlord, you need to know what a vacancy tax is and how it can impact your bottom line.

What is the vacancy tax?

As the name suggests, a vacancy tax is a tax levied on property owners who have vacant properties in their portfolios. Also known as an "empty house tax," this measure is meant to increase the available housing supply in a municipality by incentivizing landlords to develop vacant land and to rent out vacant homes and storefronts.

Although every municipality considering this type of ballot measure would have its own tax rate, Los Angeles's proposed vacancy tax is an annual tax of $5,000 per vacant property and between $5,000 and $40,000 per vacant lot. The city intends to use the additional tax revenue to combat housing insecurity by increasing access to affordable housing.

How a vacancy tax can benefit municipalities

The basic concept behind a vacancy tax is to make the rental market more accessible to the masses by incentivizing property owners to fill their rental housing instead of keeping it vacant until they can charge exorbitant rents or sell it for a large profit. In addition, most municipalities intend to use any tax revenue they collect to further combat the housing crisis by contributing to organizations that work to end homelessness and to expand access to affordable housing.

Although this type of property tax is still relatively new, it seems to be showing positive results. For example, in 2016, Canadian citizens voted to add a 1% vacancy tax onto properties that have sat vacant for more than six months. By 2018, the tax had gone into effect in Vancouver and had successfully reduced the city's vacancy rate by 15%. Additionally, rent prices had fallen by as much as 30%.

What are some pitfalls of instating a vacancy tax?

Although combating the housing crisis is undoubtedly important, as a property owner, it's only natural to have some reservations about what an additional annual tax could mean for your bottom line. Many opponents of this type of property tax argue that the issue of affordable housing cannot be solved with tax revenue; rather, it should be combated by increasing the housing supply.

Opponents of this type of ballot measure also argue that landlords are already incentivized to find a tenant to occupy their rental housing and commercial properties by their operating costs. They believe that any proposed vacancy tax will put an unfair tax burden on landlords. Some even go as far as to say that this type of tax will further harm the rental market by discouraging investors from adding additional properties to their portfolios, especially high-end properties that may take longer to fill.

At the end of the day, taxing the owner of a vacant property is still a relatively new concept. Only a few cities made a vacancy tax into a ballot measure, and even fewer have let it pass. Still, as a property owner or landlord, if you have an opinion on this tax, it's worth paying attention to local government proceedings. If a measure like this comes to your city or municipality, you'll want to be sure that your voice will be heard. 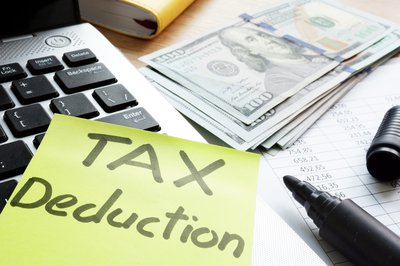