Understanding Depreciation Recapture When You Sell a Rental Property

If you’re a savvy rental property owner who took advantage of depreciation, be aware that the IRS might want some of that money back.

Learn about how you can reap the rewards of investing in the most tax-advantaged asset class in America.

Rental properties are popular investments for good reason. A savvy investor can enjoy steady cash flows and build equity while the property appreciates over time.

What is depreciation recapture?

When a taxpayer earns a financial gain on an asset, the IRS enforces a procedure called depreciation recapture, essentially taxing the taxpayer's gains from selling this asset. The most common asset this procedure applies to in the world of real estate investing is rental property, yet it can also apply to other assets, like furniture and equipment. If a taxpayer is selling an investment property, a capital gains tax applies to depreciation recapture. However, in some other cases when a taxpayer financially gains from the sale of an asset, like equipment, a capital gains tax does not apply.

The IRS lets you deduct legitimate expenses related to your rental property, including:

You take these deductions during the same year you spend the money and report them along with any rental income on your Schedule E tax form.

You can also deduct the cost of buying and improving your rental property, but it works differently. Instead of claiming one huge deduction when you buy the property, you depreciate the costs across the useful life of the property.

What rental property can I depreciate?

The IRS says you can depreciate a rental property if all these statements are true:

You can’t depreciate a rental property that you put in service and sell (or otherwise take out of service) within the same year. And, since land doesn’t generally wear out, get used up, or become obsolete, you can’t consider it depreciable property. Nor can you depreciate the costs of clearing, planting, and landscaping, since the IRS considers those part of the cost of the land.

Some quick math shows that the value of the land is 25% of the total value of the property. This is true even if you paid a different amount for the property (property tax valuation doesn’t usually line up with market value).

When can I start depreciating rental property?

Say you buy the rental property on Jan. 1 and spend the next several months getting it ready for tenants. On April 1, the house is good to go, so you start advertising. You find a tenant and the lease starts June 1. With three different dates -- Jan. 1, April 1, and June 1 -- when do you start depreciating?

How much can I depreciate each year?

This means you depreciate 3.636% of the cost basis each year. The cost basis is the amount you paid to buy the property (whether you paid cash or financed it), including sale of the property, transfer, and title fees.

Some costs can’t be included in the cost basis, including:

To add "real" value, the improvement must give an appraiser good reason to bump up the value of the property. A new deck or a substantial kitchen remodel qualify for this.

GDS applies to most rental properties placed. You’ll use it unless you make an irrevocable election for ADS or you’re required by law to use ADS. You must use ADS if the property:

How do I depreciate partial years of rental property?

In our example, you put the home into service during April, so you depreciate 2.576% of your cost basis for the first year. Remember, the cost basis uses the value of the building and not the land. That's $180,000 in the example.

You continue to depreciate for up to 27.5 years or until you retire the property from service, whichever comes first. The property is considered retired from service when:

How does depreciation recapture work on rental property?

At some point, you may want to sell your rental property. Depreciation will play a role in the amount of taxes you’ll owe when you sell. Because depreciation expenses lower your cost basis in the property, they ultimately determine your gain or loss when you sell.

If you hold the property for at least a year and sell it for a profit, you’ll pay long-term capital gains taxes. Depending on your income level, the tax rate is 0%, 15%, or 20% for 2019. If you’re a higher-income taxpayer, you may also be on the hook for a 3.8% net investment income tax.

Depreciation recapture when selling a rental property for a loss

While this looks like a big loss, remember that you’ve already benefited from $74,130 in depreciation deductions over the previous 10 years. So your investment comes out with a gain of just over $38,000.

Provided you owned the property for more than a year, the loss is considered a Section 1231 loss, which means it can be used to reduce your tax liability during the tax year. You can also carry back the loss to offset the previous two years of taxable income, though you’ll have to refile those tax returns. Or you can carry it forward to offset future income for up to 20 years.

Keep in mind that these examples are overly simplified. Also, rental property tax laws are complicated and change periodically. Unless you're a real estate tax law rock star, you should work with someone who is. Find a qualified tax accountant when you establish, operate, and sell a rental property. That way you’ll receive the most favorable tax treatment possible and avoid any surprises at tax time.

I'm a meticulous researcher and writer with 15+ years of experience. I cover a lot of personal finance topics to … Learn More

Ask Millionacres: What Could Proposed 1031 Exchange Changes Mean to My Investment? 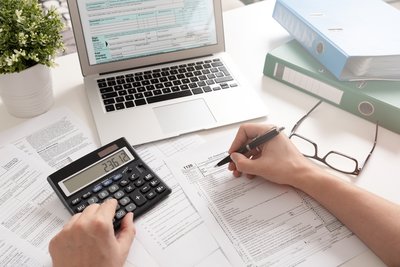 Why Is Delaware Considered a Domestic Tax Haven?