In the spring of 2019, Skybridge Capital head man Brett Messing famously told Institutional Investor, “Opportunity zones are like high school sex. Everyone is talking about it, but nobody is doing it.”

The Opportunity Zone Program was created with bipartisan support as part of the 2017 Tax Cuts and Jobs Act as a way to inject capital into areas that need the investment, but it has since come under scrutiny as a tax giveaway with uncertain benefits for everyday America.

That feels about to change. The IRS has formalized the rules, the money has been flowing into qualified opportunity funds (QOFs) in a growing torrent, and the time is drawing near -- June 30, 2021, for many of those QOFs -- that those investments have to be put to work in those 8,700 census tracts designated as opportunity zones.

"Right now it’s been in slow motion, as people get familiar with opportunity zones in general, but that’s about to change," says Ashley Tison, a Charlotte, North Carolina, attorney and consultant who created Opportunity Zone Consultants as a kind of one-stop shop for all things OZ.

"We’ve been watching the momentum build, and now with an enormous amount of capital gains out there -- on everything from stocks to silver to baseball cards to real estate, you name it -- people are going to see opportunity zone investments as the ideal risk mitigator with benefits for everybody."

Just how much invested so far is unclear

Just how much has been invested so far really isn’t clear. The Novogradac consultancy said its opportunity funds list showed 580 reporting $12.05 billion in equity raised by Sept. 1, including 28 that had raised $100 million.

Novogradac said it gets its information from QOFs voluntarily providing information or from other public sources, such as Securities and Exchange Commission (SEC) filings and press releases, and that it doesn’t include proprietary or private funds owned and managed by their principal investors, so the total amount is likely much higher.

Indeed, an August report from the White House Council on Economic Advisers (CEA) estimates total investment in QOFs at $75 billion.

Lots of important deadlines coming up

That investment then allows you to defer taxes on those gains. You get a 10% basis step-up if you hold the fund shares for five years, and after seven years, another 5%. Hold them for 10 years, and you can exclude the entire investment from capital gains tax on that original money you put in it.

Another interesting date in 2021 is June 30, one of the first semi-annual test dates by which QOFs have to have invested their funds in qualified OZ property and businesses. That’s when the rubber will begin to hit the road, as investments create new jobs, affordable housing, and more in a seemingly endless array of ventures in rural areas, small towns, and big cities alike.

The benefits will soon begin to show

That will help show the effectiveness of the program itself, which has been criticized as a giveaway to the rich at the expense of the U.S. Treasury, when in fact it’s available to any taxpayer and links tax incentives to community development in a very direct way.

"That needs to be emphasized," says Mike Krueger, a partner with Newmeyer Dillion in Walnut Creek, California, whose practice now includes working with high net-worth individuals on OZ investments.

"Everyone needs to know if you have even a dollar of capital gains, you can put it into an opportunity zone fund. Let’s not worry so much about how rich people benefit from this program. They can, of course, but so can everyone else, including whole communities as these investments take hold and create jobs," Krueger says. "That’ll be the story to tell."

Tison agrees. "This is not costing the government billions. It’s creating a net positive effect in the areas that need it most without direct government spending. It’s putting all this money back to work," he says.

His point makes sense. It’s much like the old Chamber of Commerce example of how one dollar passing through seven local businesses creates seven dollars of impact but costs only one dollar.

After another year of the program coalescing into reality, telling the story will really begin in 2021, and that should help answer concerns that will emerge in the calls for more oversight.

More oversight may be on the way

More oversight of the program became more probable with the election of Joe Biden, although that already was in the offing, including in the form of a Nov. 9 report by the U.S. Government Accountability Office, "Opportunity Zones: Improved Oversight Needed to Evaluate Tax Expenditure Performance."

The report from the nonpartisan GAO calls for the Treasury Department and other agencies to be authorized and to gather data and report on OZ performance. Given the bipartisan support for the program in general, that may well happen.

Here’s what John Sciaretti, a leader of the Opportunity Zones Working Group for the Novogradac consultancy, wrote in an Oct. 22 blog:

Changes under a Biden administration could include both legislative and regulatory changes to the OZ incentive such as: the implementation of reporting requirements and other provisions to increase transparency and prevent abuse; addressing issues raised around contiguous census tracts; reforming the QOF certification process (this could mean a prominent role for the Community Development Financial Institution (CDFI) Fund); and measures aimed at facilitating increased local engagement and inclusiveness of benefits to low-income community residents.

The White House itself already touted specific examples of job creation and economic development in multiple opportunity zones across the country in a report issued this summer about the Opportunity Zone Program.

Expect more of that to follow from program advocates, public and private, from the national level to individual communities. Tison, in fact, thinks the program’s full potential could depend on how well local business and civic leaders work together to raise awareness and make deals happen. "The ones that really succeed will be the ones who have an opportunity zone czar," he says.

The Millionacres bottom line: 2021 is the year the impact begins to show

That Novogradac report of Sept. 1 shows that residential investment has led the way by far, accounting for $9 billion of that $12 billion in trackable OZ investment, followed by commercial property at about $7 billion, hospitality at $1.82 billion, operating businesses at $444.2 million, and renewables at $320 million.

Those are broad categories. Within each are myriad businesses. Tison describes working with such diverse businesses as a bamboo farm, rural broadband provider, treehouse builder, blue collar business accelerator, even a roll-up funeral home -- that together can help spread opportunity across the country, zone by zone.

2021 will be the year that the impact will begin to show in tangible, measurable ways. 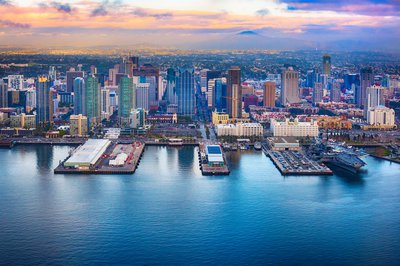 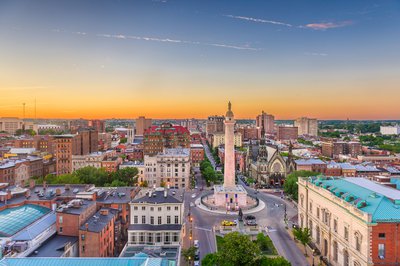 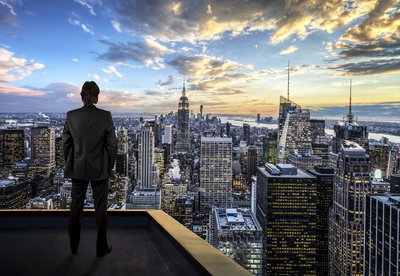 Opportunity Zone Commitments Reach $10 Billion Mark, That We Know Of