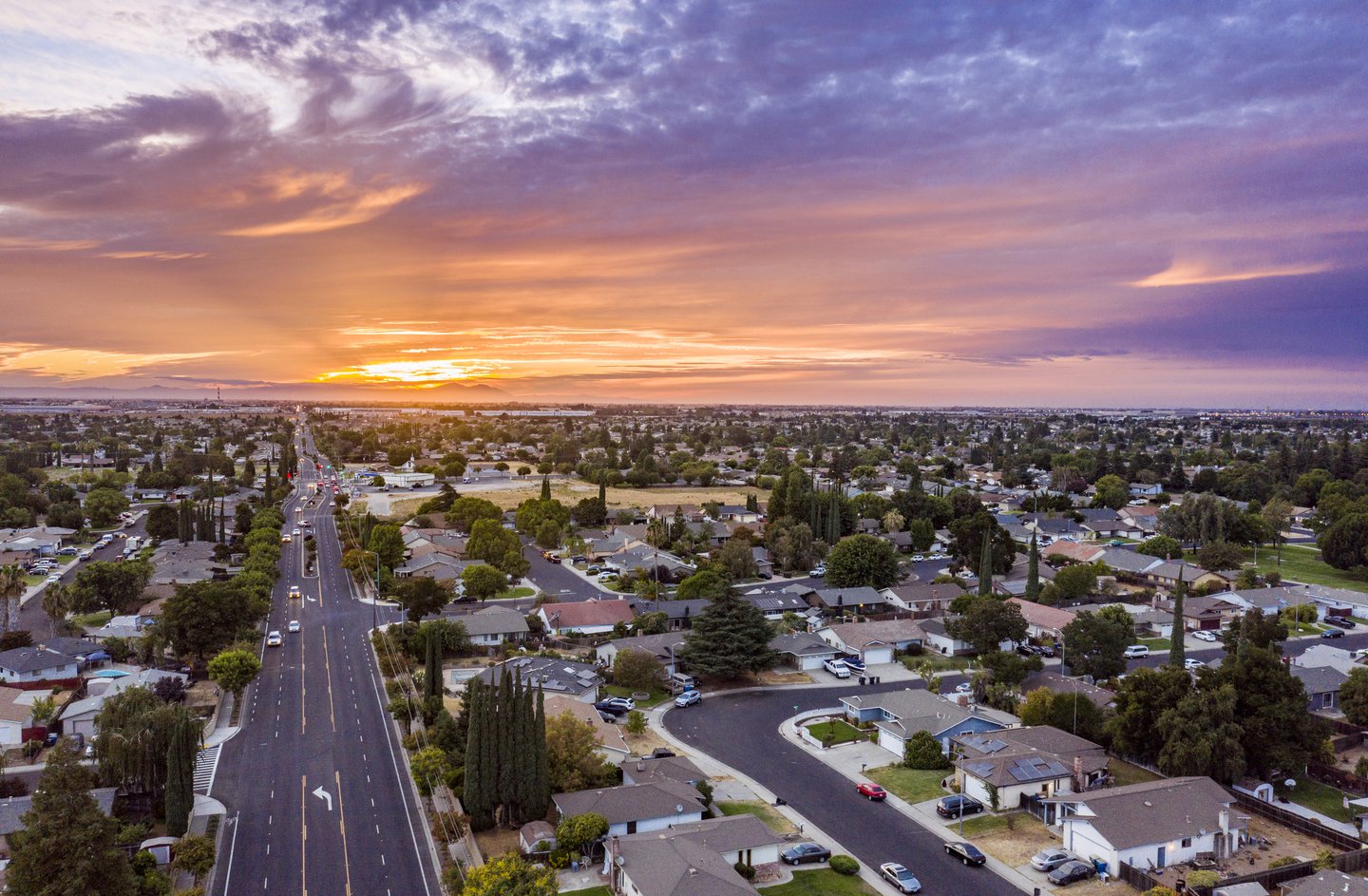 The Top 10 Hottest Demand Markets for Rental Investment in 2020

The 2010s could very well go down in history as the decade of the renter. Coming out of the Great Recession, home prices recovered much faster than incomes, which have only recently begun to grow at a significant clip. Riding the wave of the foreclosure tsunami, the rental vacancy rate toppled from a historic high of 11.1% in Q3 2009 to today’s rate of 6.8%, rivaling that of the 1981 recession when mortgage rates were at astronomical highs.

In other words, it looked like we were becoming a nation of renters. But as the homeownership rate begins to recover and renter-occupied units level out, the question is where are we headed in 2020 and beyond?

A recent report from Harvard’s Joint Center for Housing Studies reveals where the rental market stands today as a result of these trends:

The glut of high-cost, high-end development in the urban core, which suffers much higher vacancy rates than mid and low-tier rental housing, has led more than a few analysts to herald the end of the so-called urban revival. This headline from a recent Brookings Institution report on the latest Census estimates says it all: “Big city growth stalls further, as the suburbs make a comeback.”

At the same time that the high cost of living has pushed people outside the city limits, the unemployment rate has hit a 50-year low leading to talent shortages in nearly every industry. Employers have had to expand their search to meet the labor force where it lives, which has led to booming employment and wage growth in places like Denver, Austin, Portland, Salt Lake City, and the major metros of the flyover states.

But at the turn of 2020, these boomtowns may already be old news for real estate investors. While rental demand will remain strong even in the largest metros well into the next decade, Millionacres research shows the greatest opportunities abound in neighboring small and midsize metros where many renters are moving to chase greater job opportunities and a better standard of living.

With the exception of Charlotte and Raleigh, NC, each of the metros that made our top 10 ranking have fewer than one million residents, according to the latest population estimates. Although the metros showing the most promise for investment in 2020 are relatively small, they are each growing at tremendous rates, all more than twice as fast as the overall population growth in the U.S., and most lie on the outer limits of the major city centers of their respective states.

With 2.1% annual population growth in 2018, Idaho tied with Nevada to be the fastest-growing state in the nation. Boise, which we’ve identified as showing the most promise for rental investment in 2020, grew even faster than the state at 2.9% year over year.

But population growth alone does not necessarily mean the metro will show significant renter demand. In fact, the fastest-growing metros in 2018--Myrtle Beach, SC at 3.8% and Lakeland, FL at 3.2%--have price-to-rent ratios at or below 15%. Given the strong employment growth in these cities, many newcomers may opt to buy rather than rent.

Despite stellar job growth, homeownership in Boise is becoming increasingly out of reach for most residents thanks to consistently surging home prices and lagging single-family home construction. Home prices increased 10.4% year over year in November 2019, according to Zillow, which is nearly three times the growth rate in the U.S. overall. Single-family building permits fell 3% year over year in Boise, while they climbed 8% nationwide.

Boise continues to top lists of metro areas with the most job growth, but wages grew a tepid 2.2% from Q2 2018 to Q2 2019, according to the Bureau of Labor Statistics (BLS). Given Boise’s surging population growth thanks to the many new job opportunities in the region, along with soaring home prices and flat wages, rental demand in the area will be unstoppable for the foreseeable future.

The remaining markets in our top 10 clearly show the economic spillovers of the hottest cities in the 2010s. Instead of Denver or Boulder, where development costs are sky-high, investors are now looking to Colorado Springs and Greeley. Rather than the Silicon Slopes of Salt Lake City, investors can chase high rental demand from the expanding population of Provo. Rather than Seattle, where priced-out residents are fleeing in droves, the much smaller metro of Olympia, WA is attracting new residents looking for a better cost of living.

Fayetteville is one of those rare instances of a win-win for investors and renters alike. The metro’s price-to-rent ratio is relatively high thanks to its affordable rent, but hot rental demand from the surging population growth in the region has caused rents to jump 3.5% year over year in October 2019, according to Zillow rental data.

After several years of unprecedented economic growth in nearby Boulder and Denver, Colorado Springs is finally outpacing both when it comes to new job opportunities. With a five-year employment growth of 17.3% and a median monthly rent hundreds of dollars cheaper than in Boulder and Denver, it’s no surprise that renters are flocking to the area.

With Seattle dominating the headlines when it comes to tech and real estate news for the past several years, it’s easy to forget about Washington’s state capitol, what with its diminutive population of just a quarter-million residents. But the data show this sleeper city may soon steal the spotlight from its much larger neighbor to the north. According to our analysis, Olympia is outpacing Seattle both in terms of population growth and five-year job growth. Developers have responded to the resulting increase in housing demand evidenced by residential permit growth of 64% in 2018. Still, the latest data from the University of Washington shows a vacancy rate of 4% in Thurston County for 2019, indicating considerable headroom for more development and continued renter demand.

Employment increased more than 46% from October 2014 to October 2019 in Crestview, making it the metro area with the highest job growth in our top 10. Despite healthy population growth in 2018, developers have yet to respond to the increased housing demand. Crestview and Provo, UT were the only two metros on our top 10 to show a year-over-year decline in residential construction permitting. HUD recently estimated the area will need 1,900 newly constructed rental units by 2022 to satisfy demand while only 460 are underway.

A recent article in Inc. magazine called Raleigh the tech industry’s best-kept secret and CBRE included it in its top 10 metros with the best ability to attract and grow tech talent. Perhaps Raleigh's burgeoning tech scene is why employment has grown 15% over the last five years and the unemployment rate is just 3.0%. According to the latest data from HUD, Raleigh’s rental vacancy rate is down to 5.5% from 8.6% in 2010 and homeownership is becoming increasingly out of reach as home prices appreciate faster than incomes.

Stockton’s recent growth is proof that the suburban sprawl of San Francisco and the Silicon Valley will eventually wind its way to the interior reaches of California’s central valley. At one time it would have been absurd to speak of rental investing in Stockton since it has long been considered one of California’s most affordable cities. But Stockton’s home prices have appreciated 36% over the last five years, which is two percentage points higher than home price growth in San Francisco over the same period, according to Zillow.

At 37%, Charlotte had the highest employment growth among all large metros in the U.S. in 2018. Although it is North Carolina’s most populous city, it continues to grow at twice the rate of the U.S. overall and nearly as fast as its much smaller neighboring metros of Raleigh and Spartanburg.

While developers still have their eyes focused on Salt Lake City, the little burgh just 45 minutes south is currently flying under the radar. With 2.6% annual population growth in 2018, Provo is the second-fastest-growing metro in the top 10 and the third fastest in terms of job growth, and yet residential permits declined year over year in 2018. The extremely high price-to-rent ratio of 22.7 will make finding a solid cash flow investment a challenge, but future price appreciation could make up for it in the long run.

Greeley is the fastest-growing metro by population in our top 10 and it rivals its neighbors in terms of job and wage growth. Greeley falls behind Colorado Springs on the list because its relatively lower price-to-rent ratio means residents moving to the region may find it more affordable to buy rather than rent. Still, rents have increased by 5.6% in the metro over the past year and the apartment vacancy rate remains tight at 4.3% as of Q1 2019, according to the latest data from HUD.

While the data suggest the best rental investments will be in growing mid-sized metros, there is still plenty of opportunity to be had in America’s big cities. Although not in the top 10, Austin, Salt Lake, Seattle, and even San Francisco still fall within the top 50 metros in our analysis.

These cities are nowhere near stalling out when it comes to economic growth and job opportunities for renters. Ho