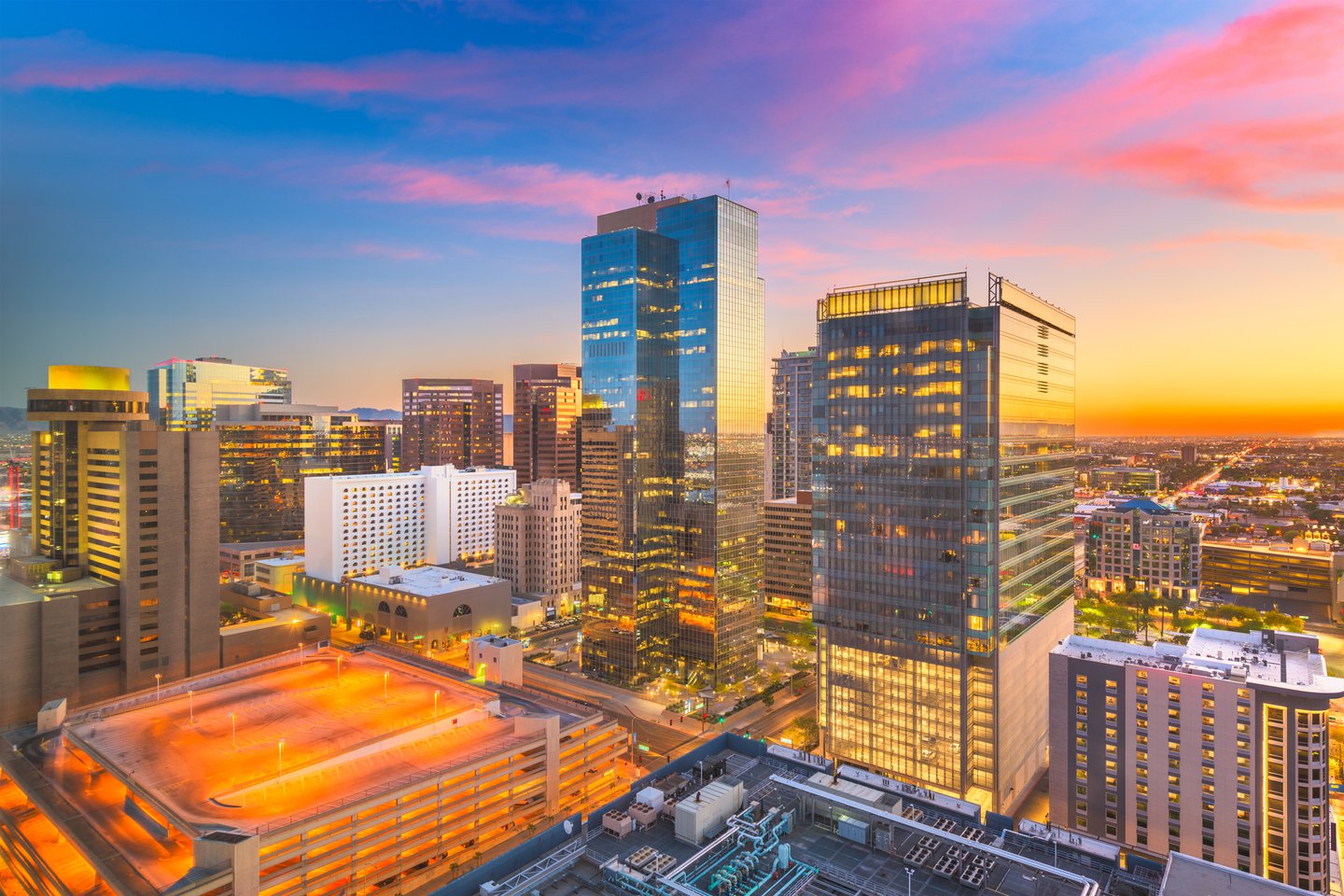 Real estate investors must face the reality of tax responsibility. There are ways you can decrease your tax burden, such as a 1031 exchange, but the case for investing in states without income tax can have its benefits.

Which states are income tax free?

However, New Hampshire taxes interest and dividends. Tennessee’s similar legislation, the Hall income tax, was repealed and no longer exists as of January 1, 2021.

Not every state made this list of cities for real estate investing. They did not fit the criteria for being a solid rental investment, based on weak job numbers, decreasing rental rates, and high property taxes.

A portion of the ranking decision comes from the forecast we’ve generated, utilizing single- and multifamily housing data, starting from Q1 of 2000 through Q4 of 2020 in a logistic regression model. This data is from the U.S. Census Bureau and the U.S. Department of Housing and Development (HUD). Housing starts are a significant economic indicator that reflects the number of privately owned new houses on which construction has been started in a given period.

Which income tax-free cities are the most appealing for investment?

The list order is by which city is most likely to succeed in its economic recovery plan and which opportunity each city presents to prospective real estate investors.

Everything is bigger in Texas, including the disdain for personal income tax, where the state’s constitution forbids it.

One of the driving factors in Austin’s thriving real estate investment market comes from an increase in high-tech employment with companies like Tesla (NASDAQ: TSLA), Apple (NASDAQ: APPL), and Oracle (NYSE: ORCL). It has led to more people flocking to Austin, quickly becoming a solid adversary to Silicon Valley. The red-hot real estate market is to blame for a decrease in housing inventory and explains why more are opting to rent.

Over the last three years, the average rent in Austin has increased by 9%. Austin home values have increased 15% over the previous few years. The city has led the nation in population growth for eight consecutive years.

Renters are 61% of occupied housing in Austin, making an investment in the Silicon Hills an appealing opportunity.

Austin also leads as an innovator of green construction, making its commercial real estate investment outlook a poised frontrunner for 2021.

Dallas has proven to be a desirable location for those wanting to call the Lone Star State home. Another magnet city, Dallas, boasts a quality of life that is chameleon in nature. As the third-largest city in Texas, Dallas touts an impressive 1.9% annual growth in population.

The industries within Dallas are heavily diverse, including company headquarters and operations centers. Sectors with the fastest growth include construction, financial services, and business services.

Home values are projected to increase by 11.1% over the next year. The housing prices, job market, and thriving population growth create a trifecta for a renter’s market. The average rent in Dallas has increased by 12%, and renters occupy 44% of housing in the area.

CRE investors can also rejoice, as Dallas ranks second in the U.S. for commercial development potential, citing construction costs and property supply. According to CBRE (NYSE: CBRE), the most robust sectors will be industrial and retail development opportunities.

The third-largest city in Florida, after Miami and Jacksonville, is Tampa. Four hundred thousand residents call the City of Tampa home, and 3.1 million residents live in Tampa Bay and Hillsborough County. According to the Tampa Bay Economic Development Council, Tampa zip code 33602 is expected to grow 3.3% annually through 2024.

The average rent in Tampa is $1,418 per month, with rent prices increasing by 2% in 2020. A heated housing market in the area is delaying some potential buyers' path to homeownership. According to Rentcafe, 44% of households rent rather than own, making the renters’ market demand impressive.

Tampa’s commercial development projects, placed on hold during the pandemic, will eventually begin leading to a demand in construction as vaccine rollout continues.

Florida’s inbound state migration has the highest moving average over the last three years compared to other states on this list. Florida averages 585,113 people migrating from another state to call the Sunshine State a primary residence.

Orlando hosts an astounding 70 million visitors every year. Disney World and Universal Orlando lead the charge in welcoming these visitors to the area.

The Orlando Economic Partnership estimates the region will increase by as many as 1,500 people per week, reaching a population of 5.2 million by 2030. The population growth rate hovered around a 2.13% increase last year, making 2.6 million people calling Orlando and the Orlando metropolitan area home.

Orlando’s rent decreased by 3% last year and increased by 3% as of February 2021. The renter-occupied households of Orlando sit at 45%.

More than 1.5 million residents call Military City USA home, with population growth on average of 1.78% year over year, making it the second-most populated city in Texas. Bexar County is projected to be one of the five fastest-growing counties in Texas.

San Antonio is an attractive market for real estate investment as its renter-occupied households make up 39% of the population, and the median rent for a three-bedroom home can fetch $1,550, according to Zumper.

As for commercial real estate in San Antonio, it shows reliable trends upward within the city. Affordability keeps San Antonio in contention with other large commercial markets while giving investors more money due to the lower cost of construction and property taxes.

Nashville has seen a steady increase in inbound state migration over the last five years, with many individuals citing the need to move from congested cities to affordable cities. With strong demand for single-family rental properties, the renters’ market in the area has reached 46% of households opting for rentals. Throw in a minor decrease in rent of 2% from the previous year, and you can see where investing in real estate in the area would be appealing.

Over the last ten years, Nashville has experienced job growth of roughly 26%. Local area unemployment statistics show that Nashville’s rate pre-pandemic sat well at 2.3%. During the pandemic, the city fared well, as the unemployment rate rose to only 5.2%, with signs of improvement on the horizon for 2021.

Jacksonville averages a 3.5% increase in rent per year, an average rent of $1,162 per month, and a 37% renter-occupied housing rate. This renters’ market is a solid investment for real estate investors with a healthy combination of cash flow and equity growth.

With 13,000 IT graduates per year, it’s a safe bet to say technology and manufacturing are some of Jacksonville’s top economic drivers. Jacksonville is also the most populous city in Florida, and its jobs sector goes beyond technology. The Port of Jacksonville supports over $31 billion in economic output for the region and state, positively impacting 138,500 jobs.

Tech giants reign supreme in the Seattle metropolitan area, with Amazon (NASDAQ: AMZN), Microsoft (NASDAQ: MSFT), Expedia (NASDAQ: EXPE), and Boeing (NYSE: BA) leading the employment rates for the city. With wage growth percentages hitting up to a 5.4% increase, which is the second highest in the country, and its 2.8% job growth rate, it sure makes Emerald City’s economic standpoint on this list formidable.

Washington has the highest median rent rates available on this list for a one-bedroom, one-bathroom apartment, and it's showing no sign of slowing down with the average price increase from 2020 up 4.39%.