Should You Own or Rent a Home in Retirement?

A growing number of seniors are opting to rent during their golden years. Here's how to determine which option is best for you.

Despite the many benefits of homeownership, the U.S. rental market has seen a steady increase over the past decade and change. Between 2006 and 2014, the number of renters in the country grew to over 43%, but it's not just younger Americans at the heart of this trend. According to a recent report from the Harvard Joint Center for Housing Studies, since 2005, folks in their 50s and 60s have accounted for the largest portion of the rental market increase.

Given that housing can be your single greatest monthly expense at any age, it pays to put some thought into renting versus owning once you're retired and on a fixed income. Here are some of the benefits and drawbacks to both options. 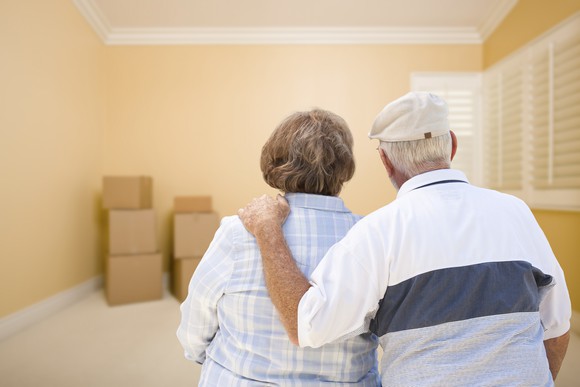 Pros of owning a home in retirement

It's not uncommon to grow attached to your home, so much so that you're willing to hang onto it even once money gets tighter. But while homeownership is unquestionably expensive, here are some good reasons to own in retirement:

Cons of owning a home in retirement

But owning a home in retirement isn't all roses. Here's the downside of owning during your senior years:

Pros of renting a home in retirement

Homeownership isn't for everyone, and even if you've eliminated your mortgage debt, it might pay to unload your property and rent instead. Here are a few benefits of going this route:

Cons of renting a home in retirement

While renting in retirement has its benefits, it's not necessarily the best move either. Here are a few drawbacks to think about:

When it comes to owning versus renting a home in retirement, there's really no right or wrong answer. The more thought you put into your decision, the better your chances of making the move that's best for you.