What Is a Boundary Dispute?

Boundary disputes have been an issue between neighbors for as long as people have claimed ownership of land. No wonder they can fester for decades.

The boundary dispute is a real estate gripe that is as old as time -- or at least dates back to when humans began to claim pieces of land and fight with neighbors who thought they had an equal claim to part of it.

Interestingly, the methods of determining boundaries, arguing over them, making an official case against the adjoining landowner, and even having the disputed land surveyed haven't changed much over a few centuries. Yes, the technology is slightly better, but the process of determining a boundary line still involves studying arcane maps, digging up old records (and arguing about their accuracy), having a surveyor physically walk around the land, and possibly going to court.

Despite the intervening centuries, the territorial dispute is still one of the main reasons that neighbors hold grudges against each other. But on the bright side, at least feuding neighbors no longer stage raiding parties to pillage and sack each other's lands. Most of the time, anyway.

If you want to win a boundary dispute in a civilized way, here's what you need to know and how you should handle it.

What is a boundary dispute?

A boundary dispute is a disagreement between people who own adjoining real estate on where exactly one property ends and the other begins. Or, it can be a disagreement over how one party is legally allowed to use land when neither will ever agree on who owns it. It can also be a situation where a neighbor is perfectly clear that they don't own land beyond a certain property line but feels that they should have access to it that the owner finds excessive.

Any other names for it?

A boundary dispute can also be referred to as a property dispute, a border dispute, or a boundary line dispute.

What can lead to a boundary dispute when there wasn't one before?

There are a few reasons a boundary dispute might emerge -- one being a simple misunderstanding when, for example, the map in a legal description of property wasn't very clear. Or, if the land in question is in a rural area, there may not be a visible property line.

Another reason a boundary issue might bubble up is that one neighbor has decided to make use of land that neither neighbor had ever used before, thus drawing focus to the land and to the fact that both neighbors think it's part of their property.

Another reason could be that someone wants to make a change to a natural feature on the property -- e.g., chop down a tree or create a pathway through a field -- and the neighbor doesn't want them to and doesn't think they have the right to.

There are also many situations where boundary line disputes go back quite a long time and have never reached a resolution that's permanently satisfactory to all parties.

Encroachment is when one party is actively pushing forward over what is believed to be a boundary line and using or affecting the land in some way. It doesn't need to be on the land physically; encroachments are often just hanging over the land.

The classic example of this is when one neighbor cuts down an old tree because the heavy limbs are hazardous to a structure on his property, but the other neighbor did not want the tree removed and says the decision was hers because the tree trunk is on her side of the lot line.

Here are a few other things that commonly get accused of encroaching on adjoining property:

This is when one or many parties decide to come onto the land in question and use it for specific purposes. For example:

How can this still happen, even with modern-day record keeping?

Natural features of land change over time or are removed. Old-style plat maps, and the record-writing systems that land surveyors use, can be hard to follow. Plus, if two neighbors of the previous generation each had their own survey done, there may be conflicting information. What often happens is, as population density increases, people want to develop or at least use land that hasn't been used before -- and therefore hasn't had its ownership or boundary lines examined.

It could also be as simple as that whoever was responsible for establishing property lines and borders in the first place didn't do a good job.

If both parties go into a boundary dispute with good-faith intentions -- meaning they genuinely want to resolve the dispute in a way that's acceptable to the other party -- they usually start by comparing all their legal documents and records. This could include:

When two parties both firmly believe that their rights to their property and homestead are under attack, attempts to resolve a dispute can spiral. Demand letters and mediation are sometimes followed by going to court, although in a best-case scenario, simply comparing land records may be enough for two neighbors to find a compromise.

Any tactic can become contentious, but the thing to keep in mind is that the more you escalate a land dispute, the more time consuming and expensive it becomes. And, you're never guaranteed that the ultimate outcome will be entirely in your favor.

Ironically, with all the tech tools and access to digitized records and specialized professional services, boundary disputes are as unpleasant -- and prevalent -- today as they've ever been. Truthfully, there is no way to prove sole possession of land, with all rights to use it only for one's self in perpetuity. Even if you do have that type of ownership at some point, the county's view of it may change a decade hence. For this reason, it's better to learn how to be a flexible and compromising neighbor... who also sets visible, enforceable boundaries. 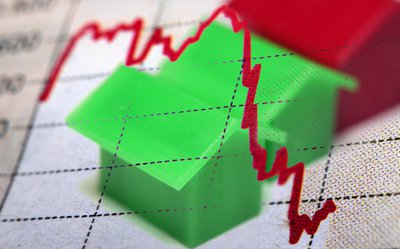 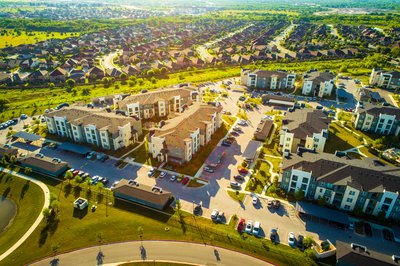