This Is What the Average American Home Looks Like

If homeownership is the American dream, what exactly does that dream home look like? Clothing and furnishing styles change regularly, and believe it or not, so do house styles. The modern American home has gone through many changes throughout the decades, from the postwar ranch homes of the 1950s to the suburban McMansions of the late 1990s and early 2000s.

But what does the average American home of 2020 look like? Let's take a look at the trends.

Keeping up with your investment

As a real estate investor, it's always a good idea to understand what people value in a home. That way, you can keep up with your investments. Owning or investing in what people consider the average American home has its benefits; it's a proven product that people want.

What defines the average American home includes its size, features, price, and neighborhood.

McMansions, homes that are 4,000 square feet or more and mainly in suburban or exurban communities, might have fallen out of favor since their peak in 2002. Even so, people still like to have some space. However, problems with McMansions include oftentimes-shoddy construction, a design that doesn't fit in with the environment, a drain on the homeowner's resources to maintain it, and a location that's car-dependent.

Homebuyers now realize that although space is important, it's not necessarily the most important feature to have. To have enough space to be comfortable, today's average American home measures about 2,400 square feet. This is definitely up from the 1973 average of about 1,500 square feet for a single-family home, but it's down quite a bit from the 4,000-plus-square-foot McMansion.

People often consider a spacious home a must-have, but today's savvy homebuyer knows when enough is enough. Having the right amount of space (not too much or too little) and implementing smart ways of using that space are what define the average American home of today.

People like finished basements, a home office, a large master bedroom, a big (we're talking the size of a child's bedroom), customized walk-in closet with organizer features, and a tricked-out ensuite master bathroom -- think of one with spa-like amenities, such as a linen closet, a separate shower stall and tub, a double vanity, and a private toilet room.

Other popular features that help maximize space are she sheds (a small building separate from the house to be used for whatever the owner likes), man caves, mudrooms, and "bonus" rooms for people to use as they see fit.

Some old favorites still make the cut for the modern average American home, including:

Even when you adjust for inflation, you'll find today's median home price has increased 900% from 1973, but incomes have increased only 600%. Americans have become used to spending more of their paychecks to get the American dream of homeownership.

To some, the neighborhood is just as important as (or even more important than) the home. Starting around 2012 and still going strong today, walkability became a coveted feature.

"Live, work, play" became the motto of the day as people grew weary of being car-dependent. Being able to walk to shops, restaurants, bars, and entertainment has become just as important as the home itself to many homebuyers.

To achieve a live-work-play environment, homes no longer need to be in the so-called "24-hour cities" like New York and San Francisco, places that have become largely unaffordable to most Americans. Walkable areas are now also found in enclaves outside big cities. The key is to have places for people to go on foot or by bicycle.

Along those lines, landscape architecture has also become a huge selling point for the average American home. People like to live in carefully thought-out and planned communities with outdoor green space for gatherings as well as walking trails and planned streetscapes.

Savvy investors buy homes people want even before people know they want them. These investors can be successful by watching trends each year and understanding the type of housing people want to buy or rent. If you study these trends, you should be able to predict the next big thing before it happens as well. 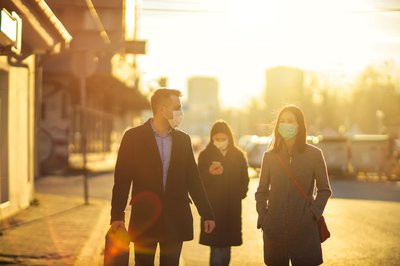