When describing the reason for the move, Wood said this, "ARK is not a traditional Wall Street asset management firm, and we are looking forward to breaking the mold further by relocating to St. Petersburg, a city investing in technology, science, and innovation."

What Wood doesn't say is another possible reason for the move: taxes.

Wood studied economics under Art Laffer, whose theory is that people and businesses move from high-tax states to low- or no-tax states. Laffer found that when taxes become too high, they become a disincentive against earning.

And indeed, New Yorkers, both businesses and residents, have been fleeing to Florida in record numbers. Tampa happens to be one of the top five emerging tech cities.

ARK headquarters is relocating to downtown St. Pete, in the Tampa Bay area, and plans are to use the bigger space to scale up. "We are thrilled to relocate our corporate headquarters to St. Petersburg, Florida, as we believe the Tampa Bay region's talent, innovative spirit, and quality of life will accelerate our growth initiatives," Wood told the St. Pete Catalyst.

Plans are also in the works to build an incubator that will be called "ARK Innovation Center." The building will be 45,000 square feet -- 30,000 of which will be incubator space, 10,000 of which will be for innovation partners, and there will be a cafe inside. Groundbreaking will begin in the first quarter of next year, and plans are for it to open in July 2023. By 2026, the innovation center is expected to bring in $28 million for the county in direct and indirect jobs.

The exodus to Florida

Florida's chief financial officer told Fox Business that about 900 residents a day are moving to Florida, stating they're doing so to avoid the "tax hell" that is New York. Florida has no personal income tax, while New York plans to bump its income-tax rates for wealthy residents.

Investors like to watch Cathie Wood and follow her lead. In 2020, her ARK Innovation exchange-traded fund (ETF) surged almost 150%. It's down 3.5% this year, but investors still view Wood as a top predictor. And now she's betting big on Florida. 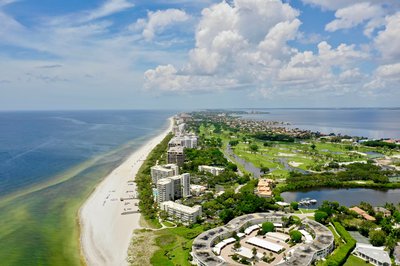 Policymakers Are Concerned About Soaring Home Prices -- What About Investors? 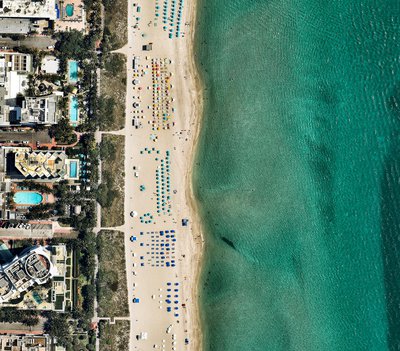