Should You Invest in Real Estate with Bitcoin?

Bitcoin has hit all-time highs in recent weeks, trading at over $23,000 per bitcoin, which has many investors excited about the biggest and most popular cryptocurrency. As anyone who has followed bitcoin's rocky history since its creation in 2009 knows, the cryptocurrency is famous for its volatility. Because bitcoin is unregulated, its value can shift rapidly.

Despite bitcoin's shadowy beginnings with the mysterious Satoshi Nakamoto, it has gained legitimacy over the years. Yet it has been used in real estate transactions with limited regularity. Several years ago when I was working with luxury real estate brokerages, clients would sometimes list that they would accept bitcoin; however, these properties ended up largely selling through traditional methods. Mentioning bitcoin helped increase the publicity for the listing, but also some sellers were excited by the possibility that bitcoin would eventually be worth more than dollars.

Another reason is something that has become a fundamental problem for bitcoin -- it's still pretty hard to spend in bulk. That's changing, and now Paypal (NASDAQ: PYPL), Square (NYSE: SQ) and Visa (NYSE: V) are all making it more possible to easily transfer funds and pay with bitcoin. However, real estate is a great way to convert a large sum of bitcoin into a tangible asset, and some sellers have seen success. In November 2019, Ben Shaoul's Magnum Real Estate Group sold a New York City condominium for $15.3 million in bitcoin to a Taiwanese buyer. On the subject of bitcoin used in real estate transactions, Shaoul said this:

Accepting cryptocurrency for select condominiums in our New York City portfolio enabled us to expand our buyer pool. ... For the transactions we did, the U.S. dollar payment was net to us and we locked buyers into prices on day 1. Nothing changes for us as the price of the crypto fluctuates. In multiple cases, the buyers preferred to use it for 'personal reasons.' The challenges were how to handle this type of payment on the backend with the offering plans, attorney general, and ensuring all parties were comfortable.

One concern about cryptocurrency is that it can be used to money launder or protect ill-gotten gains. Turning those assets into real estate legitimizes them. That's one reason these transactions, like all-cash transactions in certain luxury markets, are carefully scrutinized. In fact, new proposed regulations will increase the ability for these transactions to be tracked by the government. Proposed rules from the Financial Crimes Enforcement Network could add more accountability to cryptocurrency, including chipping away at the anonymity that has been one of the things attracting some people to cryptocurrency. While bitcoin records all transactions publicly, a private wallet currently protects some information. However, the new rules call for sharing private wallet addresses used in exchanges with the government, which would mean the U.S. government could have access to a larger history of transactions.

"There are inherent risks when you consider how often the price of coins increases and decreases," notes Ed Nwokedi, Founder & CEO at RedSwan CRE. "Investing in real estate properties with cryptocurrency provides an efficient and significant opportunity for crypto holders to reduce the volatility of their assets."

The promise of blockchain technology

Blockchain technology, the structure upon which bitcoin and other cryptocurrencies are built, has the potential to create a secure online ledger for all real estate transactions. That promise has never been realized despite multiple attempts to create blockchain real estate platforms. A handful of properties have been tokenized to allow people to buy easily transferable shares, but widespread adoption still seems far off.

"Technology only furthers the opportunity to build wealth; blockchain in commercial real estate, through tokenization and creation of digital securities, enhances one's investment portfolio and takes out a considerable amount of volatility risk, adds Nwokedi. He also sees another option for cryptocurrency investors; they can borrow against existing bitcoin holdings and use proceeds to purchase income-producing commercial real estate.

Is bitcoin moving beyond the fringe?

In order for bitcoin to become more common in real estate transactions, both the buyer and seller have to be willing to accept the value. Transfers of property often involve banks, lawyers, title companies, and escrow agents -- all of which would have to feel confident in the use of bitcoin in the transaction. As Erin Sykes, Chief Economist and Real Estate Agent at Nest Seekers International points out, that will narrow the selection of properties that may be available for an investor who wants to only use bitcoin to transact.

When bitcoin usage becomes more widespread, it will lose some of the benefits that attracted people to it in the first place, but it may also gather a new fan base. New regulations could help people become more comfortable with accepting bitcoin, which could lead to wider usage in real estate transactions. 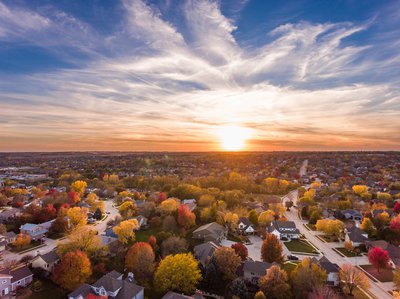 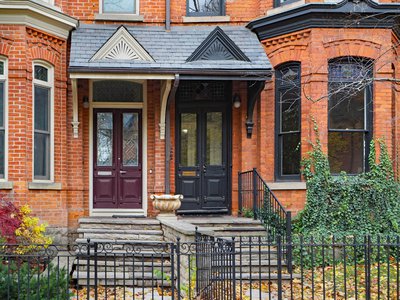 House Hacking 101: Why Buying a Multifamily Home Can Be the Best Way to Start Investing in Real Estate