We know homebuilding is doing well overall across the country, but that activity is not evenly spread. Investors looking for good places to maximize their returns might want to pay attention to some findings in a new report from the National Association of Home Builders (NAHB).

In its quarterly Home Building Geography Index (HBGI), released June 1, the NAHB said homebuilding expanded fastest in places with the shortest commute times. Meanwhile, however, the pandemic-attributed suburban shift in new home construction to low-density, low-cost markets first reported in the second quarter of 2020 has continued into this year.

"The first quarter HBGI indicates that homebuilding not only continued to overperform in lower cost markets like suburbs and exurbs but also expanded the most rapidly for single-family and multifamily construction in areas with the shortest commutes," NAHB Chief Economist Robert Dietz said in the report's release.

A tale of two commutes shows growth all around

The HBGI data shows Q1 2021 growth in single-family home (SFH) construction was strongest in the bottom one-fifth of commutes (i.e., the shortest). According to the NAHB, that quintile recorded a four-quarter moving year-over-year average growth rate of 22.2%.

But the two quintiles with the longest commutes still commanded a combined market share of 63.6% for new SFH construction in Q1 2021, the NAHB report said.

"In other words, while longer-commute areas have a much greater market share in SFH building, the single-family construction growth rates in the first quarter of 2021 were strongest in the areas with the shortest commuting times," the report said.

Granular detail that looks at core and outlying counties in large, small, and micro-markets is available here.

Some key high-line takeaways include:

"With the shift to telework brought on by the COVID-19 pandemic, housing demand continued to show the strongest gains in lower density markets in the first quarter as people have flexibility to live further out and even outside some metro areas," NAHB Chairman Chuck Fowke stated in the report.

"Given the regulatory burdens and lack of lots in higher density, higher cost markets, builders are better able to meet demand in suburban, exurban and rural areas because of the lower cost to build," said Fowke, a custom homebuilder in Tampa, Florida.

The market for newly built homes, just as for existing homes, will continue responding to new work-from-home and commuting patterns emerging as the pandemic abates and we all get to see to what extent office workers really do return in person.

NAHB chief economist Robert Dietz said, "As workplaces increasingly adopt hybrid work models for roughly 30% to 40% of the American workforce, renters and buyers will have increased market power to minimize travel times and reduce both housing and transportation cost burdens."

"Market power" here, it seems reasonable to assume, translates to market power for sellers of new and existing homes to continue to command a premium price for their real estate investments. Areas that provide both reasonable commute and prime work-from-home options seem like the best bet if you agree that preferences that grew out of the pandemic will continue to dominate in the emerging new housing market. 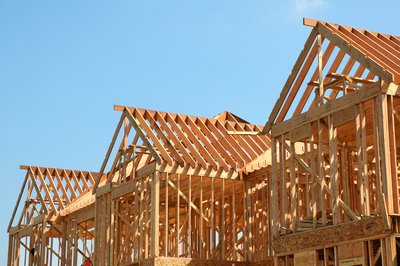