Like many other industries, movie theaters are struggling during the coronavirus pandemic. In October, Cineworld Group (LSE: CINE), the parent company of Regal Cinemas, announced plans to shut down its U.S. theaters. Meanwhile, AMC Entertainment (NYSE: AMC) is also in bad shape and expects its cash resources to be depleted by early 2021.

The blow to movie theaters has been twofold. First, capacity restrictions make operating a theater profitably a difficult task. Secondly, the fact that Hollywood production has largely paused has left movie theaters in the difficult position of having no new films to offer patrons.

But there's one breed of movie theater that may be able to thrive during these trying times: drive-ins. In Chapel Hill, North Carolina, The Drive-in at Carraway Village, a new drive-in movie theater, opened in mid-October to fanfare. And in Los Lunas, New Mexico, construction has been underway on a new drive-in theater that's intended to be a permanent fixture.

Of course, the need for drive-in theaters is clear for the moment. Since indoor movie theaters aren't safe, drive-ins provide a viable alternative that serves the very important purpose of getting people out of the house. The question is: Will they manage to thrive once the pandemic is over, or are they more of a temporary trend?

The drive-in model, though popular back in the day, hasn't exactly been a mainstream way to watch movies. But at the right price point, drive-ins have the opportunity to attract and retain a substantial customer base.

Seeing a movie has gotten expensive. In 2019, moviegoers in the United States paid an average of $9.16 per ticket for the classic theater experience. Drive-in theaters, which typically charge by the vehicle, not by the person, are a more economical alternative for larger families or groups of friends on a budget who want to enjoy a night out together. Drive-in theaters can capitalize by marketing themselves as a lower-cost entertainment solution, and if they step up their game by offering onsite amenities like concession stands or food trucks, they stand to attract movie fans even once the idea of sitting in a crowded theater is no longer foreign or dangerous.

Of course, drive-in theaters will also need to invest in quality projection systems, speaker systems, and the right programming. But drive-ins are, in many ways, an optimal venue for themed screenings or mini film festivals, and that's an angle they can explore, even once Hollywood opens back up and new releases once again start steadily trickling in.

From a real estate investing standpoint, drive-in theaters offer solid opportunities for revenue. Otherwise vacant lots can instead become entertainment hubs, giving landowners a chance to collect revenue. And drive-ins could also be a boon to local businesses. Nearby restaurants with limited foot traffic could start seeing their customer base increase if drive-in theaters set up shop nearby and patrons embrace the dinner-and-a-movie concept.

While drive-in theaters may be serving a specific need right now, they have the potential to become an entertainment mainstay. That's something real estate investors should get very excited about. 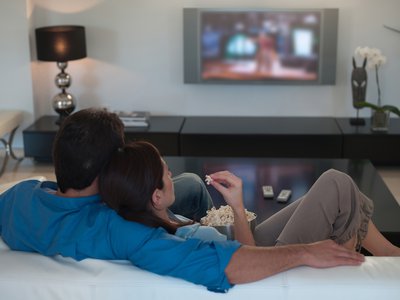 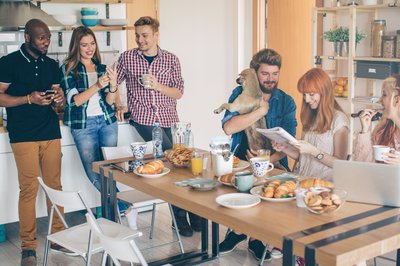