Condo Sales Post-Florida Collapse Show No Retreat From the Beach

Sea-level rise? Hurricanes that can devastate both the Gulf Coast and metro New York in one very fell swoop? A beachfront condo tower that collapses suddenly, killing a hundred people? No sweat.

That third event -- the Champlain Towers South disaster on June 24 in Surfside near Miami -- served as the motivation for a new report from ATTOM Data Solutions that found no evidence of a retreat from the beach, at least among buyers of condominiums.

The data looked at 86 counties bordering the Atlantic and Pacific oceans and Gulf of Mexico that had at least 25 condo sales each in the past three quarters. The data divers were seeking to analyze condo price trends in areas similar to the one where the building collapsed in Florida, the company said.

"Condos in oceanfront areas appear to be right in the middle of the pack when it comes to the ongoing market boom. Broadly speaking, they are worth close to what condos around the nation are worth and are gaining value at around the same pace as all homes in the U.S.," said Todd Teta, ATTOM’s chief product officer.

Florida sales far outpace the rest of the coastal U.S.

The data showed that median condo prices for 2Q21 came in higher than the national median condo value of $305,000 in 43 of the 86 oceanfront counties, that’s how closely they tracked the overall performance regardless of geography.

Meanwhile, Palm Beach and Miami-Dade accounted for the most second-quarter sales, at 10,454 and 9,396 respectively, among individual counties, and the Sunshine State had the most sales overall at 58,404, followed by Hawaii at 4,686, South Carolina at 4,617, and Massachusetts at 4,198.

ATTOM said that median condo prices jumped at least 20% year over year in 47 of those 86 counties and by at least 30% in 28 of them. By percentage, the largest jump was in Pasco County, Florida, at 245%, followed by Galveston County, Texas, at 102%. They fell by 22% year over year in Santa Rosa County, Florida, the sharpest drop, followed by Onslow County, North Carolina, at down 18%.

Four of the five highest second-quarter median prices in the 86 counties analyzed were in northern California, led by San Francisco County at $1,175,00. Kings County (Brooklyn), New York, was third at $876,250.

Walton County in the Florida panhandle had the highest median price for condos in the South at $475,000, with the lowest overall in Atlantic County (Atlantic City), New Jersey, at $124,000. Jefferson Parish, part of the New Orleans area, also was the second-lowest in median price at $135,00 for a condo.

Teta made a point to be clear what the report does and does not address:

It’s important to note that this report is not, in any way, an attempt to show where condos may be vulnerable to the kind of disaster that hit in Florida. That’s not what our data can address. Rather, it’s a look at the markets for those kinds of homes, which look to be going strong.

Indeed. Disasters can happen anywhere, including in those California counties where wildfire risk has become so high. Those are the most expensive areas, too. The best bargains for condo investors appear to be on the Gulf Coast (there were Alabama counties listed among the most affordable, too).

But how long people will be willing to pay big bucks -- and insurers are willing to cover those properties -- to buy or rent in those areas remains to be seen, but disasters can seem easy to put behind us.

It wouldn’t be surprising to see their appeal outweigh the negatives in the minds of the market -- including real estate investors interested in flipping or rental properties -- for years to come.

Ask Millionacres: Should I Rent Out my Condo as an Airbnb 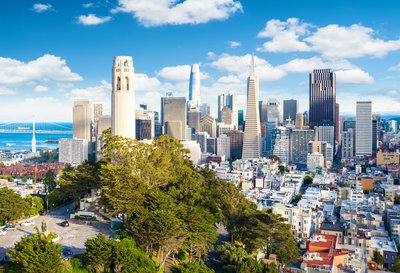 San Francisco Realtors Are Offering Huge Incentives to Sell Condos. What Does This Mean for Investors?