Outfront Media: What You Need to Know

Is this billboard REIT a good fit for your portfolio?

In this article, we'll take a deep dive into Outfront Media's business, the latest developments, the dividends and total returns it has created for investors, and more.

While billboards only make up about 9% of the company's total advertising displays, they account for the majority of Outfront Media's income. 69% of the company's revenue comes from billboard advertising, so investors should realize it is the most important part of the business. And most (86%) of Outfront's customers purchase both types of ads, not just one or the other.

Outfront Media has been a publicly traded REIT since March 2014 and has operated under its current name since November of that year, but that doesn't tell the full story. The company's roots date back to 1938, when Transportation Displays Incorporated (TDI) was formed. Over the past 30 years or so, the company has been owned (in whole or in part) by Infinity Broadcasting, 3M, Gannett, Viacom, and CBS.

When Viacom was split from CBS in 2005, the billboard company became known as CBS Outdoor. It remained a division of CBS until March 2014, when it was spun off as an independent company and began trading as a REIT on the New York Stock Exchange. In November of the same year, it announced that it would rename the business as Outfront Media, and it still operates under that name today.

Here's the general idea behind how Outfront Media makes money and why it's considered a REIT:

In the billboard portfolio, Outfront doesn't typically own the land its billboards are on. Instead, it generally leases the land (or rooftop) where the billboard is but owns the structure and display permit. It then leases the advertising face to customers for periods ranging from a few weeks to a year. With its transit display assets, Outfront has multiyear contracts with major transit systems that give the company exclusive rights to rent space to advertisers.

Outfront Media focuses on urban markets, where it can get the most eyeballs in front of its ads. New York and Los Angeles are by far the two largest markets, making up about 37% of the company's revenue, and other major markets include Miami, New Jersey, Washington, D.C., and San Francisco, just to name a few. The company aims to grow its reach through acquisitions, gradually adding advertising faces in its existing markets as well as expanding its reach.

The company has also started to make money by leasing out empty space on its billboard assets to wireless carriers -- a natural fit, and a great way to boost revenue (especially with the rollout of 5G, which needs more transmission sites closer together) and without any additional capital expenditures. Outfront Media has identified 25,000 potential sites where it could incorporate this, and it's perhaps the most exciting growth opportunity in the business right now.

Over the past few decades, growth in the outdoor advertising market has approximately kept pace with GDP growth and has maintained its share of the advertising industry. In the 20-year period ending in 2018, outside-of-home ad spending grew at a 3.3% annualized rate and hasn't been disrupted by fast-growing forms of advertising like mobile and internet search ads.

There are some good reasons why print advertising spending has declined significantly while companies still invest in billboards and transit ads. For one thing, it's effective, and it will continue to be -- people aren't reading newspapers and magazines as much as they used to but are driving and moving around more than ever (at least when there isn't a pandemic going on). And unlike more tech-heavy forms of advertising like mobile video ads, consumers have no choice but to view them – they can't skip them after a few seconds like on YouTube.

Finally, outdoor advertising is cost-effective, with a CPM (cost per 1,000 views) that is less than any other major advertising type. In fact, some of the most technology-focused companies in the world, such as Apple (NASDAQ: AAPL), T-Mobile (NASDAQ: TMUS), and Facebook (NASDAQ: FB), are among the 10 highest-spending companies on outside-of-home advertising.

Outside-of-home advertising is a roughly $7 billion market in the United States, and Outfront Media's TTM (trailing twelve-month) revenue was about $1.4 billion, giving the company an impressive 20% market share.

The biggest recent news item affecting Outfront Media has been the COVID-19 pandemic, which has dramatically hit the company's business.

In the third quarter of 2020, Outfront's revenue from its advertising assets declined by 39% year over year. Simply put, companies get less value from roadside billboards and transit ads when fewer people are traveling and commuting. Billboard revenue declined, but as you might expect, transit advertising has taken the worst of it, declining by nearly 70% from year-ago levels. There has been some recovery since bottoming in the second quarter, but until people can safely use public transportation (and have offices to go to) once again, this part of the business is likely to remain depressed.

The good news is that Outfront's business remains profitable, generating positive funds from operation (FFO) in the third quarter (although 70% less than a year ago).

I won't sugarcoat it. Outfront Media's stock has been a lousy performer since going public in 2014. And while the effects of the COVID-19 pandemic certainly caused the recent underperformance, Outfront was underperforming the S&P 500 long before. In fact, it has underperformed the S&P 500 by more than 115 percentage points since March 2014.

It's also worth noting that while Outfront Media has been a decent dividend stock in the past, the company recently made the decision to preserve financial flexibility. The company paid quarterly dividends until the first quarter of 2020, and the most recent payout of $0.38 per share would translate to a yield of approximately 7.7% based on the stock's price in early December 2020.

The bottom line on Outfront Media

Outfront Media hasn't been an excellent investment in its six and a half years as a public company, and the COVID-19 pandemic certainly didn't help. In a post-pandemic world, Outfront Media should become a solid income stock once again, and if you believe outdoor advertising is here to stay, it could be worth a look. 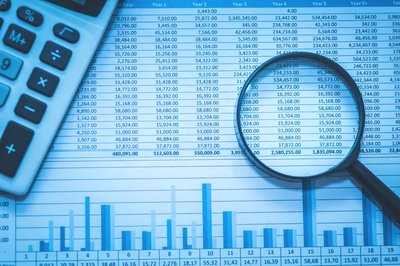 2 Under-the-Radar REITs That Could Steal the Spotlight

VineBrook Homes Is About to Get a Lot Bigger