Pros and Cons of a Net-Zero-Energy Building

If you believe in future-proofing and that conscientious development can fight climate change, getting to net zero may be a goal for your next building.

Between the worldwide shift toward green building as a way to fight climate change and the simple fact that reduced energy usage lowers utility bills, zero-energy building, aka net-zero-energy or NZE building, is piquing increased interest interest among landlords and investors. The practice isn't being widely adopted yet, but its key components -- reducing energy consumption, switching to renewable energy sources -- are desirable from corporate responsibility and cost-saving standpoints. Zero energy building fits under the ever-more-desirable umbrella of clean energy, and serves every landlord and owner's end goal of reducing operating expenses in commercial buildings where it's implemented.

"Net-zero energy is really about zeroing out the energy normally produced from fossil fuel sources and replacing it with on-site renewable energy," explains Eric Corey Freed of Organic Architect, a firm that specializes in clean energy building and consulting.

Freed is among the clean energy proponents who believe that zero-energy building principles can be applied successfully to any commercial building or residential community. His first step when attempting to convert a building to zero energy is to do an audit and show the owner how to reduce energy use in the building. Then he creates a plan for switching to renewable energy generation and phasing out natural gas usage.

What is a zero-energy building?

The U.S. Department of Energy keeps a common definition for zero-energy building on its official web site in the Office of Energy Efficiency and Renewable Energy section. The short version is, a zero-energy building produces as much energy as it consumes in a year. In other words, it "zeroes out" its own energy footprint.

"Net-zero energy" is the popular term because of the way energy usage is calculated: throughout the course of an entire year instead of at any one particular moment.

"We typically use more energy in the summer (when the heat requires more air conditioning) but less in winter, so we look at the total energy consumption over an entire year and design the solar systems to zero out the yearly total," explains Freed.

In Europe, there's NZEB (nearly zero-energy building), which is a more accurate term to describe buildings that are working toward a zero-energy footprint but haven't achieved it yet.

Net zero and the grid

Instead of pulling carbon-based energy from the regional utility grid, a zero-energy building produces its own energy using renewable systems, like solar, wind, or geothermal. If it can't do that, it runs off clean, carbon-free energy purchased from a green power source.

There's ongoing confusion about whether net-zero-energy buildings are typically on the regular electrical grid at all. The answer is yes, they often are. In fact, the grid is where most buildings store any surplus energy they've created till they need to use it. In addition, many utility companies offer green power purchasing as an option.

One common question is, how is net-zero-energy building related to renewable energy and energy efficiency? The answer is, net-zero energy makes a building run on renewable energy, requiring less or no dependence on fossil fuels -- and the less electricity a building needs, the less renewable energy is needed to power it. In Freed's work, his first step in modifying an existing building is doing an energy audit to determine where system efficiencies can be created.

So, the three terms are symbiotic, but each refers to a different function. They are not interchangeable.

Certification by a third party

There are three organizations that certify zero-energy buildings:

You do not have to get a third-party certification in order to reap the cost savings of net-zero energy. However, getting certified is advisable if you intend to apply for incentives from your state, because it provides proof that your project meets the standards for zero-energy building.

Freed says that, incentives aside, third-party certification is "a worthwhile effort in order to educate your occupants, residents, guests, and tenants of the building's achievement."

A minimal carbon footprint is important to many current and potential building occupants these days. It's environmentally responsible and also reduces utility bills, which matters to landlords and tenants of commercial buildings. Proponents of net zero say that it can also increase a building's valuation and -- through the increased use of natural light -- improve employee performance and morale.

From the developer or owner's standpoint, the benefits of zero-energy building are that these buildings are higher performing -- making the most of natural resources instead of being dependent on outdated systems that gobble up fossil fuel energy -- and "future proofed." With ever more of a focus on climate policies and prioritization of renewable energy, buildings that were built or retrofitted to be net zero are ahead of the curve.

In addition, even attempting to get to net zero will potentially qualify buildings for various incentives and resources. States and counties offer all sorts of incentives, from rebate programs to low-interest loans to tax credits and exemptions. The most extensive online database for renewable energy incentives is operated by the N.C. Clean Energy Technology Center and contains information on thousands of programs.

Going net zero requires meticulous specialized planning, whether modifying an existing building or building net zero from the ground up. Even some green energy experts admit that getting to net zero is not feasible for certain structures.

Before even attempting to make a building zero energy, one must first substantially reduce the energy load required to run it. This usually means assessing everything from how natural light is allowed in and utilized to outfitting the building with smart sensors to installing solar panels.

Furthermore, in order for a building to be considered net zero by the U.S. Department of Energy, the renewable energy generation to power it has to take place within a certain project boundary. Ideally all the energy would be generated by solar panels on the building. However, because high rises have many spaces and occupants in a vertical building with limited roof space for solar panels, it's very hard for them to generate the energy that is needed. According to Building Green, it is virtually impossible for buildings over four stories high to generate enough energy using solar panels.

Residential homes, in theory, are much better set up to get to net zero, but in order to do so, there can be no trees or other buildings blocking each building's solar panels.

For zero-energy building advocates, there's no reason to stop when you get to net zero. In some cases, a building can begin to produce more energy than it consumes, turning it into a net-positive-energy building that can potentially feed clean energy onto the grid.

Should landlords strive for a zero-energy building?

In situations where the architecture and location of a building make getting to net zero realistic, then yes, it's something to consider. Eventually, all buildings are going to have to be modified for future needs, and it's better to do it mindfully and with help from incentives than do it under duress and behind the curve of culture.

However, if a building is too tall, or multiple adjacent units are placed too near each other, and it's not possible to buy renewable energy nearby, then getting to net zero may be impossible. In that case, look at other alternatives, such as going carbon neutral. 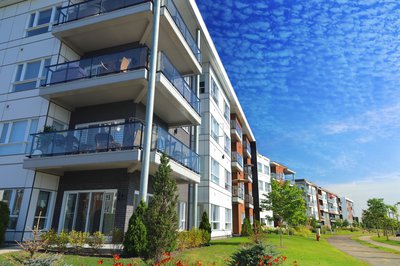 KKR Is Betting on Self-Storage Real Estate: Should You? 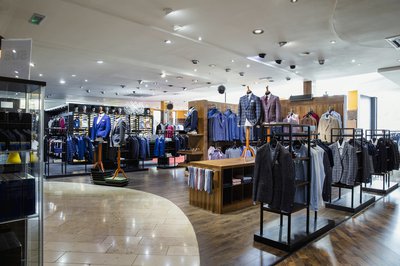