The COVID-19 crisis took a lot of people -- and businesses -- by surprise, and months later, many are still reeling from it. In fact, some people are changing their approach to all things financial in the wake of the outbreak and the subsequent recession it's managed to spur. And that may include the extent to which they're willing to commit to a housing or commercial lease situation.

Many individuals have seen their income take a hit during the pandemic. Some have done reasonably well on unemployment; others, less so. In the coming months, as more and more people grapple with joblessness, job insecurity, or other financial woes, we may see renters start trending toward shorter-term leases -- including month to month arrangements -- for fear of committing to anything long term at a time that's ridden with uncertainty.

Commercial tenants may opt to go a similar route. Earlier in the year, a lot of businesses were forced to close up shop when lockdown measures were imposed to combat COVID-19. Many of these businesses have yet to recover financially from the loss of revenue that ensued. And with COVID-19 cases now surging in much of the country, it's conceivable that additional lockdown measures will need to be imposed to keep the public safe. As such, commercial tenants whose leases are coming due may be hesitant to commit to longer-term arrangements for fear that they won't be able to keep up with their rent or that they won't need their storefronts or office space if closures are indeed mandated.

Landlords may need to be flexible

It's too soon to tell to what extent individual and commercial tenants will strongly begin to favor short-term leases, but it may be in landlords' best interest to be as accommodating as possible. Many people won't be in a strong enough financial position to make long-term plans, and by agreeing to shorter-term leases, landlords can lock in some near-term income rather than run the risk of having vacancies on their hands.

Short-term leases can also protect landlords from income loss in today's environment. Consider a tenant with adequate cash flow to cover a lease for the next six months, but possibly not beyond. A landlord who insists on a one-year lease may find that the tenant in question is overwhelmingly delinquent for the latter part of that lease, and in that scenario, nobody wins. On the other hand, a landlord who agrees to a short-term lease in this situation would then have the option to seek out a new tenant after that lease expires, resulting in, perhaps, a two-month vacancy rather than up to six months without a rent payment.

A lot of people's finances, and plans, are in flux due to the pandemic, and things could stay that way a while. It may be the case that shorter-term leases fall into favor, and landlords may need to adapt to that -- for their own sake. 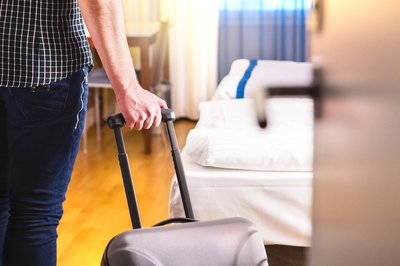 Remote Work Saved This Rental Start-Up: Should Investors Check It Out?