When Zillow (NASDAQ: Z, NASDAQ: ZG) announced in February of this year that it was buying ShowingTime, the leading online in-person scheduling platform for real estate showings, the agents at my brokerage (which we can probably assume is a microcosm of brokerages everywhere) were not pleased. Many believe this is just another step Zillow's taking to cut out agents altogether -- unless they're Zillow agents.

Real estate agents and anyone else concerned with big tech companies getting too big will be interested to know and follow what happens with Zillow's pending acquisition of ShowingTime that's now being challenged.

On August 12, two lawmakers, Rep. Ken Buck and Sen. Mike Lee, sent a letter to Lina Khan, an antitrust law expert and chair of the Federal Trade Commission, asking her to review the $500 million pending acquisition of ShowingTime by Zillow.

The letter makes the case that Zillow has been growing and wiping out competition in the real estate industry by acquiring companies such as Trulia, Dotloop, Bridge Interactive, StreetEasy, and Naked Apartments. Of Zillow acquisitions, only the Trulia deal, a $2.5 billion acquisition, received regulatory review. (In 2015, that deal was approved.)

The concern is that Zillow is growing so big there will be no significant competition, and that could ultimately hurt consumers in what is often the largest purchase of their lives.

Letter comes on the heels of antitrust scrutiny regarding tech giants

A bipartisan group of lawmakers, in an effort to reform antitrust laws, introduced a package of five bills in June of this year that would force technology giants Facebook, Google, Amazon, and Apple to overhaul their business practices, making it more difficult for those companies to buy businesses that would present a conflict of interest.

Because of the widespread bipartisan support for these bills, it could signal trouble for Zillow's practices since Zillow is also a tech giant, albeit in the real estate industry. Take the Zestimate (Zillow's proprietary home-value estimate tool) combined with Zillow's now being a brokerage. Rep. Buck and Sen. Lee paint a troubling picture in the letter:

"The effect of Zillow's acquisitions appears to be that it can effectively tell the homeowner what their home is worth, buy the home from the homeowner for that amount, and then turn around and immediately sell the home for a higher price."

And that's just one possible problematic outcome of Zillow's snowballing growth. By becoming a broker, for example, Zillow is directly competing with real estate agents and brokerages that use and depend on Zillow to do business. It's not a stretch to imagine how Zillow could start favoring its own agents at the expense of everyone else.

Not the first antitrust lawsuit against Zillow

When you're a giant in an industry, you're bound to be a target, whether warranted or not. Here are two prior lawsuits that were filed against Zillow:

1. In March, REX, a digital platform and full-service real estate brokerage, filed an antitrust complaint against Zillow for giving what REX claimed was preferential treatment to certain agents regarding listings. REX claimed that real estate agents who are not members of the National Association of Realtors (NAR), of which REX is not and Zillow is, are buried on Zillow's site.

In June, a judge ruled in favor of Zillow, saying REX couldn't support its claim of injury.

2. Zillow's Zestimate tool was the target of a 2018 class action lawsuit that claimed the Zestimate makes it harder for people to sell their homes since the Zestimate is often inaccurate and difficult to get changed.

The judge sided with Zillow since Zillow is up front that the Zestimate is just a starting point and not a valid appraisal. (Although, psychologically, by presenting a price instead of a range, many people tend to think the Zestimate is an accurate representation of the value of the home and not an educated guess, as a range might suggest.)

Is the real beef the acquisition of ShowingTime, or is this more of an "in" to draw attention to what Zillow's been up to? That's up for debate. This ShowingTime deal would be the company's 17th acquisition and second most expensive after Trulia.

Zillow maintains that by purchasing ShowingTime, everyone can access this online scheduler, not just Realtors who have access to the platform via their multiple listing service (MLS). And that's precisely the argument Zillow uses for just about everything it does, namely pulling back the curtain to reveal what only Realtors could once see. But make no mistake: Zillow's goal is to control the entire home-selling and buying process. 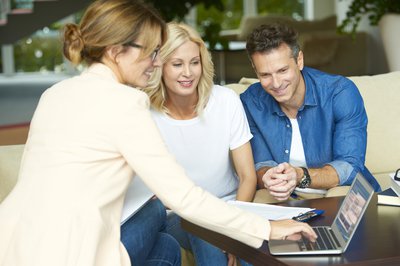 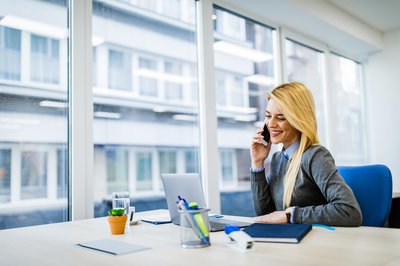