Why We Think These Retailers Will Score This Holiday Season

Many retailers saw their revenues decline when the pandemic hit in 2020. Given that non-essential stores had to shutter temporarily, that wasn't surprising. And while last year's holiday sales numbers helped compensate for that decline, retailers are hoping for a strong season this year.

There are just two things that might stand in their way. The first is a major supply chain and shipping backlog that's putting retailers at risk of not having enough holiday inventory for customers. The second is an ongoing labor shortage.

Retailers have actually been struggling to hire since the summer, and back then, some lawmakers were pointing the finger at boosted unemployment benefits as the reason why. But those boosted benefits have been off the table for roughly two months on a national level (longer in some states). Despite that, retailers and other businesses are still having a tough time filling open positions.

Given that holiday sales are expected to rise up to 9% this year, the last thing retailers can afford to do is lose out on revenue due to a lack of employees. But some retailers are stepping up and finding ways to entice workers to come on board. And they're the ones that are most likely to emerge winners during the 2021 holidays.

Big-name players in the retail space are getting increasingly creative in drawing in talent. Department store Belk is offering competitive pay, flexible schedules, and a 20% employee discount in an effort to get more hands on deck in time for its holiday rush.

Target, too, is stepping up its game by giving workers an additional $2 an hour in pay during peak hours between late November and late December. The big-box giant is also planning to give existing staff members the option to pick up more hours instead of solely relying on new seasonal hires during the holidays.

Walmart is also doing a lot of hiring too. And it's hoping to bring in workers with flexible hours, tuition reimbursement, and a sweet 10% discount.

Kohl's, meanwhile, is luring workers in with a generous bonus. All its hourly workers, including distribution- and fulfillment-center employees, will be eligible for a $100 to $400 payday on top of their hourly wages for working during the holidays. The company's also offering special employee shopping days and a 15% discount for workers.

Retailers need strong holiday sales numbers to thrive. And real estate investors want retailers to thrive because if they don't, they might have to close down locations. The result? Less rental revenue for shopping centers and malls.

The fact that these key players in the retail space are getting creative and offering up enticing perks could help them fill their staffing needs at a time when that's so important. And, so, there's reason to believe that all these retailers will do quite well for themselves during the holiday shopping boom.

Could This Trend Make Brick-and-Mortar Stores Even Less Essential?

This Mall REIT Goes Back on the Big Board -- but Should Investors Be Back on Board? 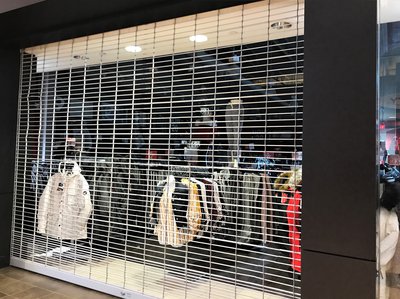 How to Think About Store Closures and Retail Real Estate Now