Why CRE Investors Should Care About the RESTAURANTS Act

With the Trump impeachment trial behind it, Congress can now turn its attention to matters of the economy, including this mouthful: the Real Economic Support That Acknowledges Unique Restaurant Assistance Needed to Survive (RESTAURANTS) Act of 2021.

The RESTAURANTS Act would provide $25 billion in government-funded grants, with a maximum of $10 million per restaurant group or $5 million per individual restaurant location, and cover payroll, mortgage, maintenance and -- listen up, landlords and investors -- rent for a period stretching from Feb. 15, 2020, through Dec. 31, 2021.

The relief measure made it through the House Small Business Committee last week and is now part of the $1.9 trillion stimulus package expected to go to the House next week and the Senate after that, if it passes.

With Democrats in control of both chambers and one in the White House, it seems reasonable to assume something final is likely to emerge, especially if some Republican lawmakers come along. The result could well make a big difference to not only those businesses, but a whole lot of commercial real estate investors.

Despite a January uptick in sales -- the National Restaurant Association (NRA) says that was the first in four months -- more than 110,000 restaurants, bars, taverns, cafes (you name it) have shut down since COVID-19 arrived in the U.S. last winter.

The effort to include eateries and drinkeries as a separate category for relief began last year and is now coming to fruition, with bipartisan support, the NRA says in this optimistic comment from its executive vice president for public affairs, Sean Kennedy:

The unified RESTAURANTS Act of 2021 is a light at the end of a long, dark winter for independent, chain, and franchise restaurants that have been most impacted by the pandemic. While many other industries have started to recover, the restaurant industry finished last year in a double-dip recession, and with 2.5 million fewer jobs. These grants will put even the hardest-hit restaurants on the path to economic survival.

There have been a couple different versions of targeted restaurant relief introduced as separate acts and/or included in budget resolutions.

They all address the need to include smaller operations in the bailout, especially those that missed out on the Paycheck Protection Program and similar relief, although operations that did get that help are still eligible this time around.

There are a lot of details about who will be eligible and how. This article from Restaurant-Hospitality.com shares a lot of the nitty gritty. Just a couple details: Operators cannot be part of a chain of more than 20 locations, and they cannot be publicly traded.

That means, of course, that a listed real estate investment trust (REIT) can’t get the funding, but some of their tenants sure can, especially independent operators.

Restaurants are included in many retail REITs, of course, but this can be particularly good news to those that have a heavy dose of local tenants in their portfolios, such as Whitestone REIT (NYSE: WSR). It's also happy news for all those other investors, big and small, who have a financial stake in these businesses.

The best thing that can happen is for the coronavirus plague to fade into bitter memory, but in the meantime, measures like these can help keep businesses afloat and bellies full. 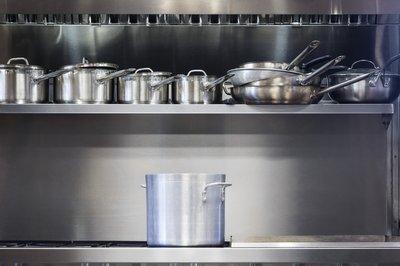