Where Do the Political Parties Stand on Housing and Real Estate?

As the election season heats up, the intersection of real estate and politics becomes increasingly important to understand -- particularly for real estate investors. Both President Trump and the Democratic presidential nominee Joe Biden have been issuing their own visions for housing, and they couldn't be more different.

Here's an overview of how each candidate and party views housing and real estate, why investors should care, and what to keep an eye out for as the presidential election draws closer.

The big news on the Republican side has been the revocation of an Obama-era fair housing rule that required local jurisdictions to self-audit housing discrimination in their areas. President Trump saw this move as supporting suburbs, a key demographic he needs to win over in the next election.

The thinking goes like this: The Affirmatively Furthering Fair Housing rule (AFFH) created an accountability mechanism by which local municipalities were encouraged to spread out low-income housing rather than have it isolated in a few communities. The AFFH put a spotlight on housing discrimination, forcing local authorities to spread out these developments to other areas -- including the suburbs. By revoking this rule, local jurisdictions won't need to report their housing makeup, therefore loosening the accountability against possible discriminatory practices.

There has also been Republican opposition to including further housing aid in ongoing COVID-19 economic stimulus bills. Republicans are also resisting expanding the eviction ban and proposing cutting the enhanced unemployment assistance to $200 a week. This would hurt renters and ultimately landlords, who may see a wave of nonpayments throughout the fall.

Joe Biden's biggest housing announcement has been his intention to expand America's biggest housing assistance program -- Section 8 housing vouchers. As it stands, approximately 11 million households are left out of this program because the pot of funds allocated by Congress is not sufficient enough to cover all who qualify. Biden plans on expanding the availability of Section 8 vouchers to all who qualify.

For real estate investors involved in affordable housing, the renter supply may increase due to the larger availability of this type of financial support. Here are a few other initiatives from the Democratic Presidential nominee:

In other democratic housing moves, in mid-July, Senator Bob Menendez, D-N.J., launched the Promoting Access to Credit for Homebuyers Act. According to Senator Menendez's press release, this act would require government-sponsored enterprises (such as Fannie Mae and Freddie Mac) and the Federal Housing Administration (FHA) to continue to purchase or insure mortgage loans, regardless of whether the borrower is in forbearance. Essentially, this means these agencies would be required to continue to backing mortgages in forbearance without adding any additional costs to lenders and borrowers.

Democrats have also been extremely active as of late in promoting legislation that seeks to reduce and eliminate discrimination as it relates to housing. Further to Biden's initiatives above, Senate Democrats recently launched the Economic Justice Act, which commits $215 billion over the next five years for affordable housing, homeownership, and infrastructure.

Democratic Presidential nominee Joe Biden is seeking to expand government involvement in housing and extend government subsidies. This could make renting more affordable but may place an additional push to raise taxes by cutting incentives. His Democratic peers are also pushing these types of initiatives, with a particular focus on housing discrimination and racial bias.

On the other hand, President Trump, as a real estate developer himself, has sought to cut government involvement in housing markets and has dramatically expanded tax benefits to real estate developers and investors. Republicans generally are opposed to expanding any benefits to Americans, particularly eviction or rent relief. Look for housing to be a hot topic during the upcoming Presidential election season. Here at Millionacres, we'll keep you informed on how the various proposed policies could affect you as a real estate investor. 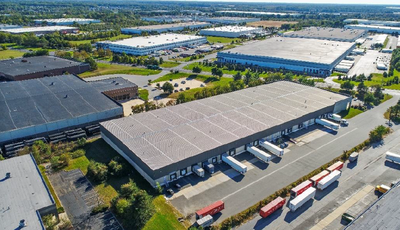 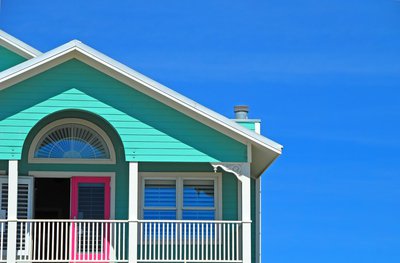 Where to Buy a Vacation Rental Now in a Weakened Economy