The Department of Housing and Urban Development (HUD) has always had a system of inspections for Section 8 landlords to make sure the housing the agency subsidizes is safe and habitable. However, what that means can vary greatly, so HUD is trying a new approach to standardize inspections. Here's what Section 8 landlords need to know.

HUD's new proposed rule is called the "National Standards for the Physical Inspection of Real Estate" (NSPIRE). The goal is to create a new self-inspection system for HUD-assisted housing. There are currently two sets of rules, the Housing Quality Standards (HQS) that apply to the housing-choice voucher system and the Uniform Physical Condition Standards (UPCS) that apply to public housing and private housing through the multifamily project-based Section 8 programs. The concern has been that these existing models lead to inaccurate results. Section 8 housing has often had a reputation for having inconsistent heat, plumbing, and other serious issues. HUD pulled together researchers, scientists, and academics to establish new standards for keeping tenants safe.

An attempt to build a better system

In 2019, HUD asked public-housing authorities and owners of HUD-assisted housing to be part of the NSPIRE pilot project. HUD put out the call for 4,500 properties to be inspected under the new NSPIRE model. As of the end of 2020, 4,200 properties had joined the pilot program.

The new model calls for three types of inspections: self-inspection by property owners and public-housing inspectors, inspections by contractors or federal inspectors, and inspections conducted only by federal contractors. The properties are looked at for health and safety, function and operations, and overall physical condition. The areas for inspection are the common areas and building systems, the outside, and the individual units. This is consistent with existing inspection guidelines.

Another important component of the new system is a change from standards calling for HUD-sponsored housing to be "decent, safe, and sanitary" to "safe, habitable dwellings." This may sound like a small detail but decent is seen to be a subjective term. New requirements seek to create more measurable terms, such as requiring that buildings be "functionally adequate, operable, and free of health and safety hazards." The use of "health" is important because it means buildings need more than looking good on the surface.

Current rules call for inspections every one to three years. The new rules could expand this to two to five years depending on qualifying for a longer inspection period. Part of this would be a more regular system of self-inspections so that repairs are done on a consistent basis rather than only when an inspection is imminent. There would also be separate rules for small rural public-housing authorities.

Another reason for standardizing inspections is to make sure HUD is collecting the data necessary for making decisions about budgets as well as identifying which areas are more likely to have substandard housing.

Comments to the proposed rule are due March 15 and can be filed online or via mail.

Changing rules for a changing world

One issue that occurred during 2020 was that inspections were paused due to COVID-19 and didn't resume until the fall of 2020. This episode accelerated HUD's mandate to bring more technology to the inspection process.

In November 2020, HUD announced the rollout of remote video inspections. These inspections can now be used by public housing authorities that are part of the Housing Choice Voucher program. These are likely to continue even after the pandemic has passed because they can save taxpayer money and allow more inspections to be completed more efficiently. Video inspection can also be used in those rural areas where it can take a long time to get from place to place.

With the federal eviction moratorium extended until March 31, 2021, and the COVID-19 pandemic still requiring the utmost of caution, it may be a while before HUD can fully implement new rules. One encouraging fact for landlords offering Section 8 housing is that President Biden has a strong focus on supporting affordable housing. His recent reference to "mom and pop landlords" indicates that he may be considering the concerns of both landlords and tenants as he plans future stimulus programs. His choice for HUD Secretary, Representative Marcia Fudge, hasn't been confirmed yet but it is expected that she will continue to work with HUD on putting this new system of inspections into place. 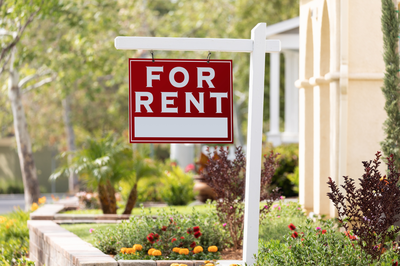