What to Do With the Realty Income Office REIT Spinoff

Net lease real estate investment trust (REIT) giant Realty Income (NYSE: O) will consummate its acquisition of peer VEREIT (NYSE: VER) on Nov. 1. That will make this industry bellwether an even bigger company and give it the wherewithal to spin off some of its less desirable assets in the form of a net lease office REIT on Nov. 12. If you own either of these two REITs, here's how you should be thinking about the spinoff now, before it hits your brokerage account.

Net lease REITs own single-tenant properties for which the tenants are responsible for most of the asset's operating costs. It is a fairly low-risk way to operate in the REIT space. However, all property types aren't equally as good a fit for the net lease approach. Office properties, in particular, can be a bit tricky.

One of the biggest risks is that an office, if vacated at the end of a lease, can require a lot of money and time to get ready for a new tenant. And if a single tenant can't be found, the property either needs to be sold or leased to multiple tenants, a move that breaks the net lease model completely.

It's not that net lease REITs shouldn't own office properties, but they come with more risk than, say, a well-located pharmacy property. So when Realty Income announced that it was buying VEREIT, taking its portfolio from around 6,600 properties to over 10,000, it seemed like a good time to jettison the nearly 100 offices that the combined entity would own. After all, that's just a small percentage of the pie and likely not worth the added hassle.

But the spinoff means that Realty Income and VEREIT shareholders are suddenly going to own an office-focused net lease REIT. What should you do with that information?

Some options to consider

The first choice you can make is to simply do nothing. That will leave you owning the new, larger Realty Income and the office spinoff. Essentially, it is the same total package as before, just broken up into two companies.

While more work, office properties add some diversification to the mix here that has value. Both Realty Income and VEREIT are heavily weighted toward retail assets. To put some numbers on that, roughly 84% of Realty Income's rents are tied to retail, with VEREIT at nearly 68%. The only other major exposure after the spinoff will be in the industrial space. So, keeping the new office REIT could be a nice way to round out the net lease exposure in your portfolio so you benefit from the diversification it offers. And you can always decide to sell later.

The second choice is to sell the office REIT. From a big-picture perspective, you own Realty Income because of the team that's running it. If their belief is that Realty Income is better off without the office properties, maybe you should follow along and get out, too. As noted, offices can be more complicated to own.

If you do sell, you have another choice to make: Do you take the cash as a profit and put it elsewhere, or do you put that money back into Realty Income? The distribution could be looked at as a dividend (it is basically a stock dividend) and if you reinvest dividends, selling and using the cash to buy more Realty Income makes a good deal of sense.

The final option is a bit of a hybrid approach, if you have the cash laying around. Simply put, keep the new office REIT and, at the same time, buy more Realty Income (in an amount equal to the spinoff value of the office REIT). This approach lets you take the time to get to know the office REIT, benefiting from the diversification it offers your portfolio, and keeps your investment in Realty Income at the same level it was before the spinoff. And, as with option one, you can always sell the office REIT in the future. Notably, the goal of the new office REIT is to grow its business, so it could end up being a worthwhile holding over time.

What do you do with the spinoff?

The obvious answer here is that every investor has to do what's most appropriate for their own situation. The most conservative approach is for dividend investors to sell the spinoff -- if Realty Income doesn't want it, why should you? The path of least resistance is to just do nothing, which gives you the benefit of maintaining your overall diversification. However, you'll probably want to keep an eye on the new REIT to see what it does as a stand-alone company.

The most aggressive approach, and the one I'm likely to take, is to hold on to the spinoff and put more money to work in Realty Income. I value diversification, so having the office exposure doesn't bother me (I can always sell it later), and I think the enlarged Realty Income will have material advantages that makes reinvesting the "dividend" (which is basically what the spinoff is) a desirable move.

I'll end up paying close attention to the office REIT, of course, but for now, owning both makes the most sense for my slightly more aggressive investment approach.

This Unique Non-Traded REIT Could Be Public Soon

15% of Investors Are New -- Here's Why They Should Own REITs 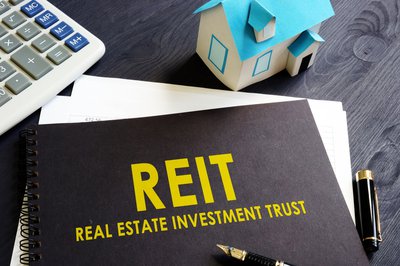