What Elon Musk's Development Plans Could Mean for Texas

Some billionaires have their every move breathlessly reported by gossip columnists and business writers, but Elon Musk is one of the few who also makes big real estate news. Wherever he and his companies move, jobs and housing issues follow. His current expansion in Texas is no exception. His Tesla (NASDAQ: TSLA) Gigafactory in Austin, Texas is in progress and will produce the Model Y when it ramps up production toward the end of 2021. But that's not Musk's only move in Texas. Let's take a look at some of his other projects and what his past history could mean for future plans.

As we recently covered on this site, Tesla and Brookfield Asset Management (NYSE: BAM) are partnering on a sustainable residential community in Austin that will feature Tesla's solar roof tiles, Powerwall battery storage, and other sustainable features. Given the recent problems with the Texas power grid, an alternative energy source may be welcomed.

The Tesla solar roof tiles haven't had a successful rollout, as Bloomberg reported recently, becoming a source of consternation for Musk. The beautiful tiles were introduced to dramatic acclaim in 2016, but changes in pricing and complications involved in installation led to the product missing Musk's targets; he has since changed up the management of that team. The announcement of the new project in Austin represents another chance to make the solar project a success.

It isn't just Tesla that Musk is bringing to Texas. Musk also has big plans for the small retirement community of Boca Chica, Texas. SpaceX has been active in the area for several years, and as it's expanded, the company has made more and more offers to buy out neighboring residents.

SpaceX's moves in the small town haven't always been welcomed. The company is a loud, disruptive neighbor, and those who don't want to sell may end up being forced out. However, SpaceX's expansion could be overall good news for the area. The town of Brownsville, Texas, has a population of around 180,000, and the median home price is close to $190,000 -- far below the national average.

Musk tweeted in March 2021 that he will be donating $20 million to Cameron County schools and $10 million to the city of Brownsville. He has said he wants to establish an entire city, known as Starbase, in the area.

When Musk tweets, people listen. Brownsville is swimming in a flood of real estate speculators hoping to cash in, and this isn't the first time that Musk has disrupted a town. Let's look at an earlier example.

The Elon effect in Reno

When Tesla announced that it was building a Gigafactory in the Reno, Nevada, area in 2014, it seemed like good news for the biggest little city in the world. After all, Tesla was promising thousands of jobs and as much as $5 billion in capital investment. Nevada offered a reported $1.25 billion in tax incentives. Tesla delivered on the jobs, but the development created a very tight housing market.

Just how bad is it in Reno? In 2020, rent in Reno hit over $1,400 for the first time and is currently around $1,476 -- up 14% in just the past year. While there are currently over 10,000 apartment units either under construction or in the planning stages, the city still has a severe shortage of affordable housing.

Prices of homes for sale have rocketed upward as well. The median house price soared past the $460,000 mark last year, and according to Redfin numbers from June, Reno home prices were up 30.4% year over year to a median sales price of $515,000.

But Austin isn't Reno. Reno has a population of around 250,000; Austin is trending close to 1 million and is home to a variety of growing companies -- and more just keep coming.

Elon’s commitment to Texas is personal. He ditched his California mansions and now lives in a $50,000 casita in Boca Chica, but his companies are still quite busy back on the coast. Several years ago, Musk's The Boring Company bought multiple parcels near its Hawthorne, California, factory.

Still, The Boring Company is also joining SpaceX and Tesla in Texas. It has established a foothold in Pflugerville, Texas, and an affiliated company scooped up 73 acres in nearby Bastrop County, Texas. It's not yet clear yet what the endgame is, but it's clear that Musk's ambitions for Texas are massive and take many different forms.

Billionaire entrepreneurs have a way of impacting real estate. The massive competition for Amazon's HQ2 is only the biggest example. Little fish can find plenty of benefit in following the whale. However, when the whale is making big waves and has a tendency to change course suddenly, small investors would be wise to use some caution before going all in. 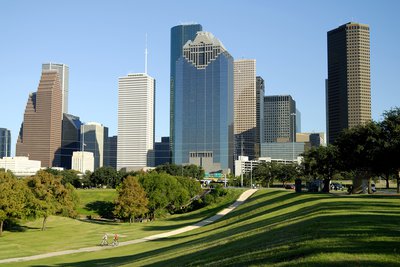 Everything's Bigger in Texas -- Even the Life Sciences 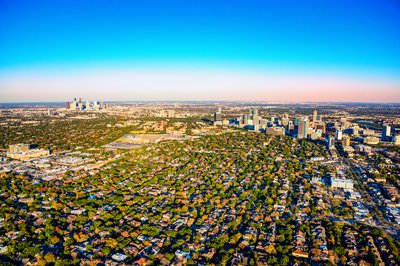 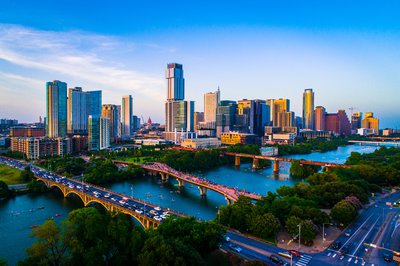 Could This City Be the New Tech Hotspot?