WeWork Slashes Rates 10% Across U.S.: What's the Future of Offices?

WeWork's had a rocky time. First, the fiasco with founder Adam Neumann. (He had to relinquish majority control of the company after a failed IPO attempt.) And then the pandemic happened, which had people working from home instead of in offices. Despite those great challenges, WeWork's still standing -- that is, after a bailout from SoftBank Group (OTC: SFTBY).

But co-working spaces are currently on shaky ground. Competitor Knotel filed for bankruptcy in early 2021. WeWork has found it necessary to slash prices, with an average price decrease of 10%, to rent space. So what's the future of co-working spaces?

Prices on almost all of WeWork's office spaces have been reduced, some as much as 25%; others as low as 5%. Detroit saw a 25% decrease to rent WeWork space, and the company's Chicago offices decreased rent by 24%. Other notable decreases were in Austin, Texas; Columbus, Ohio; Boston; New York City; and Denver.

Although the pandemic has kept people away, for the most part, from co-working spaces, there's light at the end of the tunnel: People have either contracted the virus or can soon get a vaccine to prevent getting COVID-19 (if they haven't already). Once people can safely work around others, this bodes well for the future of co-working spaces.

Why the need for co-working?

There's no doubt many people enjoy working from home. The pandemic has shown employers just how much staff can accomplish when you take away the commute to an office and office distractions.

But working from home isn't for everyone -- at least not all the time. Lots of people want human contact during the workday, not even necessarily with colleagues but just being around others. People are social beings and are reporting loneliness, anxiety, and other mental health issues from being isolated.

A return to the corporate office might not be an option

Just because people like to work around others, at least sometimes, doesn't mean they necessarily want or will even have the option of returning to a main office downtown. Now that the cat's out of the bag regarding working from home, many employers find they can save money by setting up workers in co-working spaces rather than getting into expensive long-term office leases or buying their own office building.

Co-working also allows for a popular business model, the "hub-and-spoke," where a company can have small offices, or spokes, in key regions that connect to a central corporate hub.

Before the coronavirus, only 4% of the workforce was remote employees. By April 2020, that number jumped to 34%. Upwork, a freelancing platform, predicts that by 2025, 1 in 4 workers will be remote, an 87% increase from pre-pandemic levels in remote working.

The pandemic hurt the co-working business, just as many businesses were hurt. But the co-working model has the potential to rebound once people can gather normally again.

People will no longer waste hours making a daily commute if there's no need to. The workplace will probably morph into a hybrid for many: going to headquarters for collaborations, working from home, and using a co-working space. 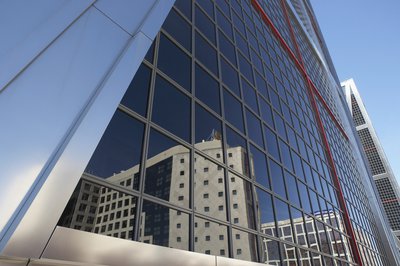 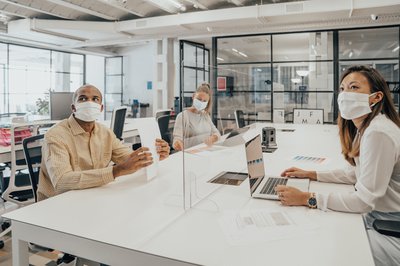 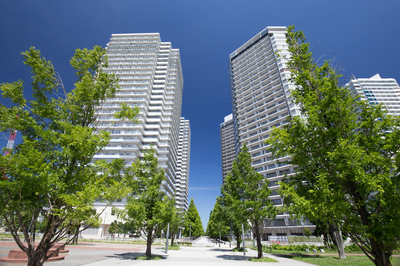