Physicians Realty Trust (NYSE: DOC) recently unveiled its latest deal. The healthcare REIT (real estate investment trust) is acquiring a large portfolio of medical office buildings for $764.3 million. That one transaction will move the needle for the company, which initially only expected to invest up to $600 million on expanding its portfolio for the entire year.

Here's a closer look at the deal and how it signals that the REIT is firmly back in growth mode.

Physicians Realty Trust signed a master transaction agreement to acquire 15 Class-A medical office buildings across eight states. The portfolio comprises 1.46 million square feet of space, 95% leased with an average remaining term of 7.4 years. Each building is either located on a health system campus or affiliated with a health system. Tenants leasing roughly 74% of the space have investment-grade credit ratings.

The $764.3 million price tag implies an unlevered cash yield on the portfolio of about 4.9%. Physicians Realty Trust expects to close the deal by year's end and finance it by issuing units of its operation partnership, assuming the debt on certain properties, and utilizing existing mezzanine loans as well as the proceeds from its credit facility.

Physicians Realty Trust is no stranger to making acquisitions. The healthcare REIT invested $275.5 million on expanding its portfolio in 2020, the bulk of which it spent in the fourth quarter after pausing acquisition activity during the early days of the pandemic. It made another $16.3 million of investments in the first quarter of this year, followed by an additional $55 million in the second quarter.

Usually, the company makes one-off investments, buying a single medical office building here and there when it finds an opportunity. However, it will complete larger portfolio acquisitions from time to time. For example, it acquired a four-property portfolio in 2017 for almost $300 million. That was part of a big year for the company when it spent $1.4 billion on acquisitions.

This transaction is its first large-scale portfolio deal in several years. Another noteworthy factor is that this one acquisition is so large that it exceeds its entire 2021 investment target range of $400 million to $600 million.

Another important factor about this deal is the valuation. Physicians Realty Trust is paying a going-in cash yield of 4.9%. That's slightly below the 5% to 6% average first-year cash cap rates its targets on investments. However, given the size of the transaction and the overall quality of the portfolio (Class-A properties leased primarily to investment-grade tenants), it was willing to pay a higher price in the form of a lower cap rate.

The company could afford to pay a higher price because it recently received an investment-grade credit rating upgrade from S&P Global and Moody's. That enhanced its access to capital while reducing its borrowing costs. It took advantage of this benefit last month by amending its credit facility, which included an increase in borrowing capacity and a lower interest rate.

A deal of this size will help move the needle for Physicians Realty Trust in 2022, given the targeted fourth-quarter 2021 close. It should help boost its FFO per share, which might finally position the REIT to start growing its dividend again. It hasn't given investors a raise since going on its shopping spree in 2017. That's not for lack of growth, as the REIT has expanded its funds available for distribution per share at a 3% compound annual rate since 2015, which is a much faster rate than what its healthcare REIT peers focused on medical office buildings have delivered in recent years.

Physicians Realty Trust is getting back to growth mode in a big way. It's now on track to make more than $800 million of investments this year, significantly exceeding its target. That will boost its FFO, potentially putting the REIT in a position to start increasing its dividend once again. Though with a more than 5% yield at the moment, this healthcare REIT is already rewarding investors with an attractive payout. 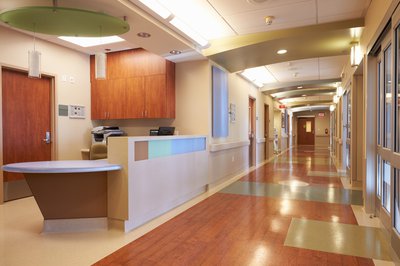 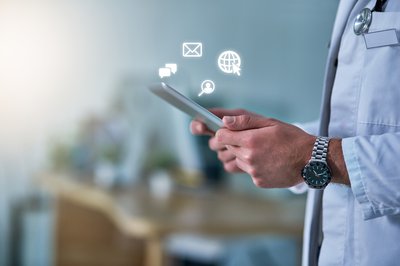 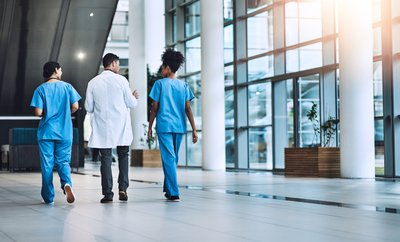 3 Healthcare REITs to Buy in October