There's $45 Billion Available in Rent Relief, but Where Has That Money Gone?

When the coronavirus pandemic first hit and millions of jobs were shed within weeks, it was clear that the U.S. was about to have a major homelessness crisis on its hands. Thus, a federal eviction ban was put in place that, after being extended, will expire at the end of June.

Landlords argued that the federal eviction moratorium was unfair and downright illegal, and some individual judges even agreed. But all told, landlords have largely been barred for more than a year from evicting tenants based on the nonpayment of rent.

Of course, once the eviction ban is lifted, tenants will have to either make good on their missed rent payments or risk being out on the streets. But evicting a tenant is hardly a wonderful solution for landlords. It can not only take time but also be frustratingly expensive. So, the typical landlord would much rather be paid past-due rent than endure what could be a very difficult legal process.

The good news is that there is money in line for landlords, albeit somewhat indirectly. The two most recent stimulus bills, signed into law in December of 2020 and March of 2021, included a collective $45 billion in rental assistance funds. However, rather than going into tenants' hands, that money is generally supposed to go directly into landlords' pockets as a means of catching tenants up on past-due rent and helping to make landlords whole.

There's just one problem: That aid is being distributed at the state level -- and to say the states have been slow in getting that money sent out would be an understatement. Unfortunately, that's doing delinquent tenants and landlords alike a major disservice.

Where's all the money?

You'd think that finding the money for rental assistance would be the biggest hurdle to jump on the road to solving the aforementioned crisis. But actually, getting rental assistance funds to the people who need it has proven to be quite challenging.

A big part of that stems from there being no centralized system for disbursing that aid. According to the National Low Income Housing Coalition, more than 340 different rental assistance programs are in place. Worse yet, many renters don't have the resources to discover these programs or figure out how to apply for them. And while landlords can apply on behalf of tenants, they too may face difficulties navigating the web of programs out there.

Meanwhile, landlords desperately need that rental income to not only cover their own mortgage costs but also pay their own living expenses in some cases. It's estimated that tenants might owe as much as $52.6 billion in past-due rent, though some estimates have that figure sitting as low as $8.4 billion.

Now, the good news is that according to the Mortgage Bankers Association, only 8.6% of tenants have been unable to pay more than two rent payments; however, 23.7% of all renters have at least missed one. On a national level, that certainly adds up.

Worse yet, there's still no official timeline for giving out that $45 billion in funds. So, delinquent tenants are now running up against a ticking clock -- and landlords are, understandably, running out of patience.

To be fair, this is the first time states have been tasked with setting up rent relief programs to dish out federal aid, and as frustrating as it may be, there are logistical steps that must be taken to kick off these programs. But the fact that funds aren't being distributed at the federal level certainly hasn't helped the situation at hand.

When the last two relief bills called for stimulus checks to go out to the public, states weren't asked to collect that money and dole it out accordingly. Instead, that task was left to the IRS. This begs the question: Why didn't rental assistance funds follow a similar path?

At this point, there's not much to do about the sluggish nature of the rent relief program other than waiting it out. But for some renters, that could spell the difference between homelessness and a roof over their heads. 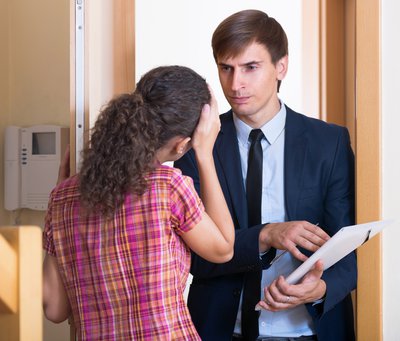 Were Smaller Landlords at a Disadvantage During the Pandemic? 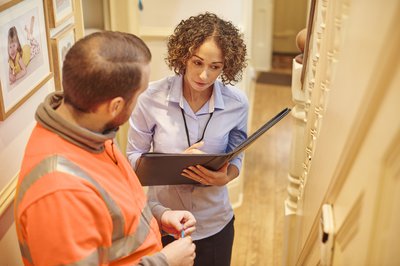 Good Intentions or Grounds for Discrimination? What Landlords Need to Know About Requiring Vaccination for Tenants