In 2020, more special purpose acquisition companies, or SPACs, went public than in the previous 10 years combined. However, it doesn't look like the SPAC boom is going to end anytime soon.

In fact, leading mall operator Simon Property Group (NYSE: SPG) is the latest of several real estate companies to form SPACs of their own. Here's what we know about Simon's upcoming SPAC, what type of business it might look to take public, and what investors should keep in mind before buying.

Simon's new SPAC will be called Simon Property Group Acquisition Holdings and will seek to raise $300 million in its IPO ($345 million if underwriters exercise their over-allotment options).

When the SPAC first goes public, it will do so as units, with the NYSE ticker symbol SPGS.U. Each unit will be initially priced at $10 and will include one share of common stock in the SPAC, as well as one-fourth of a warrant to buy another share in the future. So, if you bought 100 units, you would be entitled to 100 common shares and 25 warrants. After the SPAC has been public for 52 days (standard SPAC timeline), the shares and warrants will begin to trade separately.

SPACs typically give investors some clues as to what type of business they might aim to acquire, and Simon is no exception. But also like most other SPACs, the language is intentionally pretty vague. According to Simon Property Group Acquisition's SEC registration, "We intend to identify innovative businesses with the potential to disrupt various aspects of the retail, hospitality, entertainment and real estate industries and make a transformative impact on in-person and/or online experiences." That's a pretty broad pool of potential targets.

As one clue, in addition to David and Eli Simon, there are a few independent directors who will sit on the SPAC's board that could help point it in one direction or another. Specifically, Simon Property Group Acquisition's board includes Scarlett O'Sullivan, who serves as CFO of Rent the Runway; Bippy Siegal, a venture capital investor who was an early investor in Athleta (NYSE: GPS) and StubHub; and Ben Weprin, who is CEO of a hospitality-focused real estate firm and was also the founder of Graduate Hotels.

One key point to keep in mind -- especially given the broad range of potential acquisition targets -- is that we have no idea what business Simon Property Group Acquisition could ultimately take public. So, if you buy shares (or units) of the SPAC, you're essentially investing in management's ability to leverage their expertise and deal-making ability to find an acquisition target at a favorable price.

When it comes to the mall industry, it's tough to make the case that anyone has a better track record than David Simon. If you believe he'll be able to leverage his leadership of the largest mall operator in the world into a value-creating opportunity for investors, this is one SPAC you may want to put on your radar.

2 Mall REITs to Buy in October

Retail Sales Could Rise Up to 9% This Holiday Season 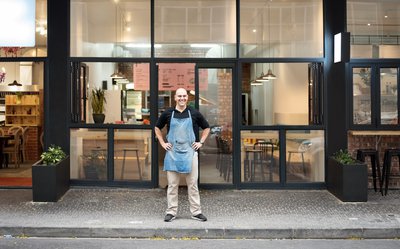 It Could Take a Lot More Than Vaccines to Save Retailers