In an uber-rare show of bipartisanship, the U.S. Senate today agreed to take out a $1 trillion mortgage on the nation's future by passing an infrastructure bill after months of haggling.

The package's future still faces an uncertain fate in the House before it would go to President Joe Biden, who has already announced his support for such a spending plan.

The bill renews existing transportation spending while adding $550 million in new funding for transportation, broadband, and utilities, and would be the largest such commitment of federal dollars in more than a decade, according to The New York Times.

The Times notes that while far short of the $2.3 trillion plan proposed by Biden in March, that $550 billion is about the same as the nation spent on the original interstate highway system, even adjusted for inflation.

The plan passed on a 69-30 vote. However, House Speaker Nancy Pelosi and that chamber's 100-member Progressive Caucus said they won't vote on it unless the Senate also sends to them a separate $3.5 trillion social policy bill. The House is in recess until Sept. 20.

The bill the Senate passed today does not include funding for housing, home and community-based care, manufacturing investments, or clean energy tax credits. It does, however, contain the following, as listed by Axios:

It all involves real estate in one way or some others

A look at that list shows a lot that could impact real estate of all kinds, even without the much-touted investments in public and private housing contained in the Biden administration's original proposals.

For starters, a healthy electrical grid is essential to pretty much, well, everything, everywhere. Then there's rural broadband. Businesses, education, and just economic and social growth in general depends on it in so many places currently beyond the current reach of decent internet connectivity. It's like electrification during the Great Depression: It helped lift people out of it.

Then there's all that emphasis on logistics, on enabling the movement of people and products by road, rail, air, and boat. Improving all that can only help mobility between central business districts, suburbs, exurbs, and beyond.

A 2014 study by the Economic Policy Institute argues that each $18 billion pumped annually into infrastructure produces $29 billion in GDP and 216,000 net new jobs in the first year of such an investment. Seven years later, we may be close to seeing if that holds true. That $550 billion we're talking about here is 30 times that.

Then there are all those industrial REITs involved in logistics, like Prologis and Terreno Realty. There are many more, of course. For instance, that spending on coastal resiliency? That could mean bolstering seawalls and levees, for instance, in an area that suddenly becomes prime for new commercial real estate and multifamily investment.

The bottom line here is that investors should follow this bill -- and then the spending that follows what eventually will emerge from Congress and heads to the Resolute Desk. After that, the real work starts.

Watch for infrastructure projects in your area and the investing opportunities that they then produce. After all, isn't all real estate local? 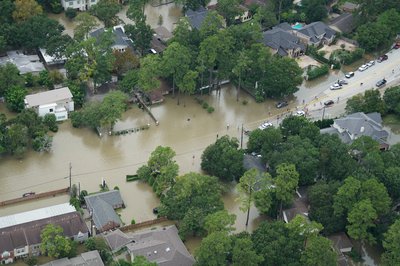 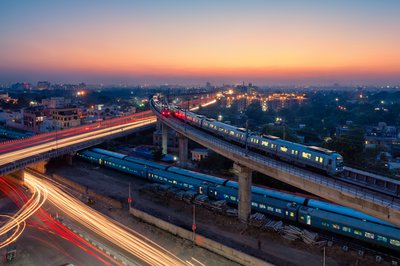 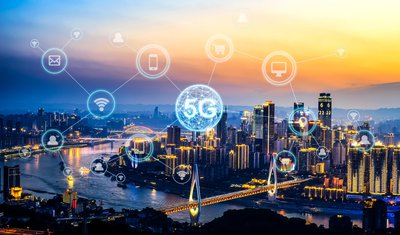