John Oliver Takes Aim at Senior Care: A Look at 3 REITs in the Space

Although it's technically considered a comedy show, the "John Oliver Effect" is nothing to laugh at. Oliver's Last Week Tonight on HBO has been uniquely effective at spotlighting governance failures in both the public and private sectors. Oliver's show has been credited with influencing public opinion on topics ranging from civil forfeiture, excessive bail requirements, and FIFA corruption.

Oliver's prescribed fixes include more government funding for in-home care services, increased oversight of senior care operators, and more time spent on workplace education and upskilling efforts. These will all cost money in an industry already rocked by COVID-19.

In the end, Oliver's efforts could impact real estate investment trusts (REITs) in the industry, but not all to the same degree. Find out why CareTrust REIT (NASDAQ: CTRE) is less exposed than Welltower (NYSE: WELL) and Diversified Healthcare Trust (NASDAQ: DHC).

The REIT Investment Diversification and Empowerment Act of 2007 (RIDEA) was quietly a game-changer for healthcare REITs. Before the act, healthcare real estate investments were confined to only lease income (typically triple net leases) with annual rent payments and escalations. RIDEA allowed senior REITs to include net operating income if a third-party manager is employed.

The act allowed REITs to move deeper into the operations side (think day-to-day management) of senior living facilities, meaning REITs could make more money through occupancy increases and operational improvement through what's referred to as a senior housing operating portfolio, or SHOP. However, this also brings added operational risk that investors should be compensated for bearing.

Oliver noted many operators in this space have paid millions to the U.S. government to settle claims, including the Ensign Group (NASDAQ: ENSG). In 2013, the skilled nursing operator came to an agreement with the U.S. government to pay $48 million in fines and a five-year oversight period from U.S. Health and Human Services while admitting no fault to allegations of overbilling and providing unnecessary services.

The next year, Ensign Group decided to spin off its real estate holdings, renaming the company CareTrust REIT. While the spinoff allowed CareTrust to diversify tenants and move more into assisted living facilities less dependent on government billings, it has the added benefit of directly removing the risks and added costs John Oliver addresses. To date, CareTrust remains a pure-play senior housing REIT without a SHOP.

Admittedly, CareTrust benefits from Ensign's growth and is indirectly exposed to any risks the operator faces on account of Ensign being a significant tenant. As of year end, Ensign represents 33% of CareTrust's annual rental income, with recent Ensign spinoff Pennant Group accounting for another 5%.

While tenant concentration and CareTrust's exposure to this industry is a risk, CareTrust has shown to be prudent with its risk management policies. Last year during the thick of the pandemic, the company was not only able to pay its dividend but was able to be opportunistic and buy $105.2 million in new facilities that year with an 8.9% effective yield.

Due to these actions, the company was able to increase the annual dividend 6%, to $1.06 per share, and shares currently yield 4.4%. CareTrust REIT is still a small operator in this industry, owning more than 200 healthcare facilities across 28 states and has room to leverage its strong balance sheet for smart and opportunistic growth.

Despite the risk involved with senior housing operations, it can be a lucrative proposition if done properly. However, success has been difficult to obtain. For example, take Welltower. The company is among one of the larger healthcare SHOP REITs and has operating exposure through its partnership with operating companies like Sunrise Senior Living.

Unfortunately for Welltower's investors, dividend growth has been hard to come by. From 2009 to 2019's high-water mark for dividends, investors only saw annual payouts increase by 28%. Last year, the risks associated with the company's senior operating portfolio multiplied due to COVID-19's effects on occupancy rates.

For proper perspective, Welltower's net operating income from SHOP fell 27% and forced the company to cut its annual dividend by 30%. Currently, Welltower pays an annual dividend of $2.44 per share, which is less than its 2009 payout, and yields 3.2% as of this writing.

Things could have been worse. Welltower benefitted from being more diversified than CareTrust as it pertains to property type due to the company's exposure to outpatient medical facilities, which comprise a quarter of the total property mix as of year end.

Despite the pandemic, Welltower's smaller outpatient medical division held up well and saw net operating income grow 8% year over year on the back of new acquisitions, rent increases, and 99% rent collection in the second half of the year. The company hasn't updated investors and provided guidance, as its SHOP will likely continue to weigh on results.

Diversified Healthcare Trust changed its name from Senior Housing Properties Trust in 2020 to better acknowledge its transition from a senior living REIT to a broader healthcare REIT like Welltower. Still, the bulk of its properties (59%) are held in its SHOP, with most being managed by joint ventures with Five Star Senior Living.

Even before the pandemic, Diversified Healthcare was exposed to risk from its SHOP portfolio. Five Star was plagued by poor operational performance, and former CEO Bruce Mackey raised concerns about the company's ability to continue as a going concern as early as 2018. New CEO Katie Potter has put the operator on firmer footing, but the restructuring has been difficult for both companies.

The two companies were able to come to an agreement to transition the management of a portion of senior living communities to other operators in exchange for Diversified waiving termination fees in exchange for Five Star stock. Unfortunately, due to COVID-19 hitting shortly after the agreement, the terms had to be modified, and Diversified Healthcare Trust had to cut its quarterly dividend to $0.01 per share and withdrew guidance. Shares currently yield 0.9%.

The John Oliver Effect is real, as the host has been influential in affecting change. However, the opportunity in the senior living REIT space is too large to ignore. The industry is on the cusp of the "Silver Tsunami," with the U.S. Census noting Americans 75 and older are projected to be the fastest-growing age cohort in the United States over the next 20 years.

Out of the three picks, CareTrust REIT has a higher dividend yield and less exposure to the riskier aspects of day-to-day ownership and management. As such, it seems the best way out of the three to play the increasing need for senior care.

Inspired by the idea of "making your money work for you" at a young age, mostly because he was a … Learn More 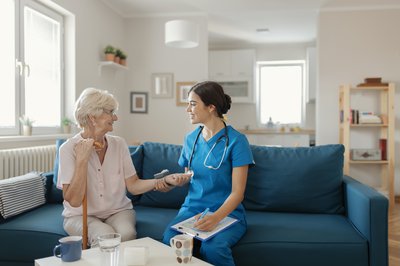 The Nursing Home Staff Vaccine Mandate: What Investors Should Know 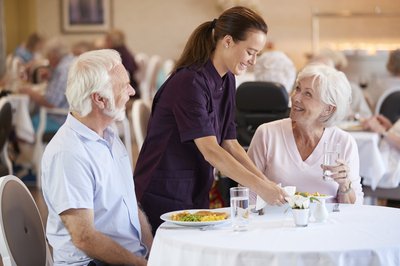 New Venture Will Invest $1 Billion in Senior Living: A Good Sign for the Sector? 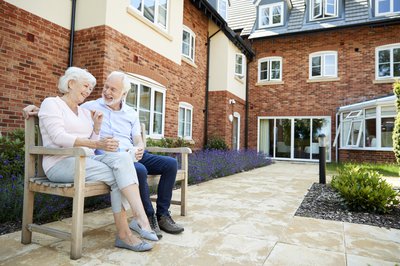 This Healthcare Acquisition Is a Leveraged Bet