How Does The Supreme Court Impact Real Estate Investors?

We tend not to think of the Supreme Court as having an impact on real estate investing but it does, especially when it comes to property rights. Over the years the highest court in the land has rendered many decisions that talk about what people can do with their property.

"The makeup of the Supreme Court and the individual justices that sit on the bench has a profound impact on our lives in the USA, and a make-or-break impact on some commercial real estate businesses," explains Jeff Holzmann, CEO at IIRR Management Services. "The reason for this immense impact is because all major local and government decisions, actions and sometimes even laws, eventually get challenged, accepted, or rejected (we like to call that Tossed Out) in the Supreme Court."

In fact, it was only last year that the U.S. Supreme Court upended years of precedent and decided that property owners have the right to go directly to federal court to argue claims that state and local regulations impede their property rights. The case at hand, Knick v. Township of Scott, centered on a Rose Mary Knick, a woman in Pennsylvania who owned land that includes a small cemetery. Scott Township required all cemeteries to be open to the public during the daytime and Knick appealed to the state court saying that the rule effectively amounted to property seizure. Once the town removed the notice, the state court declined to rule on the case. She took the case to the federal courts, which said that property owners have to go through state courts before appealing to federal legislators.

The Supreme Court majority decided that Knick and any other property owners have the right to go directly to federal court the same as any other citizen in any other matter that involves a violation of constitutional rights. The case was a fiercely fought 5-4 decision.

In 2012, the late Justice Ruth Bader Ginsburg was the author of the Arkansas Game & Fish Commission v. United States, an opinion which stated that the Takings Clause is meant to protect against all government invasions of private property, even if the intrusion is not permanent. The Takings Clause refers to a part of the Fifth Amendment which says that the government can only exercise the right of eminent domain under two rules: the first is that the property to be acquired must be for public use and the second is that the owner must be paid fair compensation for the property.

Why the makeup of the bench matters to real estate investors

"Many real estate agreements and disagreements have been debated before the SCOTUS, but those are one-offs," adds Holzmann. "What makes the most amount of difference -- and this becomes political very quickly -- is how the Justices feel about government intervention and deployment of public funds when it comes to commercial real estate."

In the coming year, the Supreme Court may be called upon to make a variety of decisions related to government bailouts as it did earlier this year when the Supreme Court ordered that the government needed to pay $12 billion to insurers in a case related to the Affordable Care Act. The Supreme Court can block or order the distribution of funds and this could mean certain bailouts, such as one for the airline industry, or perhaps one for hospitality as hotels face widespread foreclosures, may or may not happen. These types of cases could be very important for commercial real estate investors.

Another potential case that could head to the Supreme Court might be one of the cases debating the constitutionality of the current CDC eviction moratorium, a decision that would be very important to rental property landlords all around the country.

One case that the current Supreme Court has promised to address is the ongoing issue of the conservancy of Fannie Mae and Freddie Mac. Investors in the mortgage giants have said that the government's taking of profits from the two companies essentially has stopped them from building funds that could be available one day for shareholders when Fannie Mae and Freddie Mac exit government conservancy. The outcome of that case could hasten the companies' return to private ownership.

The confirmation hearing of Judge Amy Coney Barrett will be watched carefully, and there is some indication of her thinking with regard to property rights.

An analysis from Lexology reviewed Judge Barrett's past cases with an eye toward this issue. She was part of the Seventh Circuit Court of Appeals opinion decided this summer: Protect Our Parks, Inc. v. Chicago Park District. In this case, the plaintiffs were trying to stop the construction of the Obama Presidential Center in Jackson Park. Jackson Park is public land and the City of Chicago and the Chicago Park District saw the creation of a presidential center as aligned with that aim. The plaintiffs disagreed saying that the center serves the Obama Foundation more than it does the public. In Judge Barrett's written opinion, she found that the plaintiffs don't have a property interest in the park. As Lexology points out, the case doesn't give us a lot of insights into her view other than that she is likely to follow legal precedent on this issue.

The National Association of Home Builders issued a statement supporting President Trump's nomination of Barrett and specifically calling out her defense of private property rights and adherence to the Constitution.

Because of the power of the court, every justice is very important. "The decisions made by even one justice can have a huge impact on an entire sector, millions of employees and investors in commercial real estate properties, tenants, residents, and communities," says Holzmann. "That doesn't make it right or wrong, but it does make it American." 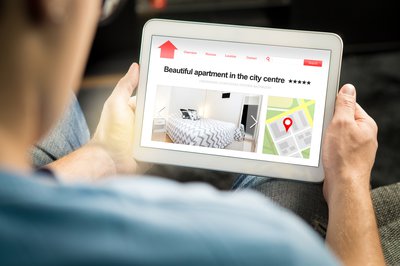 Vacasa Shows Why Matterport Has a Great Long-Term Growth Opportunity