Foreclosure filings have officially hit an all-time low. According to the Midyear 2021 U.S. Foreclosure Market Report from ATTOM Data Solutions, foreclosure filings -- which include properties with default notices, bank repossessions, and scheduled auctions -- sank 61% in the first half of 2021. They're also down 78% compared to 2019's numbers.

Altogether, from January through June of this year, only about 0.05% of all housing units had a foreclosure filing. Even in states with the highest foreclosure rates (Delaware and Illinois), rates are only 0.10% and 0.09%, respectively.

For investors and flippers interested in distressed properties, the trend has meant a dearth of potential investments. How long will it continue, though? Let's dig in. Foreclosures down -- but not forever

The sharp decline in foreclosures is clearly a result of the national foreclosure moratorium that's been in place for over a year now.

Those days are numbered, though. While the moratorium was just extended, the White House said it was the last and final extension. The clock will run out on July 31, at which point foreclosures will again be fair game for servicers.

Keep in mind, though: Mortgage forbearance options still exist. Though the deadline to apply for forbearance is quickly approaching (September 30 on government-backed loans), those who are already on a plan may have a while. Borrowers can request up to 18 months of total forbearance.

In short, it could be a while before foreclosures pick up steam -- assuming borrowers have taken advantage of these options.

As Sharga put it: "With the moratorium scheduled to end on July 31, and half of the remaining borrowers in forbearance scheduled to exit that program over the next six months, we should start to get a more accurate read on the level of financial distress the pandemic has caused for homeowners across the country."

Foreclosures may have bottomed out, but the potential for an uptick is there -- at least over the next year or so. If distressed properties are your thing, that could mean more potential investments down the line.

In the meantime, you may want to look toward the few areas where foreclosures are highest. Lake Havasu, Arizona, for example, has a 0.25% foreclosure rate. Cleveland; Macon, Georgia; and Peoria, Illinois, have higher-than-average foreclosure rates as well. 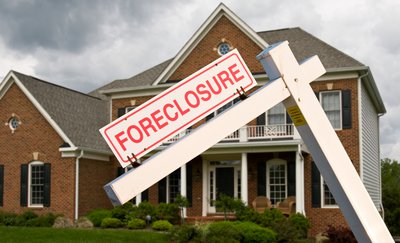