But soon, flood insurance could become a more expensive prospect. And that's something homeowners and real estate investors will need to keep in mind.

For years, beach house and coastal property owners have benefitted from heavily subsidized federal flood insurance. But now, those subsidies are shrinking, leaving property owners in coastal communities and other flood-prone areas with higher insurance costs to grapple with.

Why the change? Federal officials point to the need to have property owners understand the true risk of owning a home in a flood-prone area. And, the goal is to encourage property owners to move to or invest in areas that are less vulnerable to flood damage.

Of course, for some people, that means losing out on the benefits of a beachfront property. But the government is clearly no longer willing to pay for homeowners to enjoy those benefits.

Climate change has caused an uptick in flooding events in recent years, and the problem could easily get worse. Now, the government is pulling back on subsidies in an effort to reduce the financial toll of flood-related disasters.

If the cost of living in coastal communities grows more expensive, new construction in those areas might halt due to a lack of demand. And if developers target non-flood-prone areas instead, less overall property damage due to storms might ensue.

But while the government's logic may be fairly easy to follow, the impact on coastal towns could be brutal. In some parts of Florida, for example, the cost of flood insurance is projected to increase tenfold, as per data from the New York Times. And so real estate investors who own properties in coastal communities may suffer in two ways -- higher insurance costs and lower home values, as the demand for coastal properties shrinks.

Reduced flood insurance subsidies could also change the short-term rental market. Real estate investors commonly scoop up vacation homes that are beachfront or beach-adjacent because they have the potential to be major money-makers during the summer. But if those properties become too costly to insure, that strategy will need to shift.

Right now, the average annual premium under the National Flood Insurance Program is $739. And the program insures a good 3.4 million homes throughout the country. For 2.4 million of those homes, rate increases should be limited to $120 within the next year.

But 331,000 homes will face a more substantial near-term rise in costs. For about 25,000 of those homes, their first-year insurance costs could increase by as much as $1,200.

Of course, wealthier property owners and real estate investors with deep pockets may not have a problem absorbing the cost of higher flood insurance rates. But homeowners and investors on a budget might feel the squeeze.

All told, those multi-million-dollar mansions on the beach may not be impacted by rising premium costs. It's the smaller, modest homes found in smaller, modest towns whose value could sink as more and more homeowners are pushed out due to prohibitively expensive flood insurance. 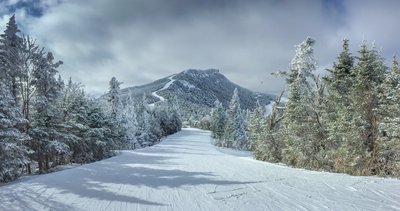