Could the Innovation and Competition Act Be Good News for Real Estate?

One thing our often divided government can agree on is the need to make sure that the U.S. is competing adequately against the rest of the world when it comes to science and technology. The United States Innovation and Competition Act (USICA) aims to do that by establishing a directorate inside the National Science Foundation to encourage research in areas such as artificial intelligence, high-performance computing, and advanced manufacturing.

This $250 billion bill could have some positive effects on real estate. Let's look at a few of the potential implications.

According to the bill, the Office of Science and Technology Policy will create a strategy for the federal government to improve competitiveness in science and research. It can be assumed that much of this work will take place in offices, which is continued good news for life science real estate around the country.

Another part of the act focuses on the creation of a supply chain and crisis response program. This will include building out regional technology hubs to encourage regional economic development. Grants will facilitate the development of regional technology strategies. And all of this is good news for commercial real estate.

The affordable housing crisis facing the United States and the world as a whole is going to take multiple pathways to solve. These could include modular construction and other technologies to make homebuilding more efficient and cost-effective.

"The real estate industry has been a slow innovator and adopter of technology and new materials compared to other industries," added Maribojoc. "The nation is facing a severe shortage of housing development. Along with changes in policy and financing, new technologies can help address this issue, which has been worsened with shortages in building materials and skilled construction labor."

We've talked before on this site about the impact of the computer chip shortage on home improvement and homebuilding. One of the major impacts of this act could be on the semiconductor industry.

The bill allocates $52 billion for domestic semiconductor research and manufacturing through the Creating Helpful Incentives to Produce Semiconductors for America Act, or CHIPS for America Act. Solving the chip shortage could also help speed up development in real estate.

An automated future for homeowners

"If the USICA passes, it will mean far more capital available for companies looking to push the boundaries of proptech with more bold bets on AI, AR, and consumer internet-of-home to give people more insight into their own properties and reduce friction in insurance, transaction, and borrowing processes," said Adrian Haldenby, Head of Data Science at Blimp Homes.

What does this future look like? Haldenby pointed out that one of the first aspects of this could be more consumer-facing sensors on water pipes and HVAC systems, giving homeowners the type of control that's previously only been available to large commercial building owners. In turn, that data could be used to fine-tune home maintenance.

The bill was passed in the Senate on June 8, 2021. President Biden has indicated he wants to work with the House of Representatives to pass the bill and that he is looking forward to signing it into law as soon as possible. In a press release, he mentioned USICA's potential, stating that it "would make generational investments in research and development and advanced manufacturing to help us grow critical industries and win the jobs of the future."

If the bill is passed, it will still take time to set up the necessary agencies and distribute funds, but it could herald advancements in a variety of fields as well as increase demand for office real estate.

The Motley Fool has a disclosure policy.
Get our 43-Page Guide to Real Estate Investing Today! 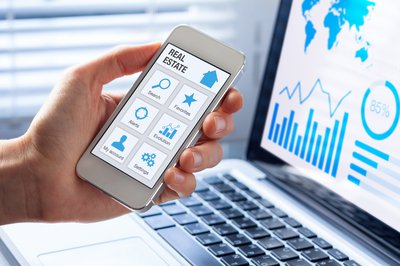 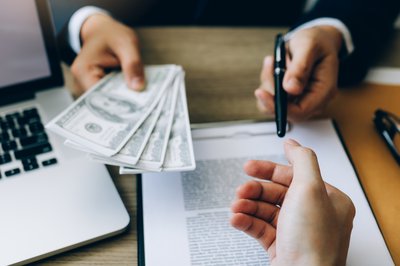