In the small pack of data center real estate investment trusts (REITs), QTS Realty Trust (NYSE: QTS) and Equinix (NASDAQ: EQIX) are two very different animals. With a market cap of about $67 billion and 214 data centers, compared with $4 billion and 26 for QTS, it's pretty clear Equinix is the 800-pound gorilla here, but which is best worth monkeying around with now?

What they have in common

Both are in an essential business that saw revenues stay steady as their diversified ranks of clients paid their rent, kept spaces occupied, and signed new and renewed leases at a healthy pace.

Both also have strong growth histories and are investing in future expansion. For instance, Equinix just expanded into India, opened its 11th data center in Tokyo, and now has a presence in five continents.

QTS, meanwhile, said in its second-quarter report that it has grown its federal contracts, raised the guidance on its capital expansion budget by $100 million to $650 million to $750 million, and plans to end 2020 with 258,000 additional square feet of raised-floor center capacity over the 7 million it had at the beginning of the year.

Some comparable numbers push the needle toward QTS

Because of their difference in size, let's rely on some metrics that can be more directly compared.

However, QTS declared a cash dividend of $0.47 per share for the second quarter, the third in a row for that amount. The yield of 3.02% is pretty equivalent to the 2.96% average right now for industrial REITs.

Equinix, meanwhile, is yielding 1.41% after declaring a second-quarter dividend of $2.66 per share, which, like QTS, was the third in a row at that amount. (Check out this piece for Millionacres' Kevin Vandenboss's take on why Equinix's modest payout ratio may not matter for retirement investors.)

Here's why the nod goes to QTS

So, just from that standpoint alone, if you consider them equally attractive for their business models and operations, there's a bit more room to run for QTS. There's also a higher yield right now and a decent history of steadily rising payouts that can be expected to continue.

QTS also said that it had same-space renewal rate increases of 2.6% in the second quarter and expects customer churn of only 3% to 5% this year. The company also reported a backlog of signed, but not yet commenced, annualized revenue of approximately $111 million at the end of the quarter.

That income flow plus rental payment rates above 90% and a predominance of five- to 10-year contracts also lend stability to this stock and confidence in its ability to potentially outperform its much larger brethren. 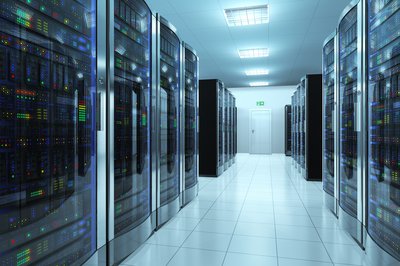