Are Solar Suburbs the Solution to the Housing Shortage? Elon Musk Thinks So

As if changing the auto and aerospace industries weren’t enough, Elon Musk is now taking on another realm: Housing.

It’s true: Musk’s company, Tesla, is laying the groundwork for a full-on solar-powered community. The location? None other than Austin, where Musk recently relocated and where Tesla and SpaceX have massive manufacturing plants in the works. (Yes, massive. The Tesla plant alone aims to employ a whopping 10,000 people by next year.)

The moves have Musk looking to tackle Austin’s dwindling housing supply, which currently sits at just 1.1 months, close to the lowest point on record. Musk even tweeted as such in April, writing, “Urgent need to build more housing in the greater Austin area.”

Now, his company is taking steps to address that very need. Let’s dive into the details -- and what it could mean for housing overall.

Just months after Musk’s housing-related tweet, Tesla announced a master-planned community on Austin’s east side, one largely powered by solar energy (via Tesla’s technologies, of course.) The neighborhood has been dubbed SunHouse at Easton Park and is being developed in partnership with Brookfield Asset Management (NYSE: BAM) and real estate developer Dacra.

All homes will be fitted with Tesla V3 solar roof tiles as well as a Powerwall 2, a rechargeable wall-mounted, solar-powered battery system. Properties will also have electric vehicle charging stations.

“Our goal is to establish that fully sustainable neighborhoods are not only viable, but the best practical and economical choice,” said Craig Robins, CEO of Dacra. “Together with Brookfield and Tesla, we are trying to change the world by creating technology-driven, energy-independent communities that make the world a better place.”

Once operational, Tesla Solar will provide oversight of the neighborhood’s solar energy, while Brookfield will manage a community-generated solar program for public use and to serve surrounding neighborhoods.

It’s an interesting approach to Austin’s problem and also has implications for the entire state, which has been plagued with energy grid problems since the freeze back in February.

As the announcement explains, "The security and efficiency afforded by this technology yields benefits for both residents and the larger metropolitan area. It is anticipated that residents of these homes will produce sufficient energy to supply daily needs and reduce the daily demand on the electric grid. Residents will be provided with backup storage in the event of a power outage and potentially could be compensated for returning power to the energy grid."

The first phase of construction has already begun on SunHouse. The companies have said these initial properties will serve as the guide for future phases as well as a wider approach to more sustainable housing worldwide.

"The master-planned community of homes will be the final phase of the process, with the goal of establishing an energy-neutral, sustainable community and a model for the design and construction of sustainable large-scale housing projects around the world," the announcement reads.

Tesla’s solar suburb may be aimed at solving Austin’s housing problems, but it could have further-reaching implications should the community be successful. It could also point to an incoming wave of more sustainable developments, not to mention more ESG investments to keep an eye on. 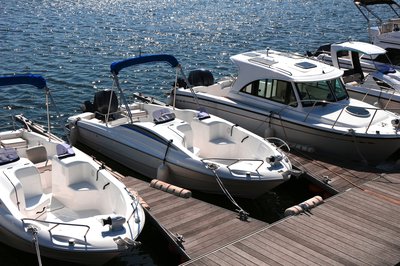